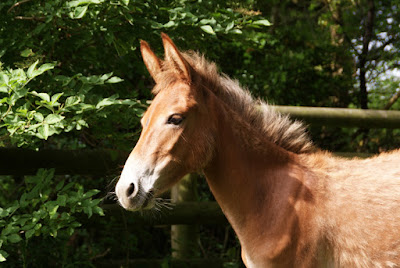 David is a tolerant sort of a guy and has always been happy for me to have seven horses. The eighth one, he said, would be called "Divorce". However, a mule does not apparently count as a horse so here is Henrietta, Henry the Eighth. 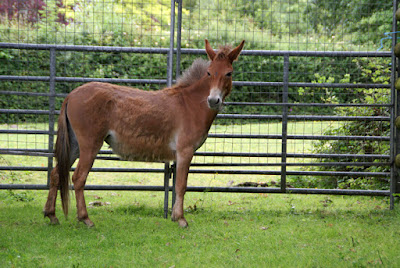 Perhaps it was inevitable that she would end up with me as I have always taken a keen interest in her life out on the Forest where she has lived in relative peace for the first two years of her life. Unfortunately her feet really need some urgent attention necessitating her coming in off the Forest. 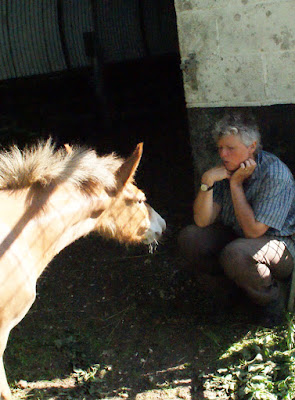 I'm hopeful that it won't take too long to bring her around using No Fear, No Force techniques but if necessary I will have to have her heavily sedated to get her feet done sooner rather than later. We'll see. 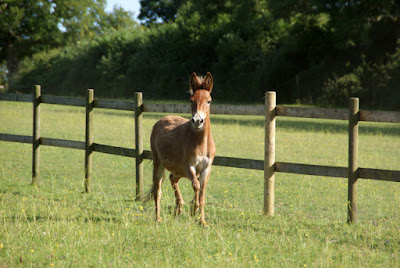 My original intention had been to keep her in the pound to begin with, concerned that she might try to escape back out onto the Forest. However she arrived in a big horsebox which couldn't be driven across my fields and she happily followed her old owner's two ponies across my fields. I was told that she bonds with new horses in about five minutes flat. 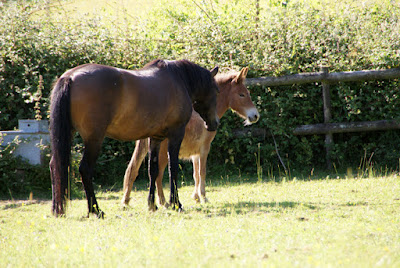 That certainly proved to be the case when she settled in for the evening with Nettles.

I don't know that much about her past or actual breeding. There were two orange mule foals out a couple of years ago and I have often got the two mixed up. More recently I have definitely seen her at Telegraph Hill and then at Fritham itself. I am told that she is actually out of a Welsh Section A mare with (obviously) a donkey father.
Posted by Loisaba Wildlife Conservancy at 8:39 PM