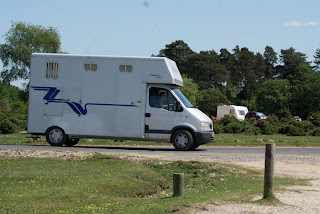 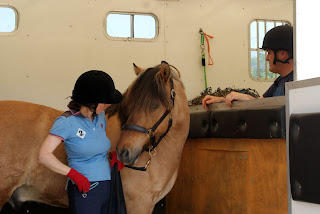 Special delivery for Weston as Shay and his owners arrive at the fields. This is his first return journey since I went out to do some loading training with him a while back. Since then his owners were able to dispense with the panels almost immediately and have been practising regularly. They've also done a couple of circular journeys. They wanted to come to me just in case they needed panels to load him to go home. 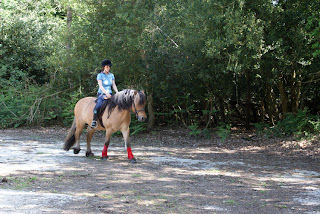 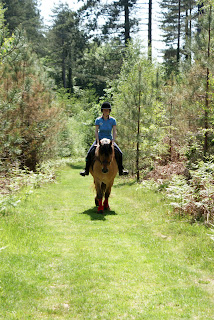 While they were over, B wanted to see how confident she would feel about riding him out on the Forest. We worked with a few breathing and energy techniques before she set off, most of which I have openly pinched from Mark Rashid and Amanda Barton. However, if she wanted to carry on with this sort of work I would point her at Amanda so it would all be fair in the end! 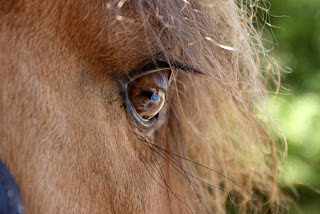 "So nice to have photographic evidence of just how relaxed he was. I'm so pleased with how it went yesterday, it's such a confidence boost. I realised that the reason I can cope with shows and not hacking is a lot to do with having time to build up to riding - going for a walk and then doing the exercises gave me time to calm down - whereas when I've hacked out it tends to be off the box and on the horse."BW

Later it was time to work with Rye. We have narrowed down the trigger to his traffic shyness and it does appear to be vehicles at a given distance passing behind trees. First of all we went off for a little ride with a rather exciting encounter with the Shetland pony herd that came galloping past much to Rye's amazement. 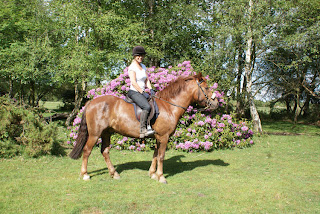 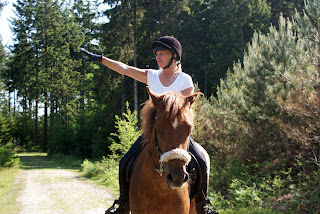 Next we started off in the usual way, asking Rye to follow and then be followed by the car including some overtaking, before setting him up at the distance where he has been known to struggle. No problems today and you can see in the last picture he has floppy dressage horse ears. 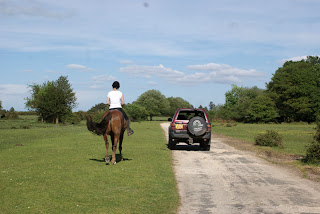 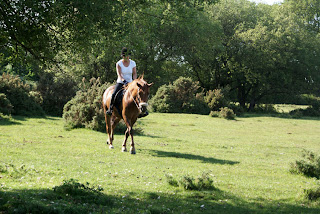