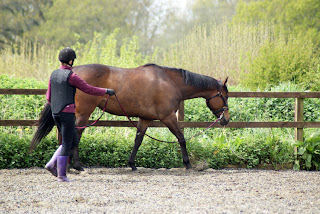 It's been a while since I saw Lucy. Her owner has been working on her groundwork including single line work (not lunging) in the interim. Lucy is much calmer than she was and accepts direction much more easily. However, when her adrenalin goes up, she tends to move around in circles or to turn and face you. Today we worked on asking for straight lines, using the fence-line as a guide on one side and body language on the other. It worked!

In the meantime, Rye had his second trot and his first canter today. He also went around the woods with Linda on his own for a while. 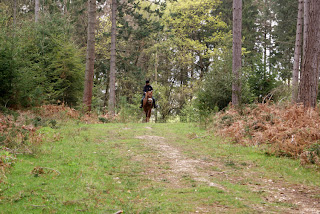 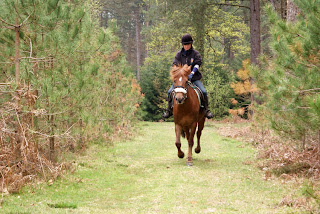