There's a useful mantra that I have been working with recently in respect of my own life, letting go of some old stuff that has been getting in the way. I'm starting to see that it has a relevance to horses and humans alike. Today I went out to work with a super young horse called Jasper. Just six years old he has not been spoiled or spoilt and is proving to be a very good find for his new owner. She has had a difficult time loading a previous horse that she had, not helped by people who were trying to help, which resulted in him rearing and frightening her.Trying to leave behind images like that is not easy - nerves are there for a good reason - but it was important to understand that Jasper is different and wouldn't present the same behaviour. The phrase That was Then and This is Now came in very useful. For Jasper himself this was a copybook session - learning to load bit by bit until he was happily going in and out via whichever ramp we chose. 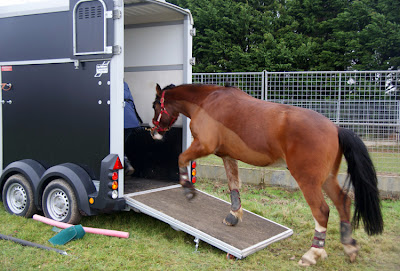 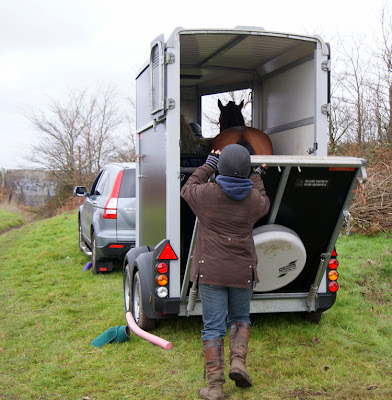 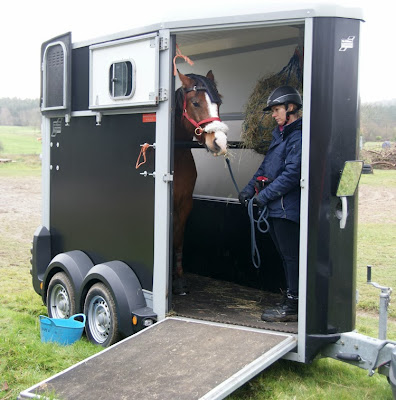 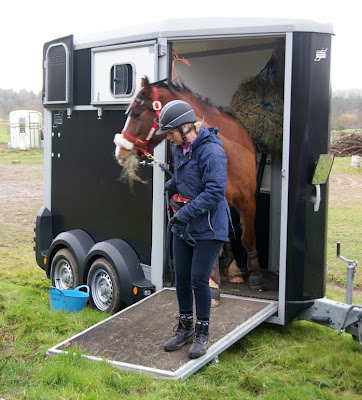 For horses that have had poor experiences in the past it's also a good mantra to use. Horses, like humans, store their memories as pictures. They have no other way of storing them. They are probably more like short movies which they archive under headings such as "What happens when a person approaches me". Our job is to dilute any bad memories with as many good ones as we possibly can so that when they throw open their storage file as someone approaches them they are likely to fall on a good picture rather than a bad one. Saying phrases to them like "That was Then and This is Now" might not mean anything in terms of the words that we use but the energy and good intent with which we say it will definitely help to bring joint adrenalin levels down.

"Thank you so much for your help today. As you probably noticed, I was very nervous when you arrived due to my experiences with my last horse. It didn't take long, however to realise that you had Jasper 'eating out of your hands'. He was calm the whole time and learned to fully trust you. When I took over and he loaded like a pro, I was so pleased and knew I'd done the right thing by asking for your help. It was an incredibly stress-free experience for both Jasper and myself. This is exactly what I had hoped for today.
The photo's are lovely and will serve to reinforce the feeling of calm and confidence from out training today." JF

Postscript: I have suggested that J asks an Ifor dealer to put in a third setting for the bar in her trailer so that it is neither to high (and pressing on his esophagus) or too low (so that he is tempted to jump over it). It is always worth thinking of padding the front bars of forward facing trailers too as they can bruise the chest during braking.