Just when she thought it was safe to go out, Indy has been reunited with Rosie. It has to be said that she detested this pony when they last lived together and seemingly replied to Rosie's "See you later" with "Not if I see you first!". At that time they were both too young to be leaderless and Indy felt the loss of Petra and Theoden as her foster parents very badly. She really lost her confidence. It must have come as a great relief when Charly decided to buy her since that meant she could be with them again. Now with a lot more confidence and independence she greeted Rosie as a slightly odd if not old friend and they soon settled down to eating hay. 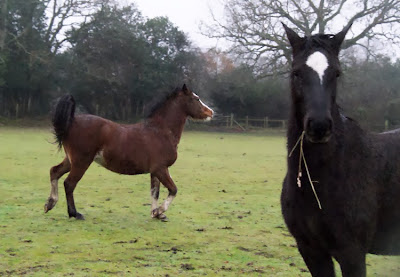 Rosie has come in for a little leading work but really to wean her from her own sister. Their mother delegated responsibility for this foal very early on and Rosie has been her little mother ever since. It meant that there was pandemonium if ever Sally wanted to take Rosie out of the field although it has gradually improved. The time felt right to make the bigger break and give Rosie some much needed rest from the attentions of her garrulous sister. 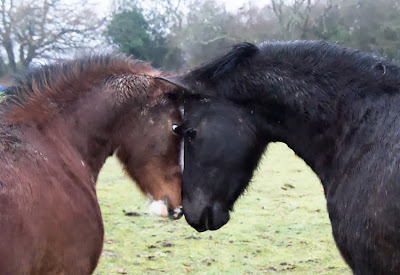 Although Rosie lived on a pig farm for a while she was never formally introduced. Later today she got up close and personal with one of our visiting pigs. 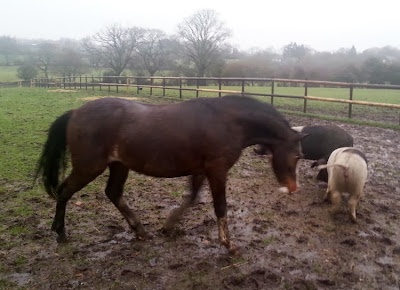