For Ele Fans there are elephants all over Loisaba and the Conservancy has now been secured by the Loisaba Community Trust so that it can remain a natural place of sanctuary for wildlife: Loisaba Forever Poaching remains a significant problem throughout East Africa as well as the pressure of the local farming communities who need somewhere to graze their ever-growing populations of goats and cows. 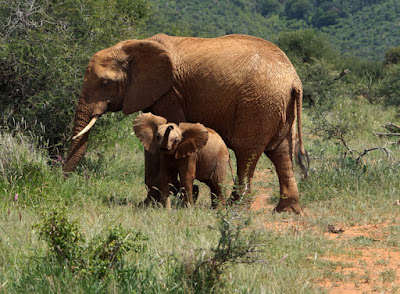 There are currently over 700 elephants in Loisaba many of which are resident, choosing not to migrate, whilst others are migrants coming in to breed. The dilemma is whether to advertise the fact that they are there at all - their existence is supported by tourism and the tenacious charity Space for Giants:  Space for Giants who need to appeal for funds. On the other hand it would be nice to keep them a secret. 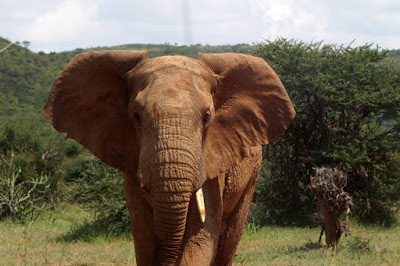 Space for Giants employ a number of researchers, including Daniel Lentipo, that we met at Loisaba. He can identify most of the older elephants by the shape of their ears. 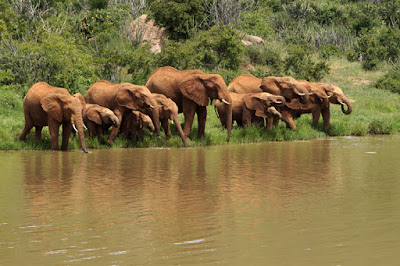 Daniel started out at school as the area representative for the Wildlife Club who sponsored him to become a wildlife guide. Then he worked for 9 years for Save the Elephants before being approached by Space for Giants. 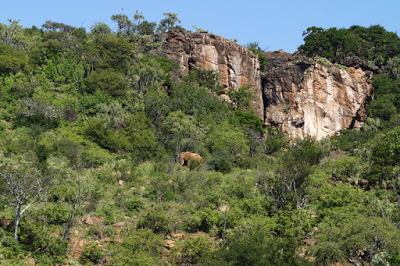 He also analyses the movement of migrating elephants to establish their normal routes, unusual routes, and places where they 'streak' across in a straight line which is often an indication of a hot spot for trouble, where the elephants know they are in danger. For this Daniel depends on radio collars which give an intermittent GPS signal. 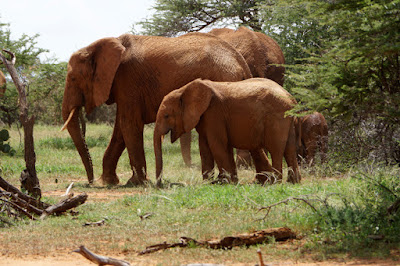 To get close to the elephants, Daniel uses body language from inside the jeep, raising his hand out of the open side as he approaches so that the elephant can guage how tall he is (not very!) 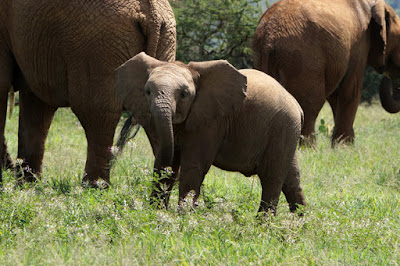 He also relies on the elephant assessing his motive, energy and intent. It's clear that he loves them all and we now think of them as Daniel's elephants. When approaching them alone we told them that we were friends of Daniel. 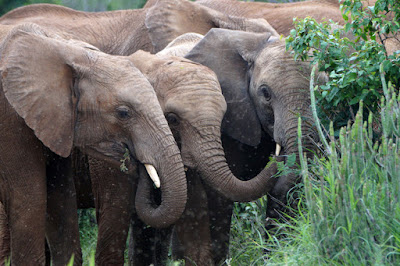 We were able to watch the ablutions of several elephant, each taking it in turn to have a mud bath and a dust bath. Trees surrounding the mud baths are finely honed by the tusks of the elephants so that they look like smooth stone. 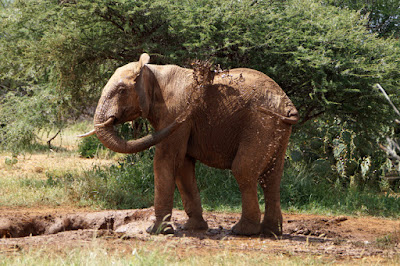 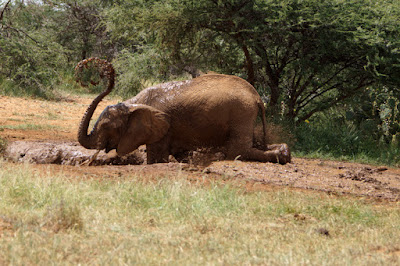 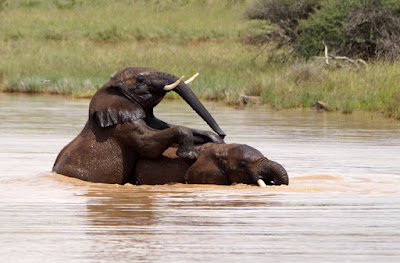 The hippo was none too impressed when her favourite pool was taken over by elephants who had clearly not read the sign about not running, pushing, bombing, acrobatics, or petting. 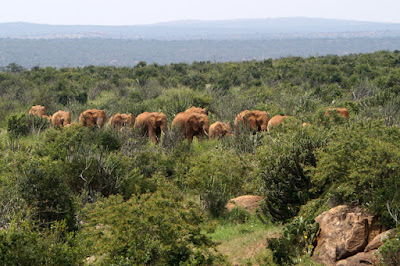 There was certainly a 'military air' as the elephants crossed to the water hole: Colonel Hathi's March 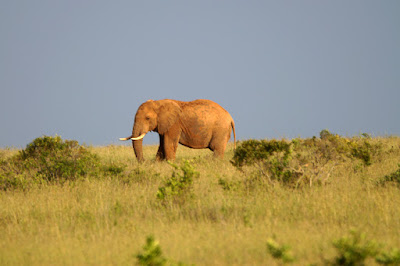 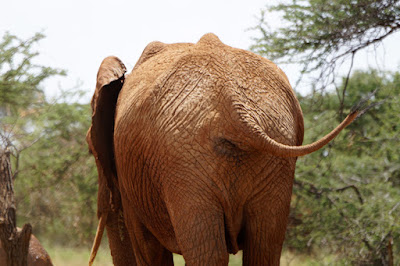 Posted by Loisaba Wildlife Conservancy at 8:59 AM