I fear that I am going to have to watch the film Frozen no doubt resulting in a permanent earworm from the soundtrack. According to Wikepedia the heroine,  Elsa, has the magical ability to create and manipulate ice and snow and struggles  with controlling and concealing her abilities and then with liberating herself from her fears of unintentionally harming others. Little wonder that I have two horses with the same name to work with over a period of four days. 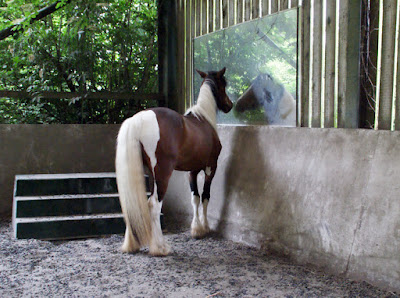 Today's Elsa is a two year old coloured cob cross New Forest pony that has found her way into the ownership and hearts of Sue and Violet in Dorset. They contacted me because they wanted to know the best way of preparing her for her ridden life in another couple of years. 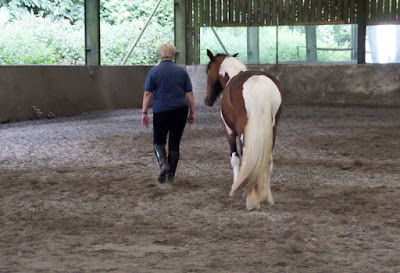 We started off by turning her loose in the indoor school so that she could let off any steam that she needed to. This turned into an opportunity to experiment with some low key loose schooling, using body language to ask her to follow her handler around. 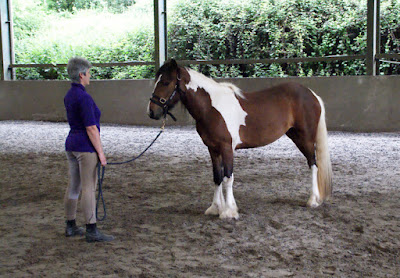 Once on the lead rein we worked on asking her to stand still and not to walk into her handler's space when asked not to. Like a lot of horses she has learned that approaching people results in a lot of fussing and so we wanted to show her that all she needs to do is to stand still, and she will receive fuss (a lovely rub) anyway. 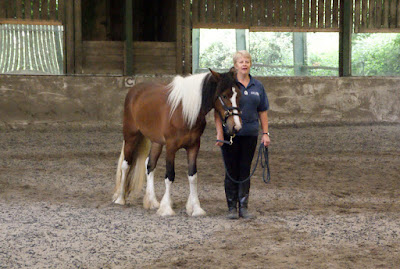 We also worked on leading, asking her to walk when we walked and to stop when we stopped without having to be pulled at all. 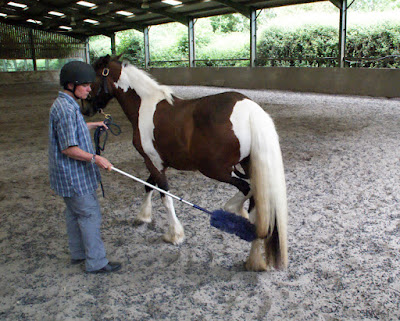 The afternoon session was not so straightforward. After a break of 3/4 hour during which she was stabled with feed, I began a session of desensitisation with her. At first she accepted the feather duster really easily but became annoyed when it touched her back leg. 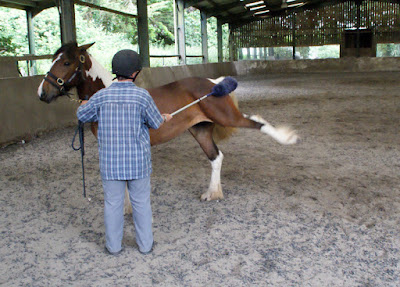 Normally a horse's reaction is to settle down and accept the touch of the feather duster which most horses find pleasant especially as I use a deep, flat, slow touch. 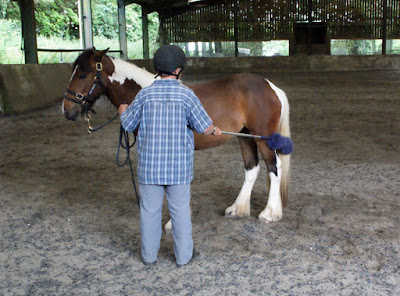 However, Elsa went through a range of reactions from kicking out to circling me  at a walk and a trot, sometimes pushing towards me with her inside shoulder. Further discussion revealed that she has always had a tendency to do this when she is annoyed by something and often this has resulted in people stopping. As well as that there has been a bit of a battle over worming which resulted in her being twitched. 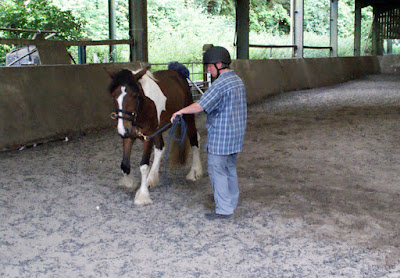 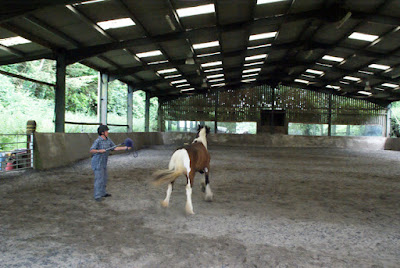 After persevering for a little while, I felt that discretion was the better part of valour and tried to find one good note on which to end. We can come back to this on another occasion. 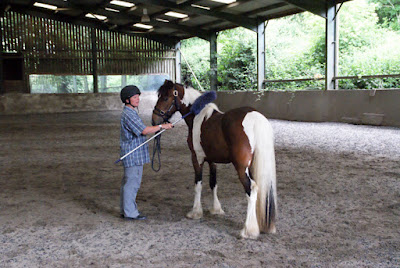 To take her mind off it, we changed the subject to other interesting obstacles at which she excelled. 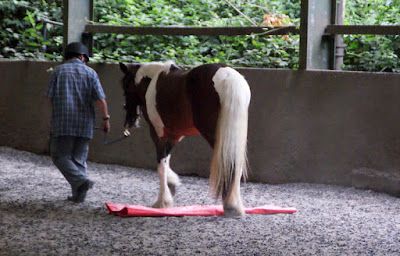 This just proves that she is not generally frightened of anything but does feel the need to protect her body when she feels threatened. Looking forward to working with her again as she is extremely bright and obviously very beautiful. 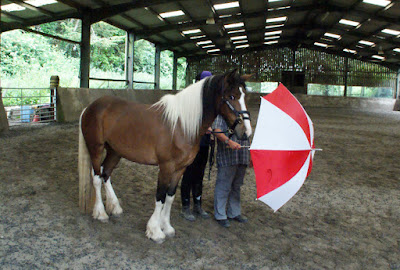 "Thank you Sarah for all you work and help with Elsa. Both Sue & I learned a lot on Friday. She's going to be great fun to work with!" VW

On the way over to Elsa we called in at the Exmoors that live en route. Their owner was about today so we had a nice chat... 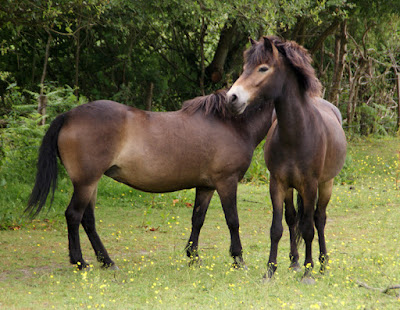 ...and Laura, whose last day with us was today, got the chance to say hello to Acorn. 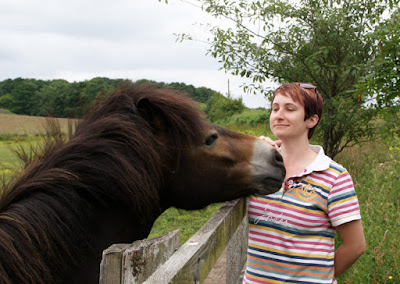