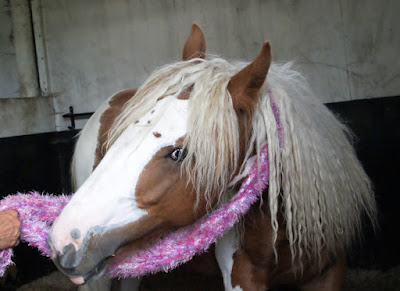 It was delightful to start the week with the West Country girls, Bodmin Moor Pony, Elsa, and her Dartmoor Hill Pony friend, Crystal. Teresa has continued to make great progress with both ponies so that they are much happier to be touched, to be caught and to be around people. However, a couple of incidents where Elsa ran off with the lead rein have put her off lead reins and headcollars. The jangle of buckles and the hardness of the fabric seem to be the main factors since she continues to accept the soft scarf really easily. 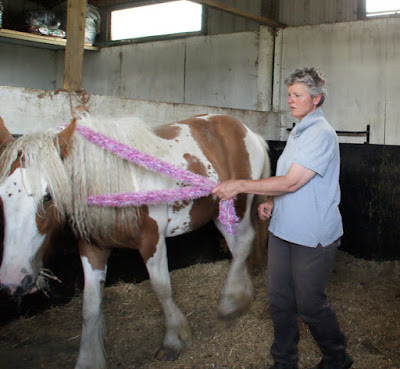 I worked out that the main reason why she got into trouble with the lead rein in the first place is because she struggles to follow a pressure to the left and her natural, non-thinking, you've got it, reflexive, automatic respond is to turn in the opposite direction. We worked on that in the easiest way, applying a little pressure on her neck with the scarf and then asking her to move her bottom away. 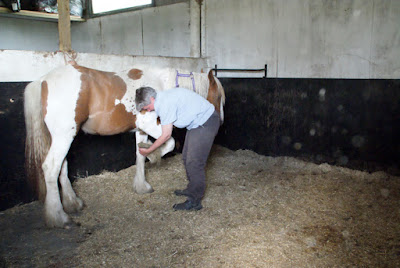 Sometimes it's a good idea to do two jobs at the same time or rather to do a bit of one and then a bit of the other. I started to teach Elsa in incremental steps to pick up her feet and then to have them held and in between each foot I moved her headcollar about on her back and neck so that it became 'nothing'. 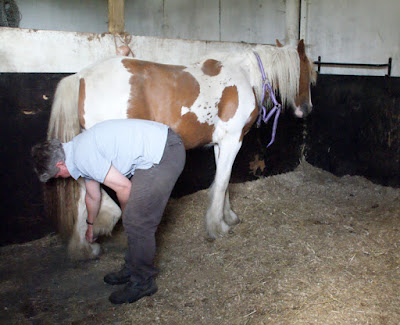 Next I started to work with Crystal. Teresa has been putting her headcollar on over the stable door as occasionally Crystal can be a little sharp, presenting her bottom if she's slightly worried. I began to work on putting the headcollar on in the stable. 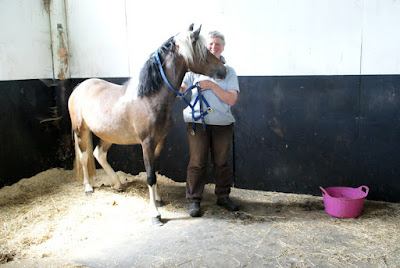 That went well and so I repeated it three times before Teresa took over from me. 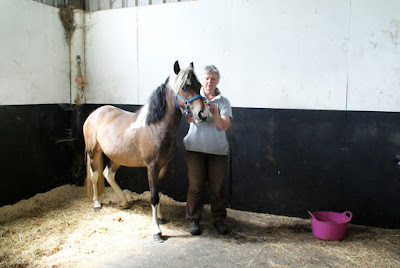 Before taking her outside I wanted to know that she knew how to follow a pressure. 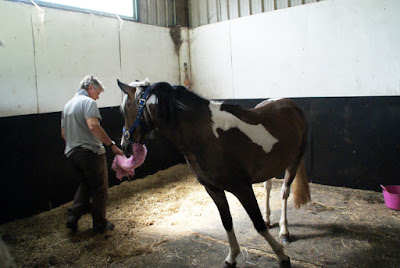 Then we started to do little tours of the yard, passing Elsa on the way. 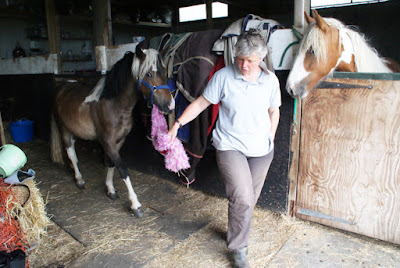 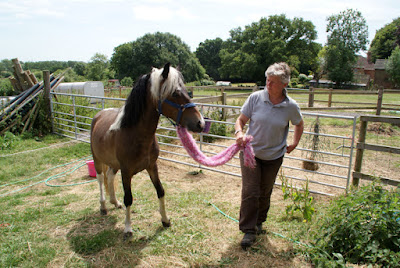 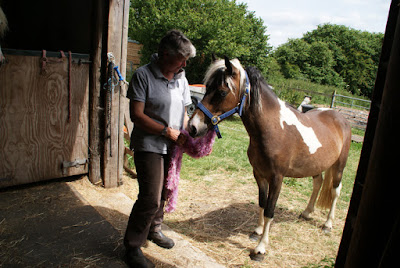 We finished with some foot handling work. 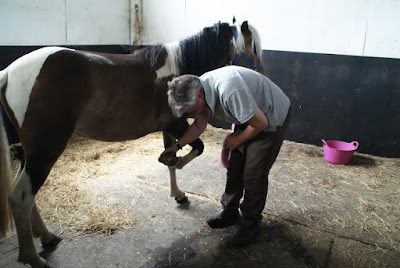 You'll see that I ask her to pick her back foot up forwards for the first few times. 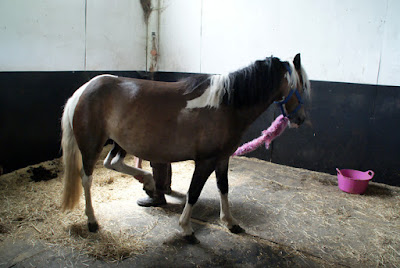