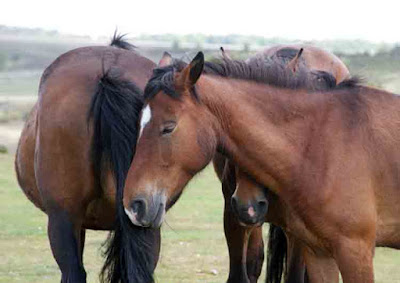 The New Forest ponies are finding the best places and positions to take advantage of the breeze and each others' tails to avoid the insects; they're not averse to sharing one tail between two. 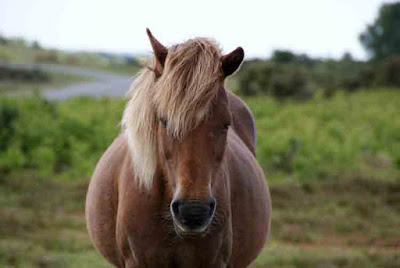 Second visit to Dolly today and the good news is that she didn't barge once today. More than that, for a pony that has been pretty spooky in the past she tried really hard to accept the new things that she met today and was soon looking at things with curiosity instead of fear. 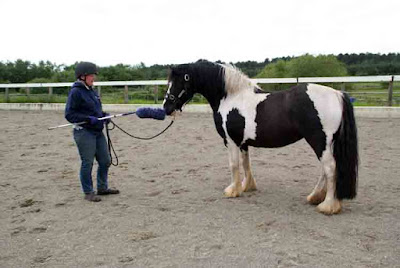 At first the feather duster prompted a potential kick... 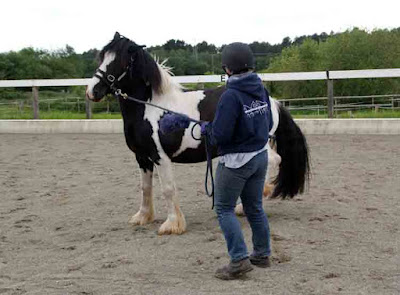 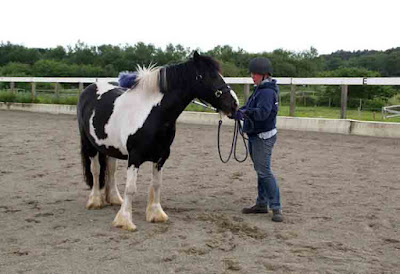 ...and when it came to the carrier bags she thought it was all old hat. 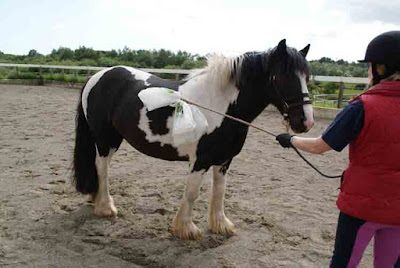 She enjoyed following the brolly and wanted to know how it worked... 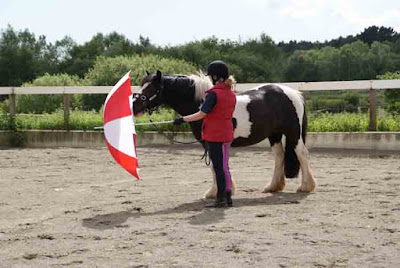 ...and accepted it coming by. 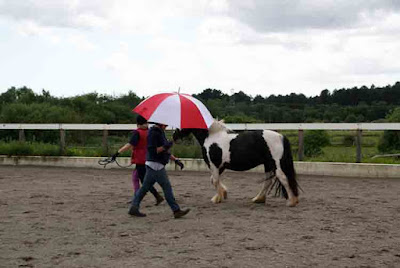 The tarpaulin was a doddle. 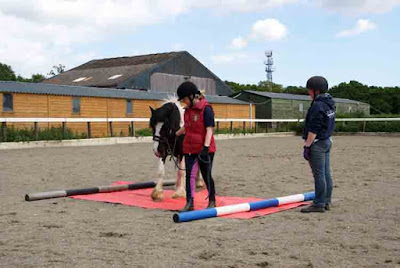 I knew that Dolly has run away with the long reins previously so I went through the preparation exercises really carefully. 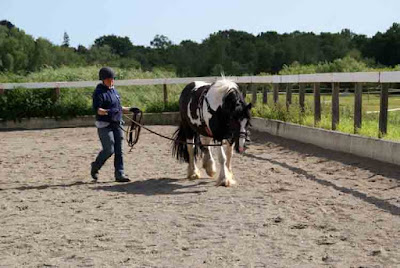 She seemed very calm - here turning to follow the pressure with the rope in contact with her hindquarters. 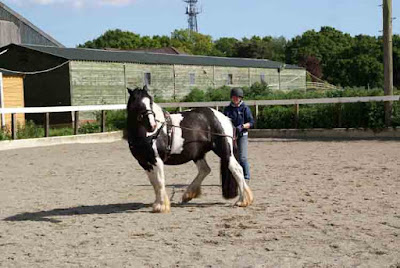 However, once both reins were on a loud bang in the stabling area set her off into a run... 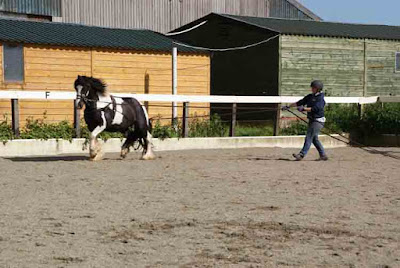 ...and she went on a tour of the school until she stopped at the gate. 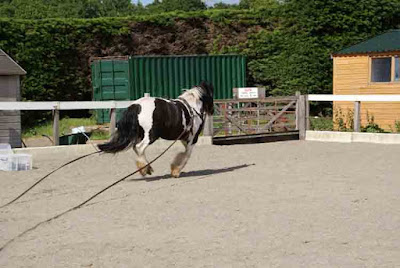 I needed to let her know that she wasn't in trouble at all so quietly picked up the reins and began to ask her to take just a few strides along the fenceline in each direction before asking her to turn and go in the other direction for a few strides more.

Unfortunately Dolly has run away with three riders in the past and so I need to assess whether she is a true bolter or not. The next time I work with her it will be interesting to see whether she attempts to run again or whether she settles down. I shall go through the preparation exercises again and then start off in the same way as I ended today. 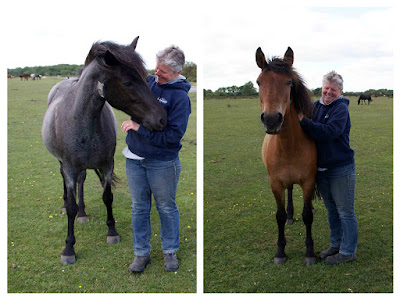 Took the opportunity to say hello and goodbye to my two Forest ponies just in case I don't see them again before I go away on Saturday.