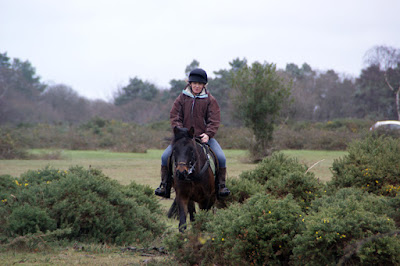 With no new home for Nettles and three weekends off in a row due to the weather and the hunt, it was wonderful to see how well he behaves after such a long break. Not a foot wrong this morning. We need Julie to win the lottery so that she can have him. 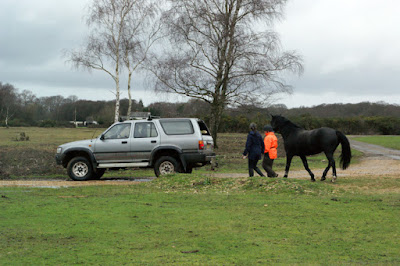 Irish Sports Horse Branna came in for a couple of hours to work with traffic down the wartime airport perimeter road. Meeting vehicles in narrow lanes she is inclined to back into whatever is behind her, including gates and ditches. 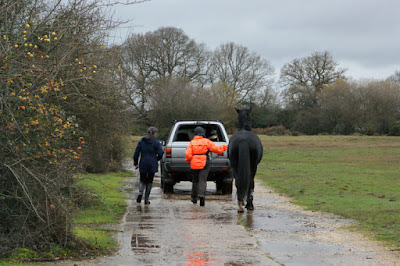 Same old, same old, technique, 'chasing the vehicle at the start and then dealing with 'fly pasts'. I like to add in clickered treats but Branna said that she would rather spit on my barley rings and carrots. 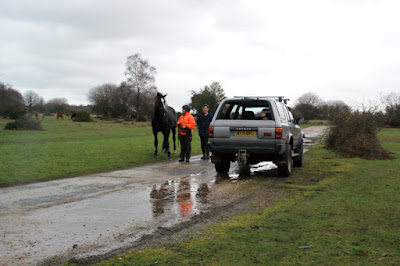 While Julie went off to get hold of some interesting coarse mix we continued to work and things were gradually improving... 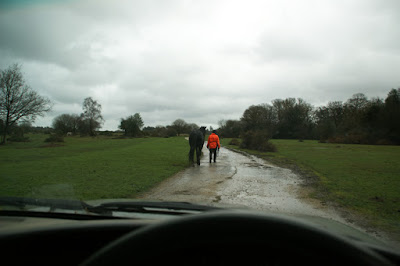 ...including being followed by a vehicle and 'fly-pasts' from behind.However the mix made such a difference that we were able to move on to ridden work... 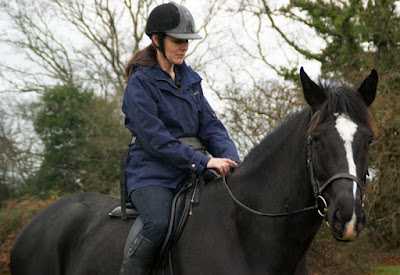 ...and setting up the clickered halt for the next time we work together. 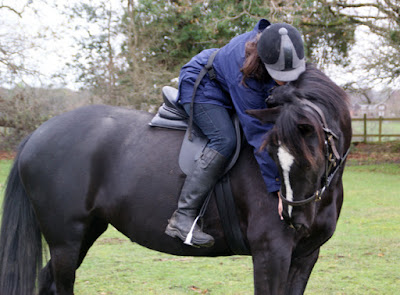 Our second Irish horse of the day was Dizzy...in name at least. 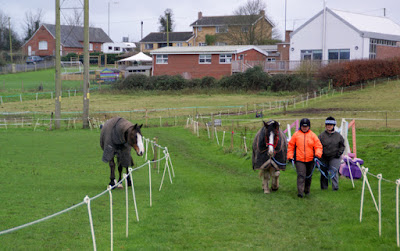 Dizzy doesn't like being in the stable yard which is enclosed on all four sides, save for the gateway, and whirls around in circles. 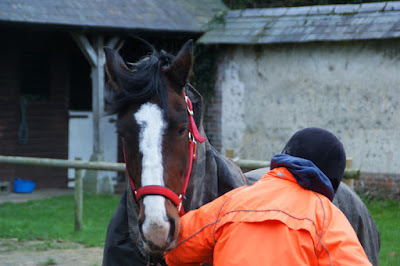 Setting up a few boundaries and moving Dizzy forward, backwards and sideways, gave her something else to do... 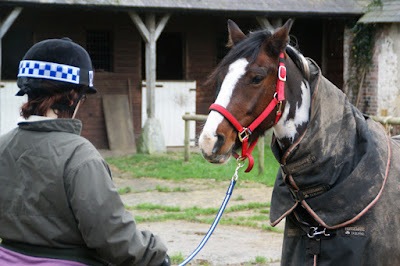 When tied up she is even more active, and an unsafe tying up spot, complete with drain pipe. means that her owner is forced to go back to her the instant she starts to move. 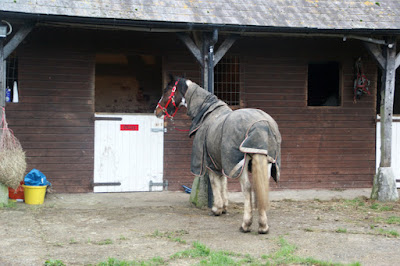 A safer tying up spot with nothing that can be damaged, and a haynet to keep her occupied all helps. Here she is quietly waiting for her feed to be brought over and she has been divested of her rug just so that we can see how beautiful she is. 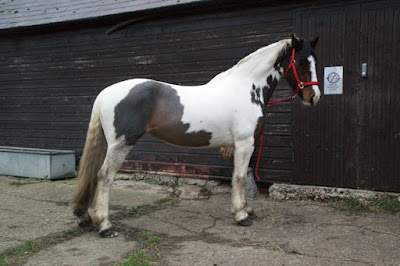