Ride and drive New Forest Pony, Lenny,  arrived this morning simply for a couple of weeks of holiday livery. I previously worked with her about eight years ago when she was being prepared for driving and we long reined her out with a wheelbarrow following closely behind. When she arrived the ponies were in the barn so they were taken aback by the apparently rugged ghost in the field next door. 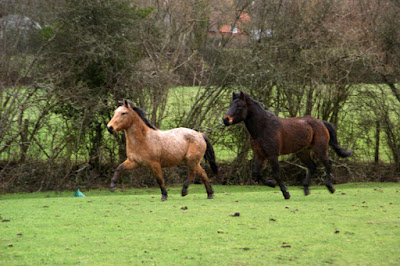 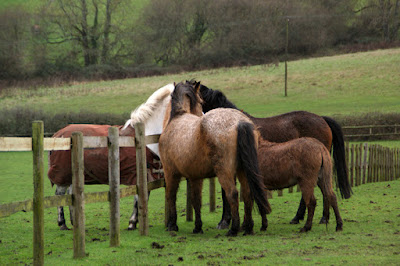 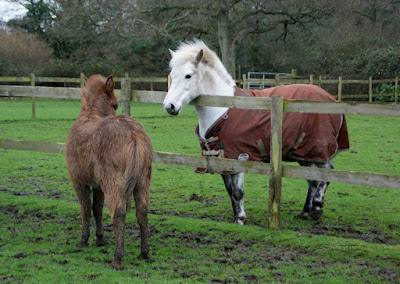 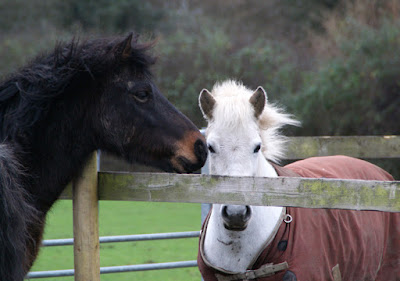