Or at least he starts the run up to it... Kym wanted me to teach him to short rein and that took all of two minutes. He was so calm going up the drive that we thought we might as well take him out for a walk along the lanes. 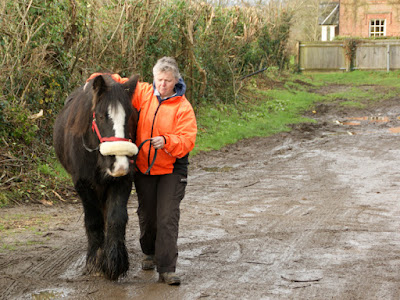 It was only when we were half way down the hill that Kym mentioned that he'd never been that way before. He was just so quietly interested that you would never have known. However, he did jump at a couple of donkeys so we took the opportunity to go down their drive a little way so that he could take a proper look. 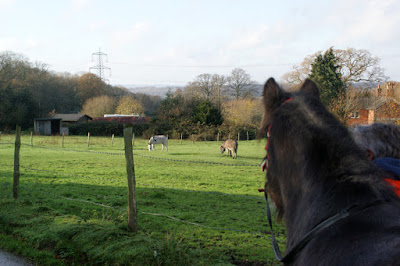 Back towards home and Kym takes over from me. Two things to note - we had worked from both sides, and normally Kym wears hi-viz. She had Tracey and me both wearing hi-viz jackets in front and behind her so we were making sure that drivers could see us. 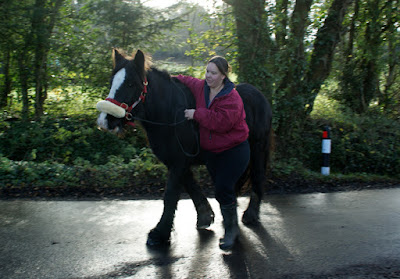 A short session with Henrietta before going out riding... 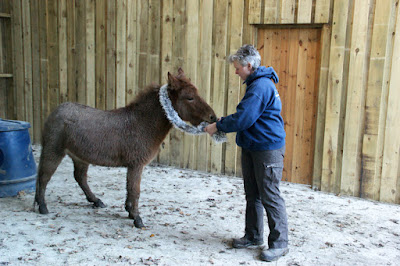 ...at the end of which Theoden is pleased to be going back out again. 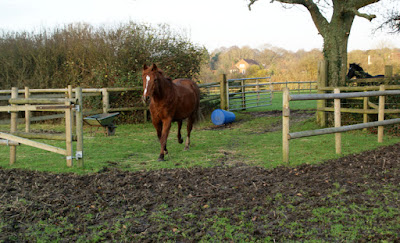