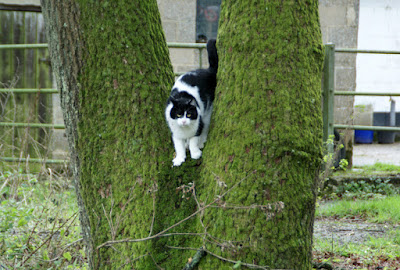 A feline audience for our session this morning with Benny. Benny tends to have the handbrake on when he is being led away from his friends and so we needed to do some work on his leading. This problem often stems from a natural (non-thinking, instinctive and automatic) into-pressure response, simply you pull, I pull. Ideally a horse should neither be stopped or started with a pull, especially if that pull becomes a constant. Lots of changes in direction can help to establish a better way of leading. 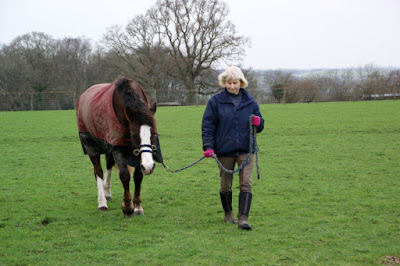 Benny can also be a bit restless in the yard and his owner had already worked out that it was something to do with being brushed. We rifled through her brush collection until we found one of my favourites, an Oster soft rubber brush. Then we worked on what sort of touch he likes where...like a lot of horses he prefers a deep circular movement on his muscles, and lighter straight down strokes on the bones of his face. 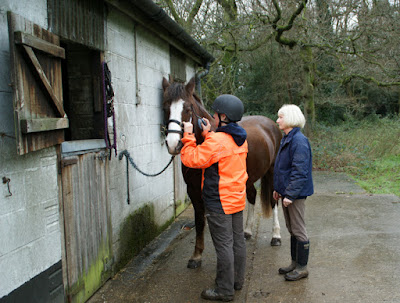 He seems to like the Oster brush too...instead of knocking people out of the way when he was being brushed he began to give them a little nudge whenever they stopped. 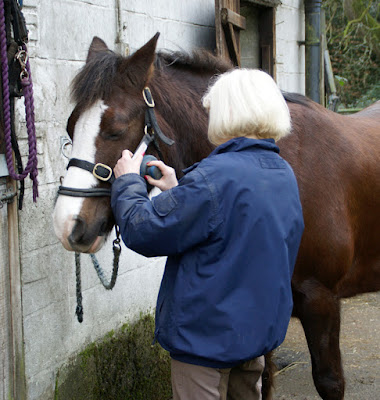 Theoden and Bella coming over the fields for their hay just before riding. We've been out in search of my New Forest ponies who I haven't seen for about three weeks. I know they're probably fine but subconsciously I worry about them and like to see them more regularly. With the grass still growing and plenty of weight on they clearly don't feel the need to come home. 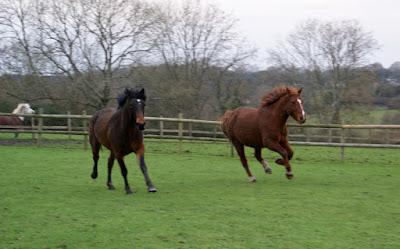