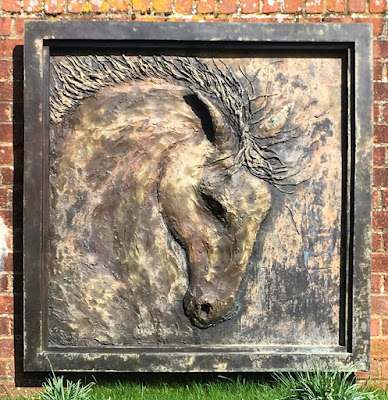 Every so often, you meet a horse that goes directly to a special place in your heart, and this was so with Marcus. Marcus is a New Forest pony, and about 21 years old, and he was Forest-bred, branded, and later ridden successfully as a show-jumper for a number of years. More recently he has been a school-master for light adult riders. Despite being in a fabulous home, where he has never come to any harm, he has found it difficult to let go of some older memories, and in particular has always been difficult and nervous about being caught. Typically he has to be driven into a secure paddock where it still takes some time to catch him. 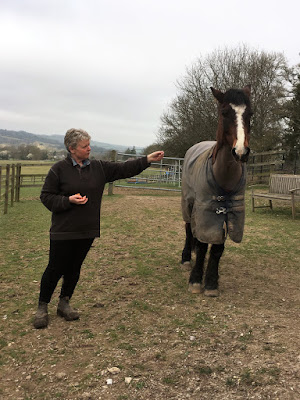 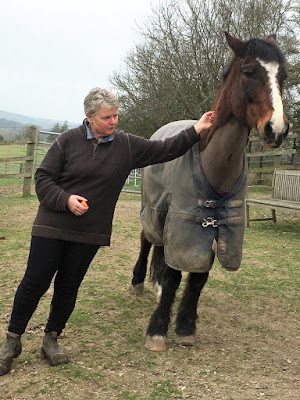 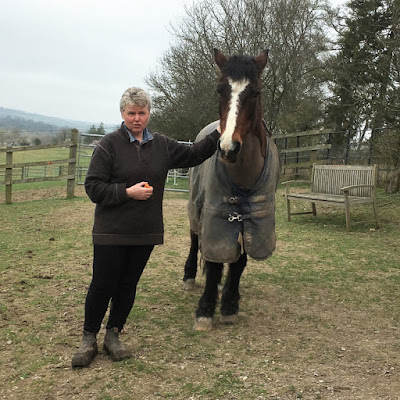 Tempting as it was to see him at his worst, we agreed that we wouldn't even start to work with his 'no' and instead I would use clicker straight away to see if I could undermine his pattern of behaviour. It didn't take long for him to work out the association between the click and the treat even though I started with the three click system rather than one click one treat. Soon he was allowing me to touch him, even though he stood in a soldierly sort of way, and then to catch him. Tracey, Flick and Hazel all worked with him in the same way and you could see him thinking he was on to a good thing and that perhaps it was Christmas or his birthday. 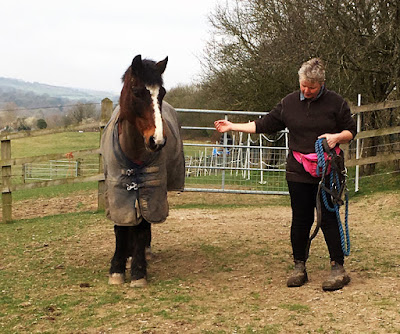 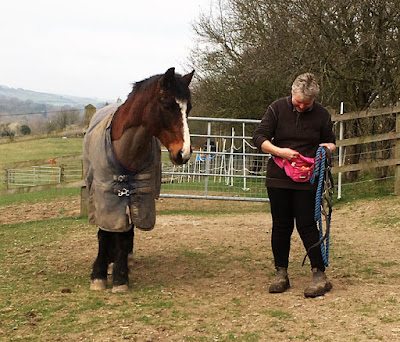 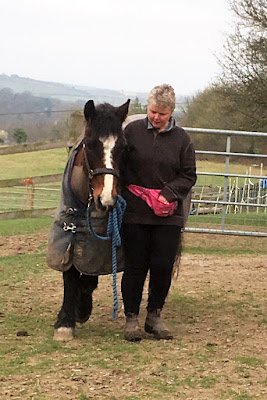 Once this is firmly established, it can be tried in the bigger field. 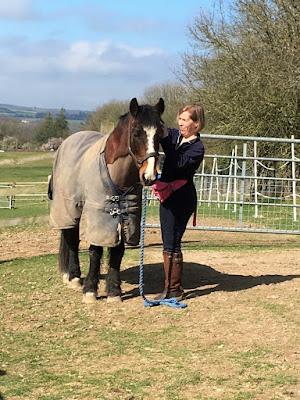 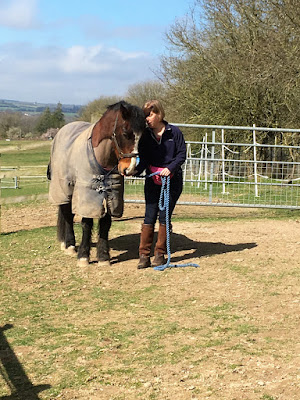