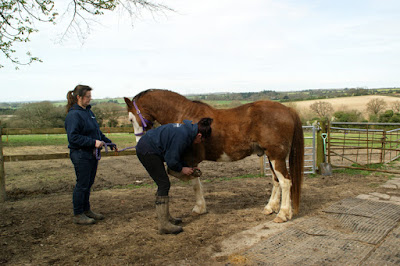 Hackney cross Welsh Section, C, Elijah, has a difficult start to life, arriving with his owner as an extremely frightened semi-feral. Over the years she has built up his trust but recently had a major set back when he was tied up to have his feet trimmed and began to fight with the farrier. Today we began to rebuild his confidence by introducing clicker training for having his feet picked up and picked out. 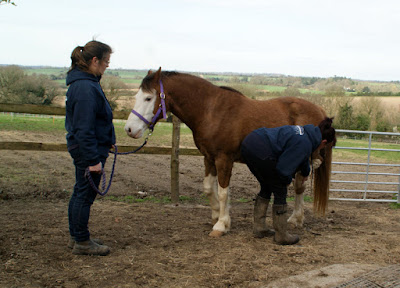 There is no 'has to' when it comes to horses and so we might think that a horse 'has to' accept being tied up, but they know no such thing; for Elijah this was just too much pressure and containment.
Posted by Loisaba Wildlife Conservancy at 8:08 PM