There's rarely a standard practice when it comes to working with horses, although it always helps to have a bit of a plan. Today has been a mix and match day, a day of slow, slow, quick, quick, slow and I find it endlessly fascinating.

Jessica's education isn't progressing in a linear way at all. I think I will add one extra dimension and she's so clearly unfazed that I decide to add another one, and then another. Today she wore a saddle for the first time, which I festooned with scarves, attached the stirrups and then long reined her out on the Forest. Considering the first time I worked with her she was pretty frightened of the long reins she's come a very long way in a very short time. I'm sure there will be other areas where I will have to be far more cautious. 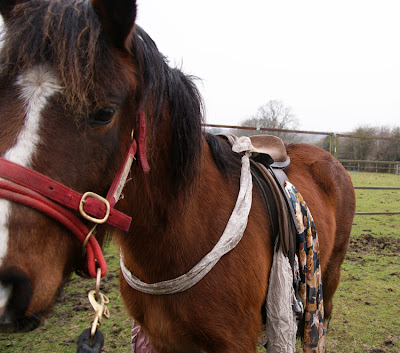 By contrast it was important to take things very slowly indeed with little Spirit who is only seven weeks old. It was really useful to meet this little foal and to assess her so that we could over-lay the general framework of No Fear, No Force with a specific plan for this foal given her age and vulnerability. So important to give these little dots frequent breaks to drink and sleep during a given session, and to work at their pace over the coming weeks and months rather than focussing on the end result of getting a headcollar on. We want her to want contact with people. 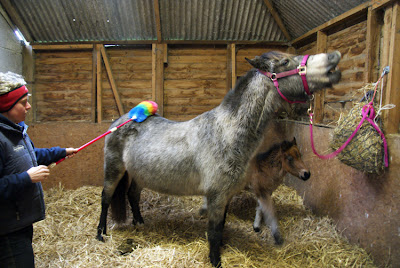 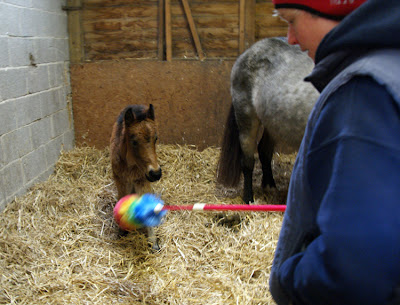 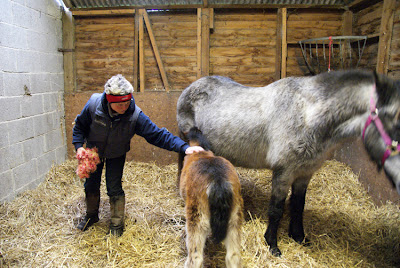 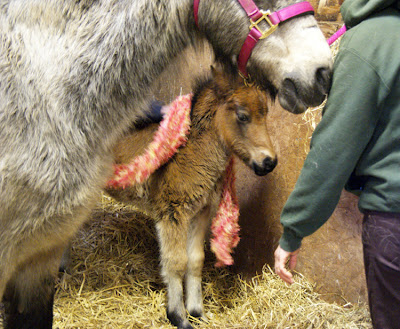 Spirit's story is a poignant mixture of sadness and happiness. She and her Mum have both fallen on their feet with their new owner but Jayney, the dam, was originally rescued half starved and having lost an eye. She gave birth to Spirit on Christmas Eve which coincided with the very unfortunate death of the sanctuary owner. The foal was premature and she and Jayney were cared for by a very kind vet before they came to their new home. The mare has a superb temperament, allowing us to work with her foal, often directly behind her or on her blind side without a murmur. Out of politeness I always introduce the mare to every bit of equipment we intent to introduce to the foal - which has the added advantage of making it smell of her.
Posted by Loisaba Wildlife Conservancy at 9:20 PM