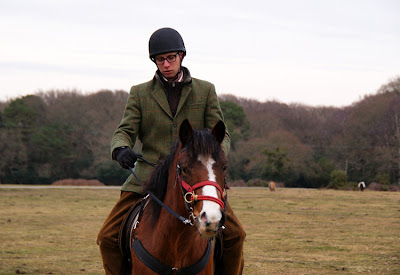 This last couple of days we have been taking Jessica somewhere new. The first time we took her, her respiration rate and adrenalin went way up again but today she was much calmer and seems to have realised that the world is a bigger place than she ever knew. Although she was born on the Forest, she has been nowhere since she was weaned as a foal. I think she had become a paid up member of the flat earth society and we have to do what we can to increase the size of her internal map. Here she's being ridden on the Open Forest and just down from the road. 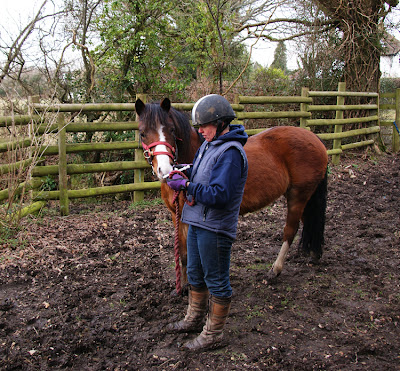 Back at the fields it was worming time and I don't suppose she thought this was much a reward for her efforts - especially as it made her feed taste funny afterwards. Jessica is on a Worm Count programme for much of the year but has to have an annual treatment for tapeworm (something that a worm count will not pick up).
Posted by Loisaba Wildlife Conservancy at 7:13 PM