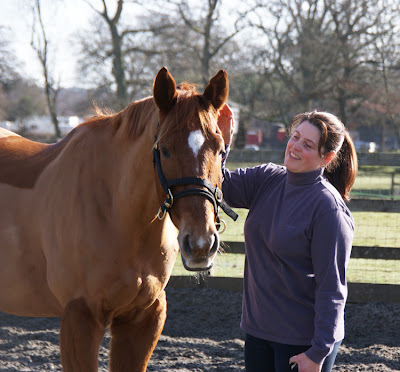 I don't get the opportunity to do many Join Ups these days because there's rarely the facilities to do so, the horse really doesn't need it or it's not appropriate. This morning I was asked to Join Up with  a lovely horse called for Kentucky just for fun and to see whether he would. We agreed that it should be very low key given that he is 18 years old and has had some physical problems in the past. This was one of the most emotional Join Ups I have ever done. After being a dressage horse and being forbidden to come in to the middle when lunged, Kentucky metaphorically knocked on the door and wiped his feet before coming in. It was a lovely moment. 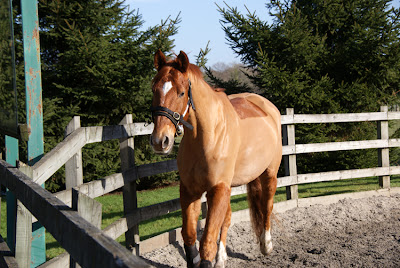 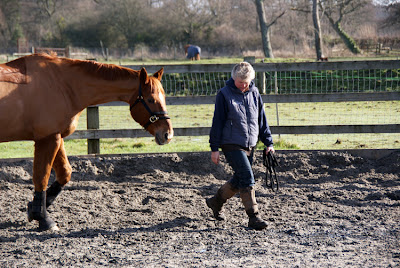 Next we had a look at his long-reining. His owner was interested to see whether he would be able to find long and low in a Dually where he was sometimes hesitant to do so in a bridle and bit. By putting a little tiny pressure on the inside rein it was possible to make the request and, as soon as he answered, I placed a release in the line. He did it so well. 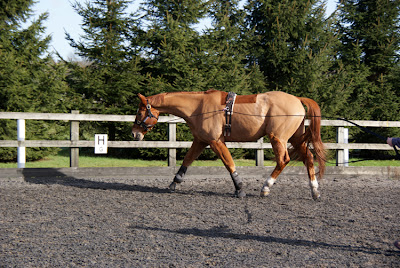 Finally we had a look at his loading. Kentucky will happily load when he has a friend in the box but he says 'no' when he is on his own. He just plants himself and refuses to move. No amount of pressure on any type of halter has worked in the past and he wasn't interested in clickered treats once he reached the bottom on the ramp. Having moved the lorry (just because someone else needed to use the school), we set the panels up around him so that we could ask him to engage with the ramp and he was soon going up and down the ramp very easily. Even when I took the panels away one by one he continued to load and unload without hesitation and gaily accepting a clickered treat once he was on board each time. 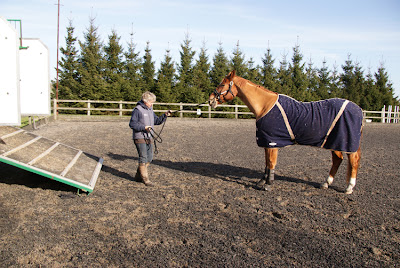 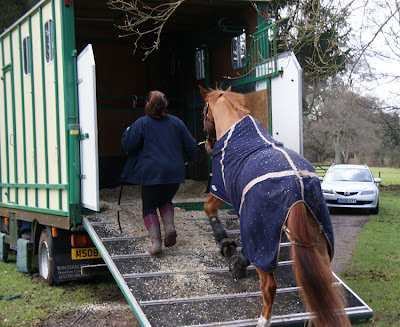 Meanwhile Jessica was ridden out in the Forest for the very first time today.

Email received 16.2.13: "I used the panels today and loaded Kentucky to eat his breakfast in the lorry.  Decided I wanted the security of the panels to try and avoid a "no" and it worked a treat. Went on a nice hack and came back and did some loading to check he was okay. Loaded about 15 times. A couple of times he hesitated but I just put a put a bit of pressure on the Dually and up he came." AA

Email received 17.2.13: "This morning I put his travel boots on and took him up the ramp and he was great.  Did several times taking a panel away each time then off we went to Deer Leap for a ride.  Lovely ride and walked straight back in the lorry without batting an eye! Thank you, Thank you, Thank you" AA