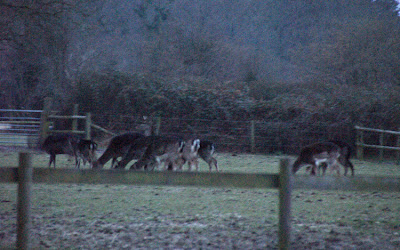 Woke up and dashed up to the farm this morning having remembered that I had not shut the gate into the barn where I had put down some wood pellets yesterday. I had visions of Jack helping himself to them before starting on the full bags in the corner. Fortunately all was well with him...and the ten fallow deer all helping themselves to my grass (what grass?!) 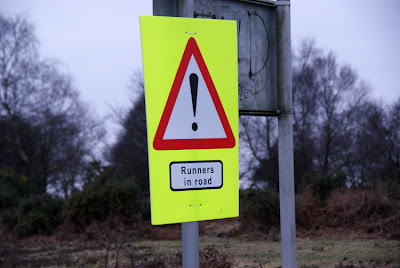 On the way back I was reminded, if I needed to be, that I was running the 10k Heartbreaker Race at 10.30 a.m. Both Hilary and I got round in about an hour - not bad considering that it is uphill and cross-country much of the way. 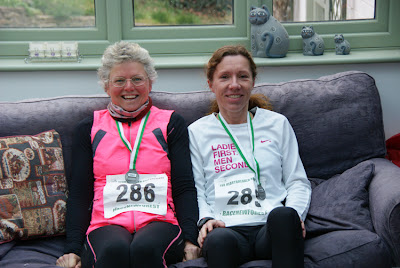 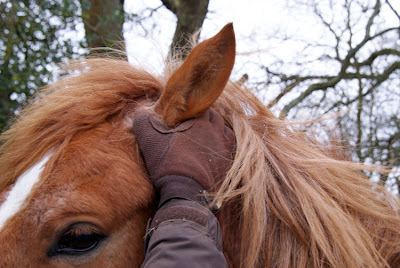 Later we did more work with Benji. Plaques in his ear mean that he can be extremely ear-shy so I showed Hilary how she can go about seducing his ears using massage techniques. Like many horses he really liked having his ears rotated clockwise and anti-clockwise once he trusted me to hold them rather than poke at them. 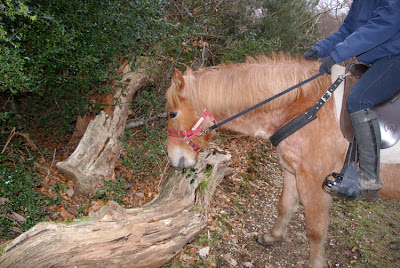 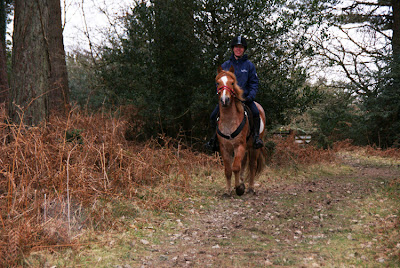 Out on the Forest he investigated a scary log and spent some time pollarding the holly tree above it. He then had his first trot off the lead rein.

"Thank you so much for the last 4 days. Despite the cold I  have enjoyed myself so much and I'm sure Ginger and Benji have too. I've learned such a lot by seeing you work with Jessica, Coco, Rose and Brandee, and Benji has made the big progress that occurs each time you work with him." HP

and 25.2.13: "Benji enjoyed some ear work tonight- so relaxed his nose nearly touched the floor!!"

and 3.3.13 "Both ponies were weighed last Wednesday as there was a BHS meeting which included a visiting weigh bridge. I was really pleased for 2 reasons, first they both walked on and stood without question- I'm sure doing your bridge and see saw will have helped. Even better though was when the yard manager told all the BHS people what Benji was like when he first arrived and how they couldn't do anything with him. This was totally unprompted as I had said nothing about him and they seemed suitably impressed."