It's been a very successful week with Petra and Theoden going out riding a couple of times and Jessica coming along nicely. I paid an interim visit to Brandee on Wednesday who is due to see the new farrier on 22nd February and needs to be good to catch and to have her feet handled. This pony is petrified of people and trembles when she is touched so I was really moved when she allowed me to pick up each of her feet in turn and hold them up for a little while. Previously she has simply sat on the farrier in an effort to thwart him or squash him, I'm not sure which. 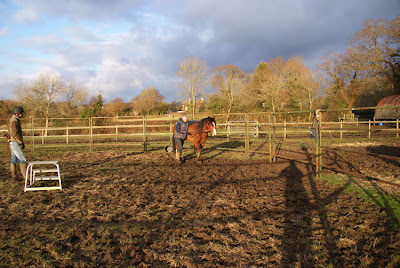 I have been short-reining Jessica in order to get her used to the touch of a body on both sides of her body, to accustom her to a squeeze aid (from a hip) and to basic steering. 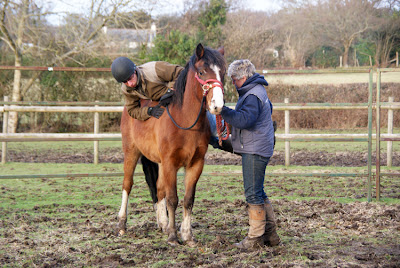 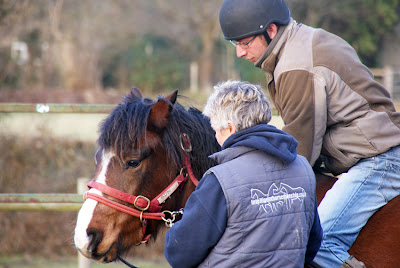 After this Charly leaned over her again before getting on board. She looked worried momentarily and then relaxed. 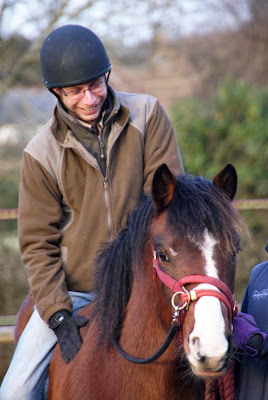 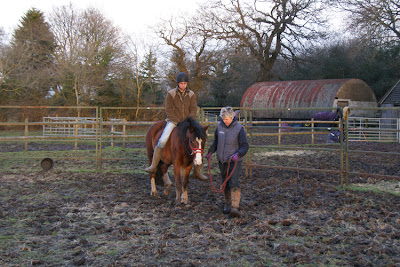 We worked on small and then larger circles and ended the session on this good note. Nice soft surface in our round pen at the moment! 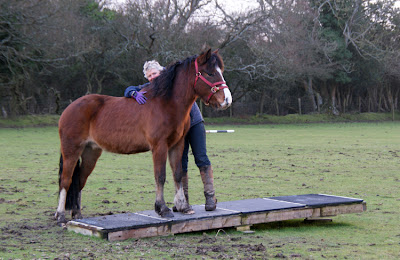 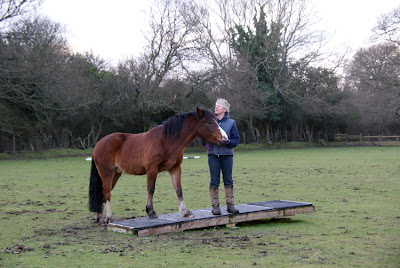 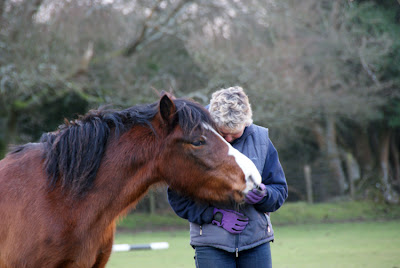 It's taken a week for her to pluck up the courage, but Jessica is now happy to stand on the end of the see-saw first with the head-collar on and then entirely voluntarily in return for a click and a treat. She's quite a nervous pony in some ways but getting braver and braver everyday. As you can see, she no longer has a phobia of clicking cameras! 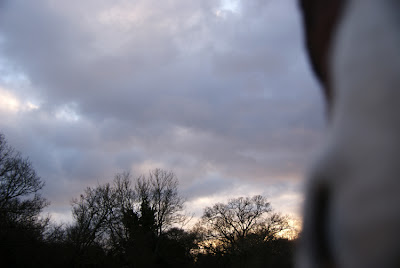