Today we spent six hours with Kate and her six ponies in Steyning. Five out of the six are New Forest ponies, one a Dartmoor Hill Pony, and most bought through the sales yard at Beaulieu Road. We had quite a shopping list of things to do and we started off with catching work with Sky. 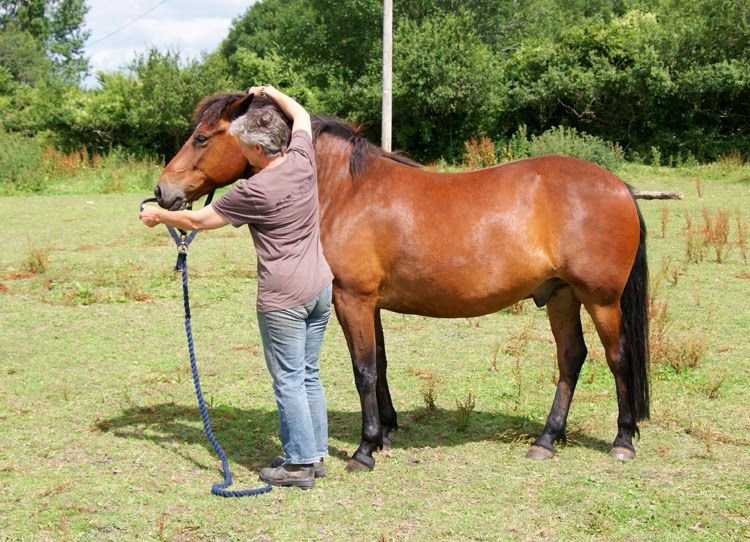 During his ridden session Sky learned to move away from the leg to a very light aid and Kate imagining his one back leg crossing over in front of the other. 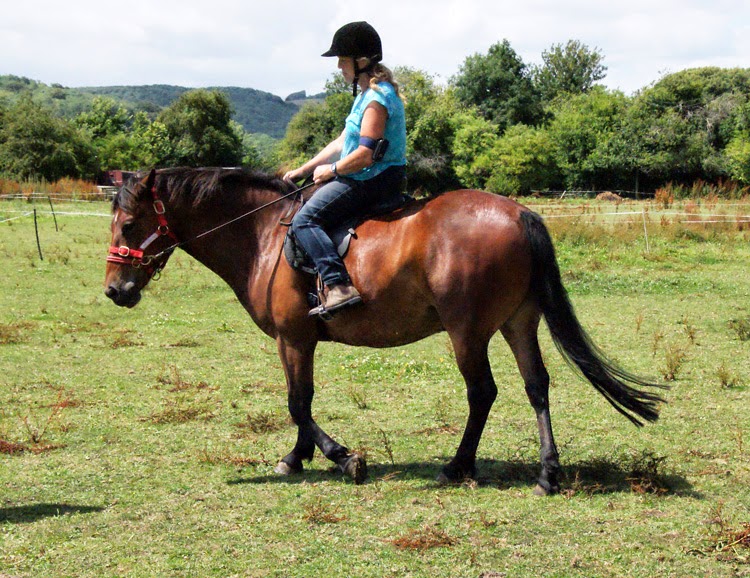 I haven't done a lot with Excalibur and Sunny since we halter trained them as part of a course a couple of years ago. Now two, they are gentle young gentlemen and very sweet to work with. We taught them both how to load easily. 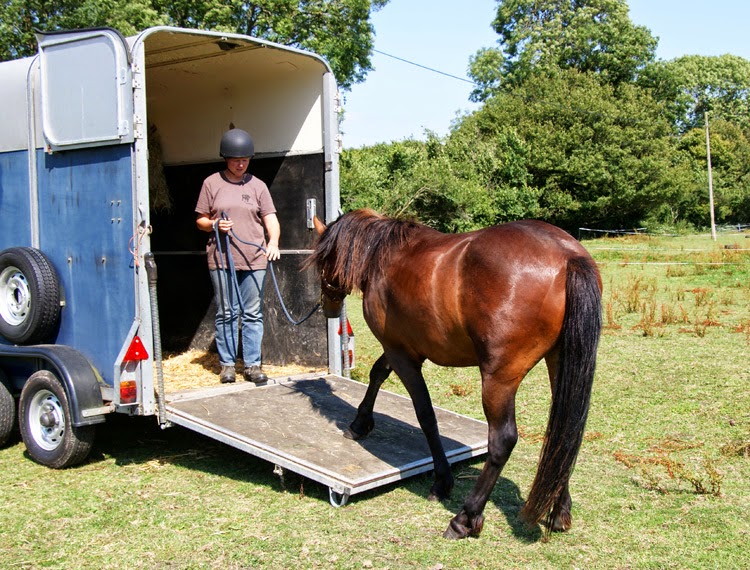 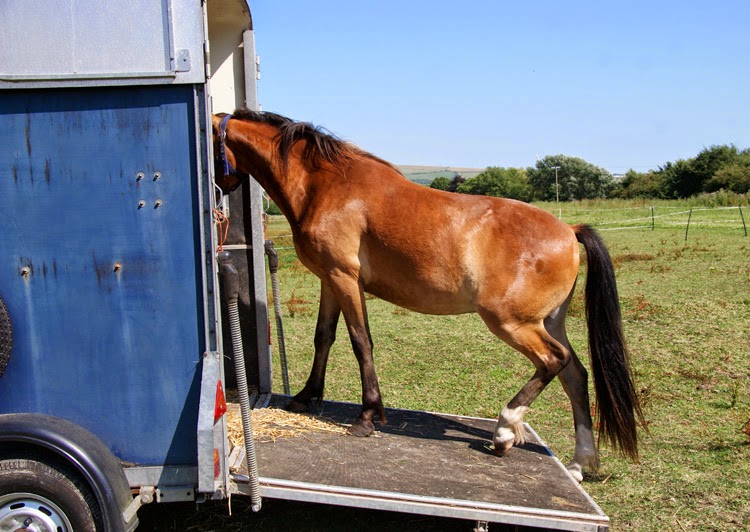 Sky has been reluctant to load since he was present when another pony began banging about in the trailer some time ago. Today we worked on asking him to flow on and off the trailer again. 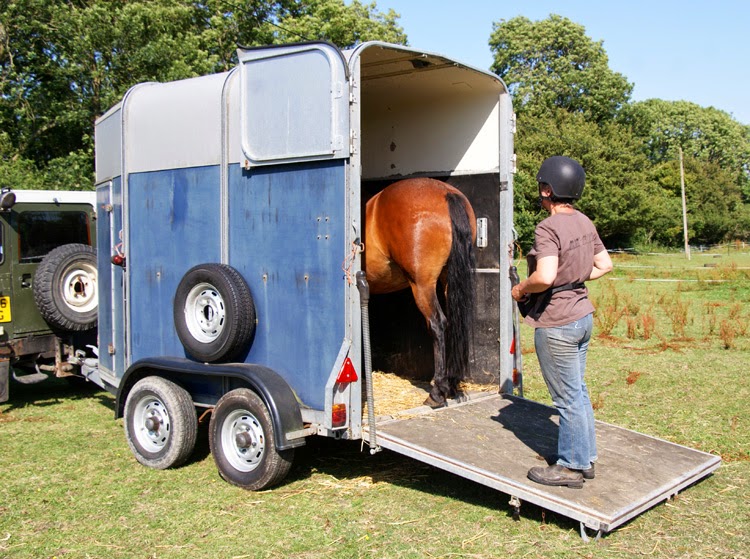 We finished the day not, as it seems, encouraging Tor to grow a bit more, but asking him to cope with a bit of water on his body. It's funny how these ponies, accustomed to a lot of rain on their home moors, say that they can't possibly tolerate a bit of tepid water from the hose. Here we are using a simple house plant watering can to make a start. 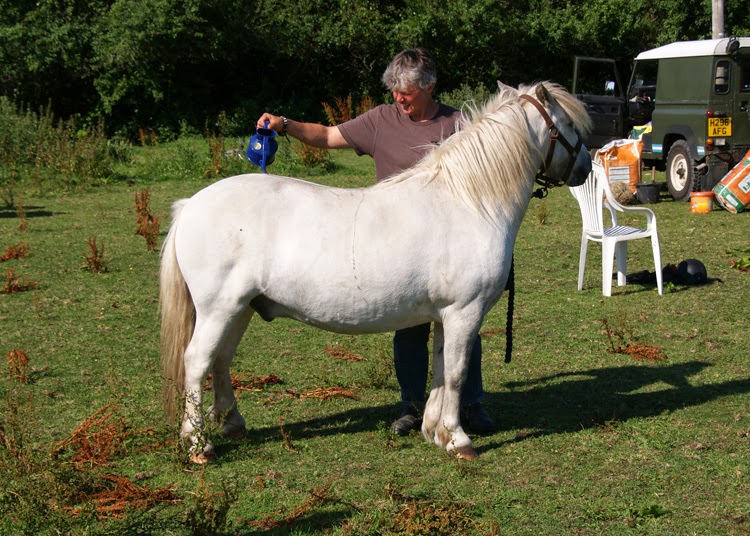 "What did I learn from the day? Lots of 'little' things that will make a big difference, eg. that being tied up can be the issue, not what I'm asking for and not getting.  Jiggle the rope if the pony gets hold of it.  Which bit of the tendon to squeeze.  To turn the foot right up when holding it.  Catching: To stop when Sky stops and turn away slightly to 'invite' him to look at me.  To relax my bum when riding.  To visualise what I want the pony to do, expect it to happen, and it will. I rode Sky for the saddler, and I got on in the school without him moving away, and he set off at a good 90% walk.  He weaved all over the place to start with, but after a few circuits I asked for trot and he settled into a steady trot." KS
Posted by Loisaba Wildlife Conservancy at 11:18 PM