It's been seven years since I saw Kirsty and helped her with her wild pony Molly. However, having encountered problems picking up her new horse's feet, I was the first person she called. Waffle, a Belgian Draft Horse bred in Norway, is somewhat heavier than Molly and there is no way anyone could force her to pick up her feet. The problem seemed to be a lack of education rather than a lack of willingness; not only did she have no idea what she was being asked to do but she coudn't balance herself or hold her own weight up for very long at all. The front feet were difficult enough but she wouldn't alow anyone to touch the back ones. This lovely young mare has such an open and friendly face.

We started off in the stable before going out into the school to start to generalise the training. First I taught her to keep her feet DOWN when her legs are touched and then introduced a clear signal that I needed her to pick each one up. Once that was clear we began to work on holding them up just for a little while and built up the time from there. 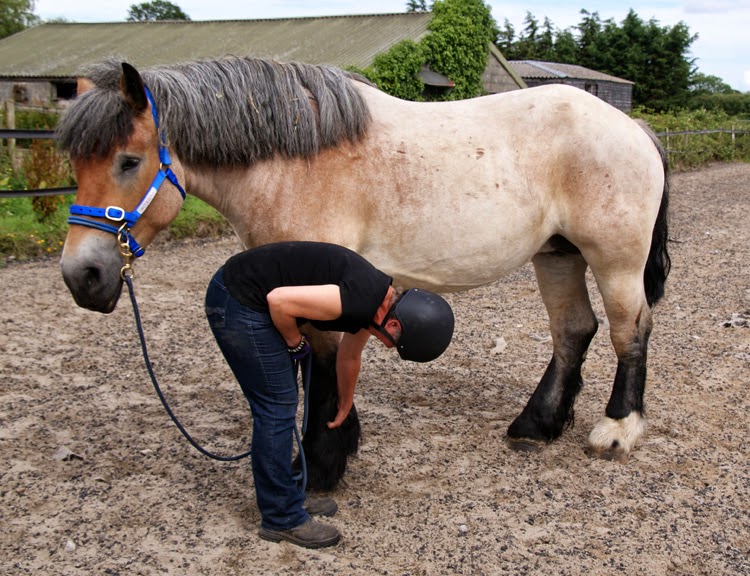 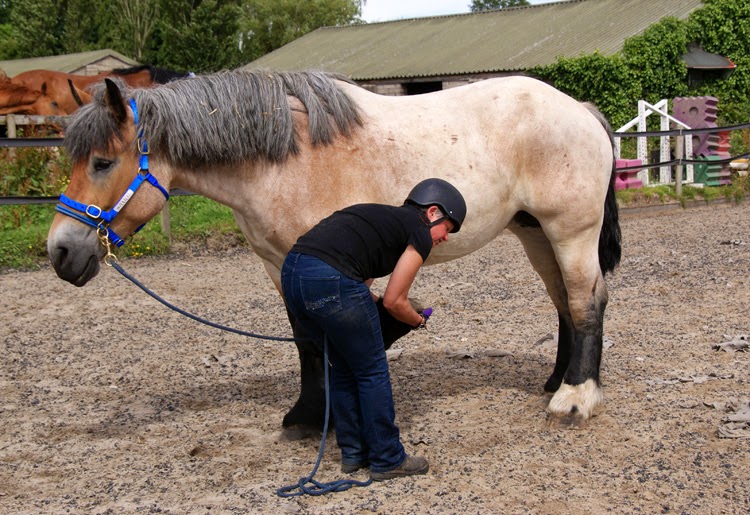 It took two of my little hands to hold one of her huge feet. Although the feet are ragged they are not too long so Kirsty has got plenty of practising time before the farrier becomes urgent. 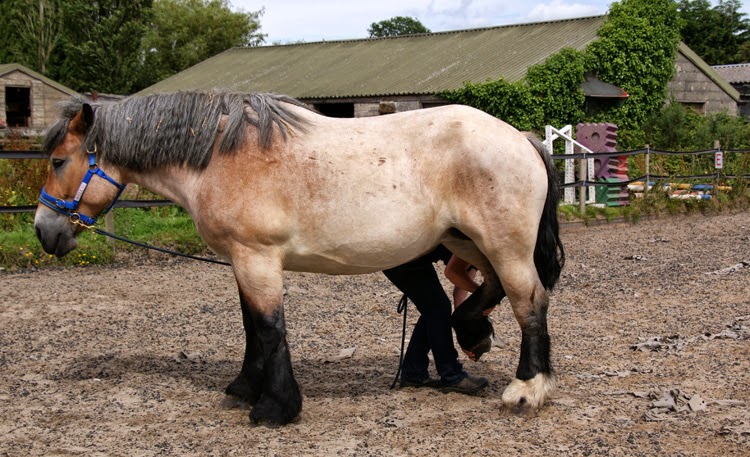 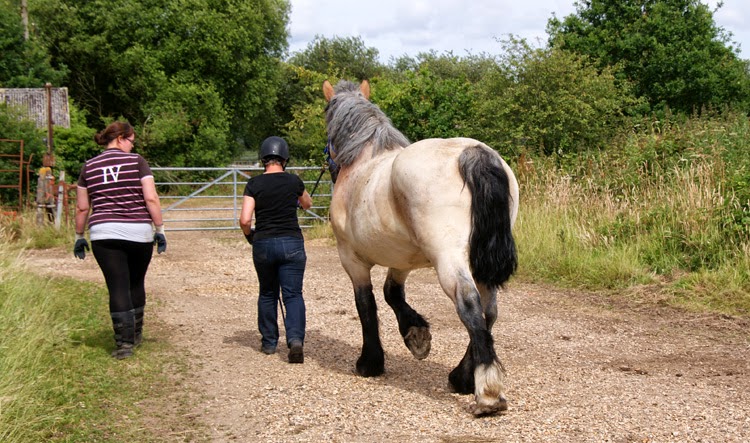 We finished with some leading work.

"Thank you so much for this afternoon, and the pictures and report. I will read it again and again. I will keep up homework. I will keep you up-to-date with progress." KB

Update 10th July: "Love my beautiful Waffle. Clever girly. Picked up back feet for 10 seconds on each foot and let me hose her legs. I know it doesn't sound like much but to me its great." KB

Update 11th July, 2014: "Picked out both front feet today and held back ones up properly. Really good girl." KB

If it's Monday it must be Pat - one of the three riders that ride Petra during the week. I am so lucky to have three people who ride her in a very similar way which seems to keep her very happy and to have a horse that gives three people so much pleasure. 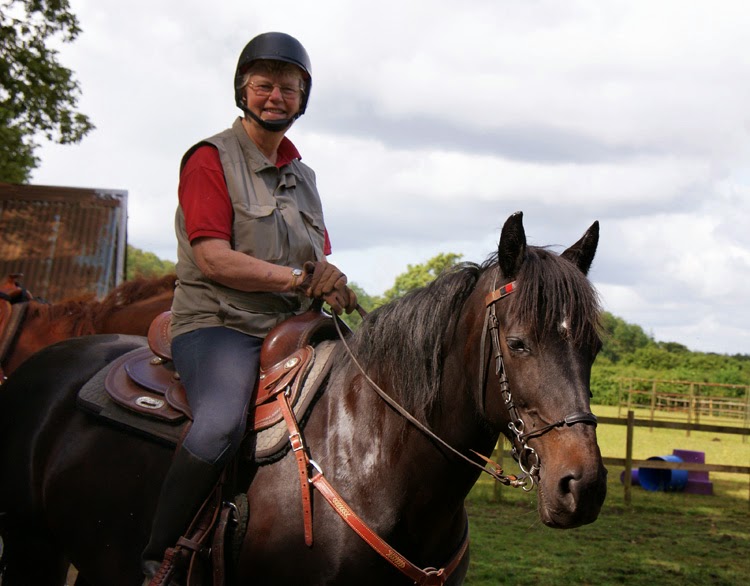