No one really wants to inspect their navel on a hot day like today (doesn't actually bear thinking about!). So, our Horse's Ear course went out and about, mainly in the shade. Alice, whose change in energy was amazing since the last time we saw her, struck up a great relationship with Jack who has definitely decided she is one of the good guys - particularly as she was up for a bit of clicker training with him  New participant, M, was effectively chucked right in at the depend with two ponies running loose beside her but she used to ride when she was younger and is therefore confident around them. 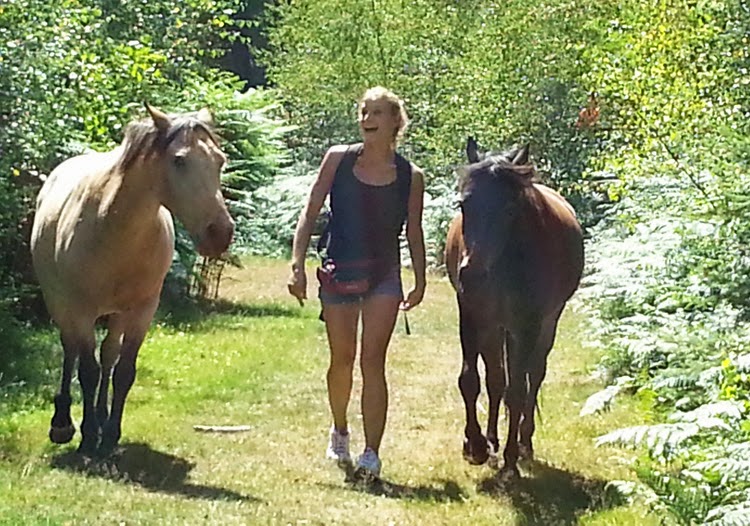 When we got back all most of us wanted to do was lie down but Alice just wanted to be with Jack. 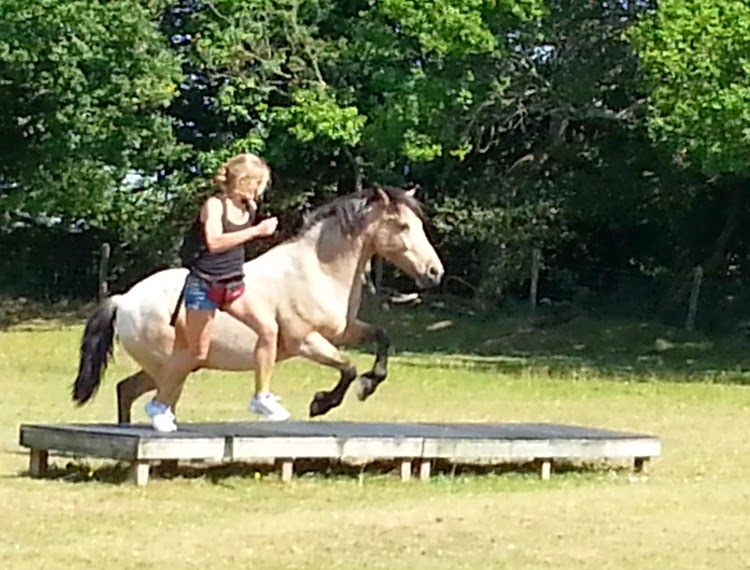 "She said it made her realise how much effect her behaviour had on the horses and therefore probably did on people too so she has become more aware of how she comes across. Also she says she is just more aware of herself generally and her ability to control her energy. She absolutely loves visiting you all and says she really wants to see Jack again....she is a bit taken with him!" HM,  The Society of St. James

I'd just like to add here that this has come from just four hours with horses - with very little intervention from Tracey and myself. The participants just get it, and the horses just get it. There's none of the stuff getting in the way. Horses earth people.
Posted by Loisaba Wildlife Conservancy at 7:06 PM