5th July, 2014 Everyone Loves Marmite (and Bentley too)

A demo for the newly formed East Dorset Riding Club this morning. They hold regular events with all sorts of trainers. It was great to be able to explain and demonstrate how I can fill in the gaps and add the icing to the cake when it comes to training for any particular discipline - you need to be able to load your horse to get there, clean him up, lead him out, negotiate strange environments, get him fit, keep him happy. 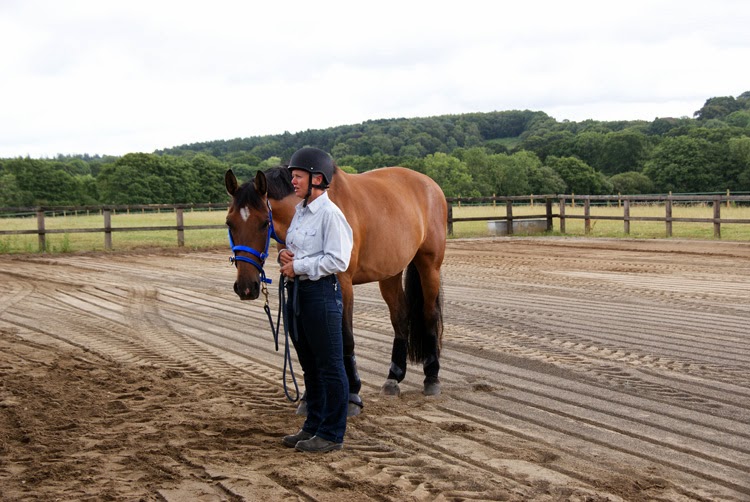 Bentley, a Spanish horse was especially attentive and took all of the exercises in his stride despite having an aversion to stepping in water. We had running water flowing across this tarpaulin at a later stage and he couldn't have cared less.  We were a bit pushed to find a muddy puddle but hopefully with this technique in mind his owner will be able to carry out the training by herself. 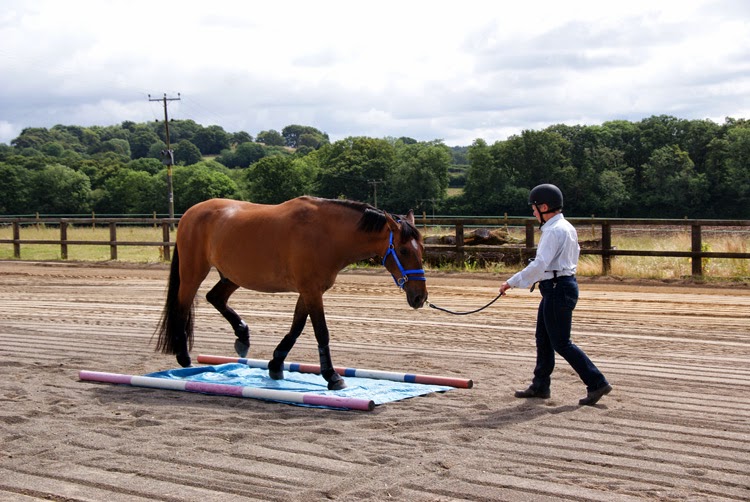 He wasn't too concerned about the bags on a stick. The main learning point here is that just because he turns his head to the right doesn't mean that he isn't payihng attention or that he is avoiding looking at the bags. He just wants to see what they look like out of his right eye. 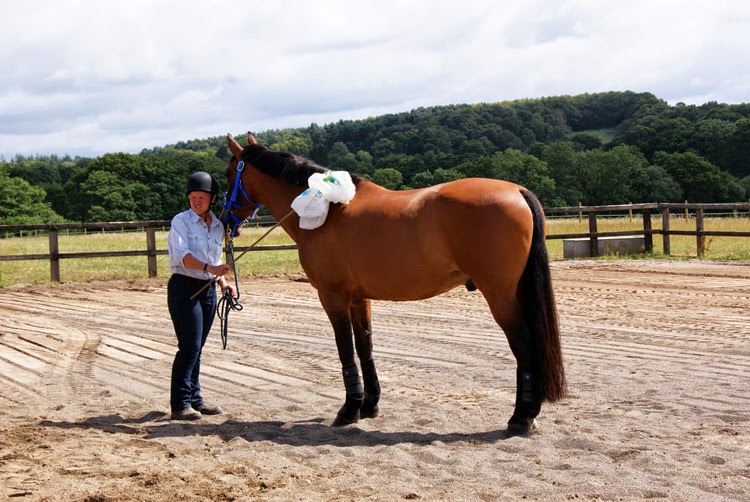 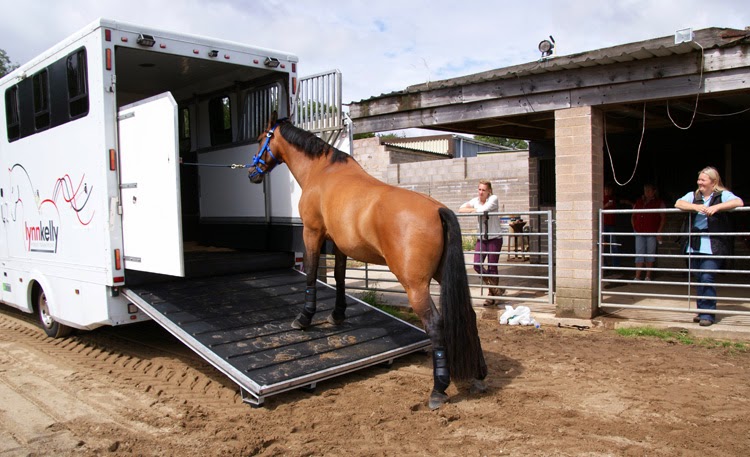 Bentley took a long time to load to get to the venue this morning and at one stage we thought he might not even get there. Owner Tracey and transporter Lynn reported that he had been extremely reluctant.Whilst Bentley is apparently fine once he is in the box and travels really well, his reluctance may well be due to the long hours spent travelling to Britain in the first place. He shows no signs of fear once he is loaded. Like a lot of horses, Bentley has learned to move his front legs in answer to a little pressure but his back legs are firmly rooted in the ground. Once you switch to releasing the pressure when the back legs respond, even slightly. the horse will often load. I was able to demonstrate that this happens much faster if clickered treats are offered the instant the horse moves forward to the lightest pressure. We would like to have taken a picture of him loading to go home but he went in so quickly that we didn't have the chance. 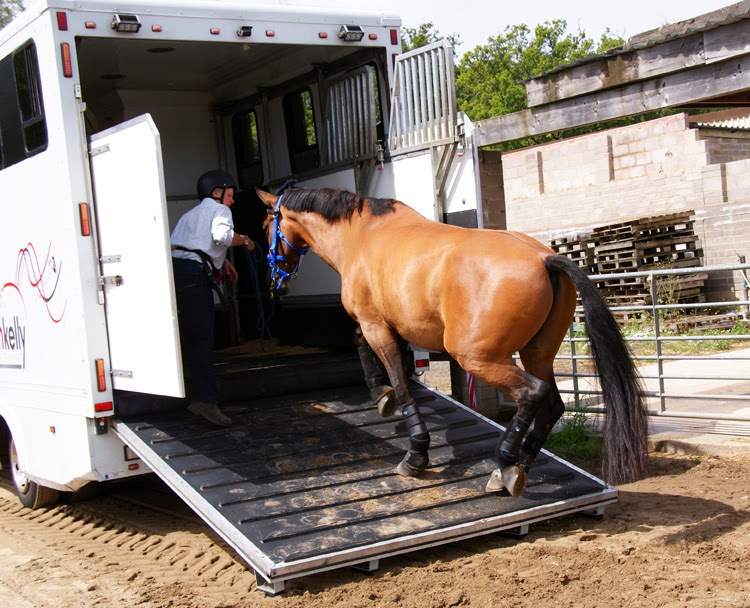 The clinic was billed as desensitisation and loading but it broadened out considerably when New Forest cross Warmblood Marmite appeared. His owner Julie has had this four year old for just one month and we thought it would be a great  if we could assess where he was in his education and take it from there. 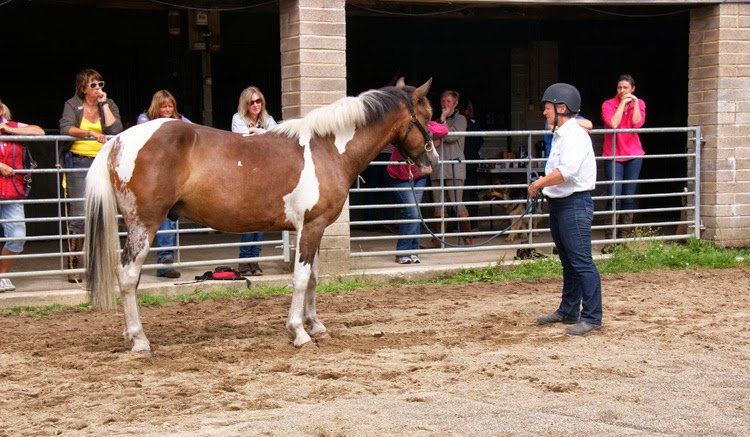 We worked on standing still and on leading - which was all rather easy. 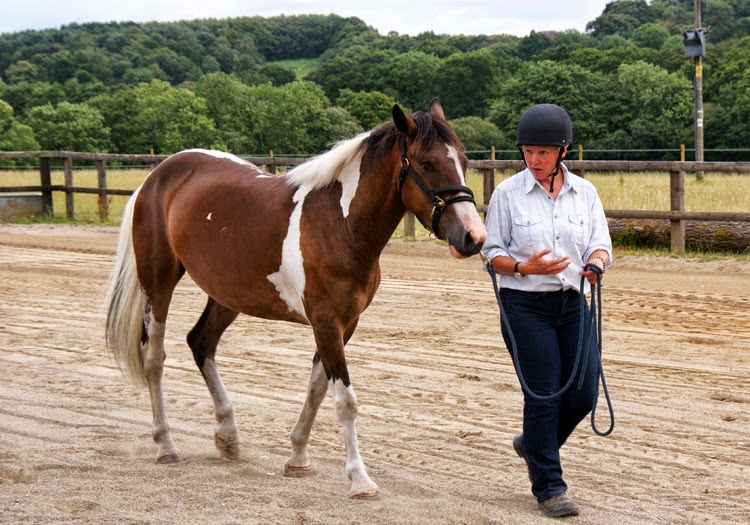 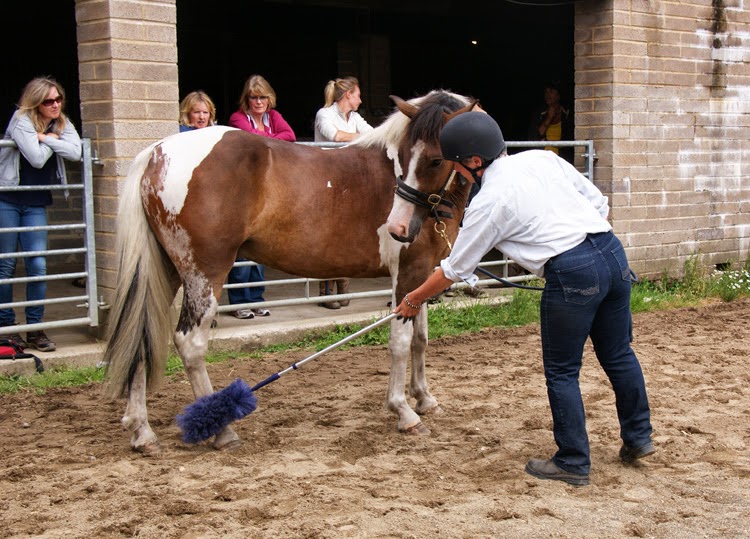 We worked on desensitising his body to new things touching it - and that was all very easy too. 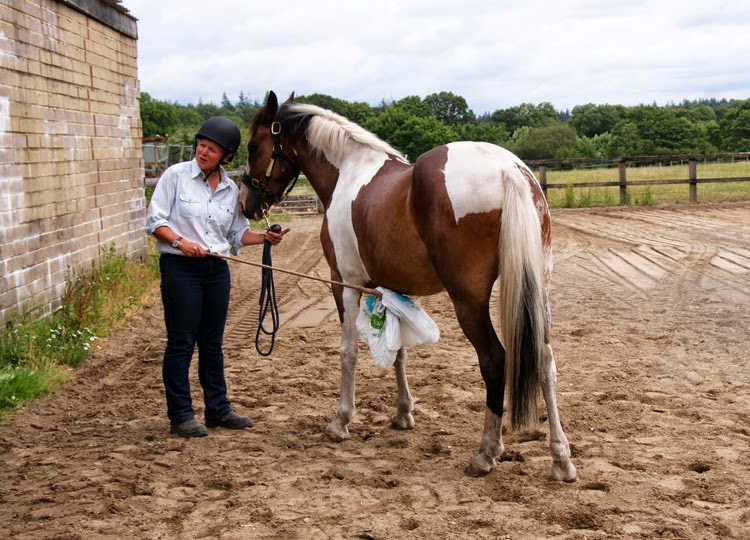 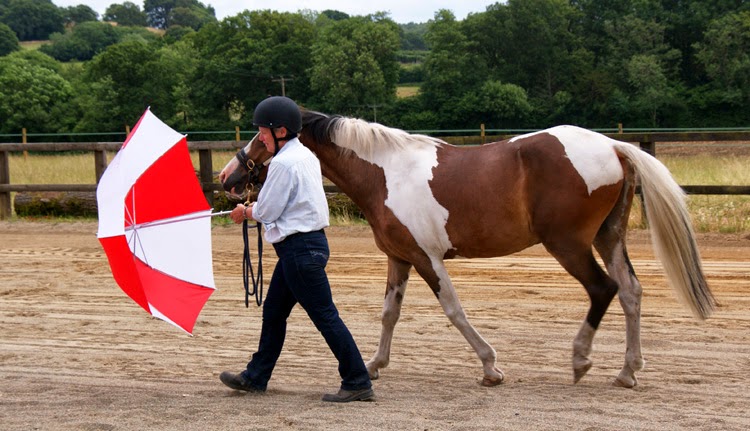 We chased the brolly and went over the tarpaulin and he thought this was all rather grand and easy. 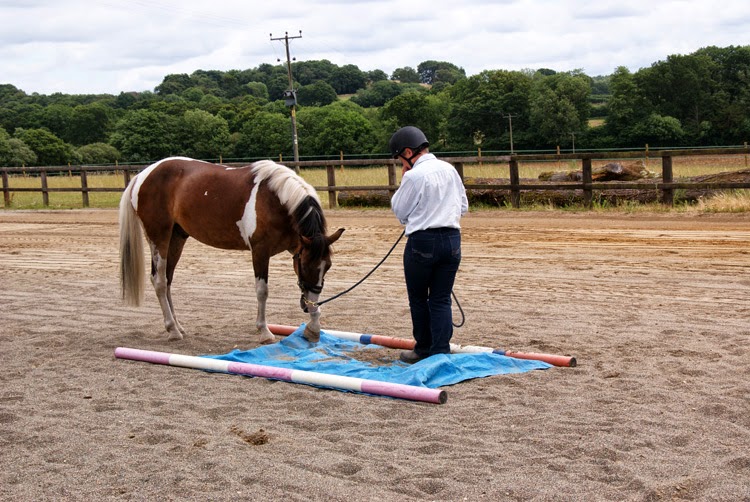 So we finished off with preparation for long reining and then long reined him with a dual control at the front and then independently. He's certainly ready to learn and curious about everything. 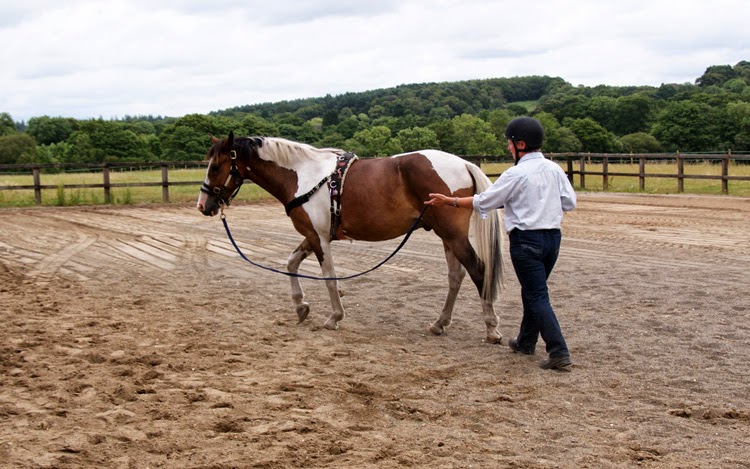 "Thank you to EDRC and the amazing Sarah Weston for a fun and very informative morning . I am super chuffed with Marmite who tried so hard to please. I hope to now put it into practice and make our time together most importantly fun and safe . Thank you so much." JM

"He was a star Julie - so nice to see a lovely inquisitive youngster progress so quickly - I think you will have loads of fun with him." LK

"What a fantastic , informative morning with the club . A great atmosphere and two wonderful horses, and a very interesting trainer . Loved being out with horsey people this morning." JB
Posted by Loisaba Wildlife Conservancy at 5:15 PM