It's been eight years since I last worked with Woody, a New Forest pony, that came in to me at that time, aged 8, for starting. Over the years he has developed some interesting habits which were desgined to influence people through asking for attention, or postponing things, or simply to keep himself amused in the stable. For example, he agitates the door very loudly with the underside of his jaw, driving everyone else in the yard mad. Whilst his owner walks away, in an attempt not to reinforce the behaviour, other people give him hay in order to keep him quiet. It works, and for him, it really works! 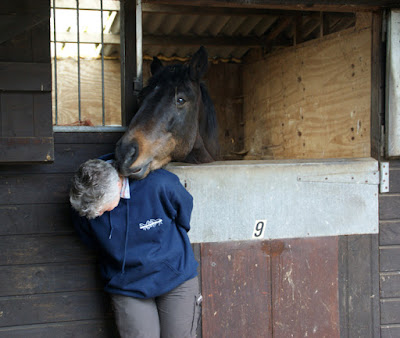 It is possible to address these long standing behaviours but it does take some commitment and absolute consistency. He's pretty immune to any low key body language and so asking him not to keep interfering with your pockets or pressing you with his nose and lips is nigh on impossible and in order to achieve this calm position I had to rattle a rattle tin at him and mean it. It's hard to do something quite so radical but years of fudging it mean that nothing else works. Another example of needing to finish on the full stop rather than the comma. 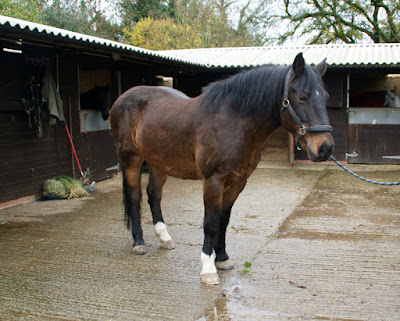 He's got an interesting habit of taking his front feet off anyone trying to handle them or clean out his feet. This was readily addressed by a different hand grip. 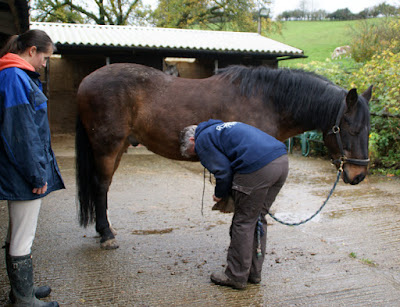 On the up side he was long reined for the first time since he left us all those years ago and hadn't forgotten a thing. 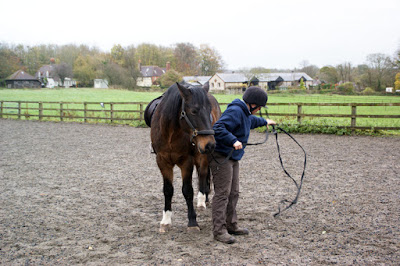 He proved to be a lovely teacher for his owner, Natalie... 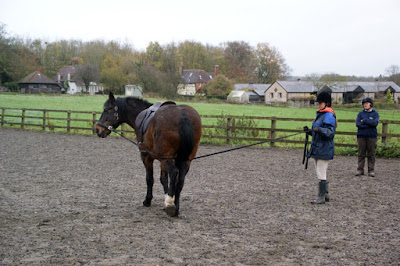 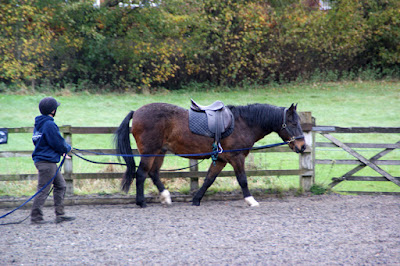 and he seemed to enjoy it. 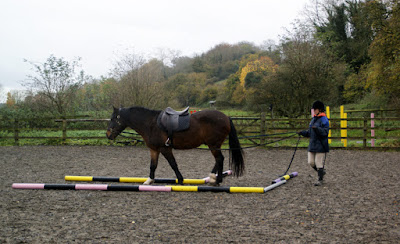 Our afternoon appointment was cancelled due to the horrible weather so we called in on Chancer who was on our way home. He's looking really well and was enjoying a duvet day. 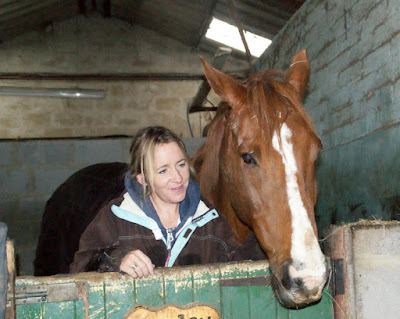