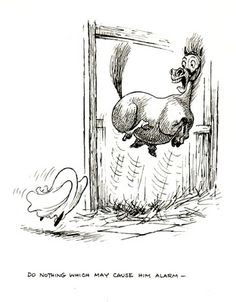 A recent Facebook post by an acclaimed horse trainer in Australia, suggested that as humans we tend to chase symptoms when it comes to our horses, rather than looking for the underlying cause. He gave a number of examples, including a horse baulking at being loaded when in fact it does not lead well and said:

“If our horse shies a lot on the trail, we try to desensitize it to different objects and situations because we think the shying is the result of fear of different objects. We don’t always see a lack of focus as the cause of the shying. We practice desensitization and ignore the poor focus.”

I have a great deal of admiration for this trainer and agree with him on most things. I think what has happened is that the word “desensitisation”, a scientific sounding word, has become a crude label or shorthand for a training technique which should be so much more than that. Desensitisation involves both the human and the horse and is not about just asking the horse to become inured to something he doesn’t like. It should be a conversation between horse and handler about how they are going to approach things that might worry the horse.

As a trainer I have to work with the handler/rider and the horse. I like to work very gradually and incrementally, not only to show the horse that there is nothing to be afraid of but that he can be rely on his owner to help him. Only then can he relax, trust, and abandon his prey instincts. The handler/rider learns how to keep their adrenalin low by critical things like breathing and not going with the horse’s emotions; keeping their voice low and slow or saying nothing at all.
Both the human and the horse learn to generalise this training, so that they can both predict what each other will do when faced with a new and novel item. In this way we can address both the symptoms and the underlying dis-ease.
Posted by Loisaba Wildlife Conservancy at 2:25 PM