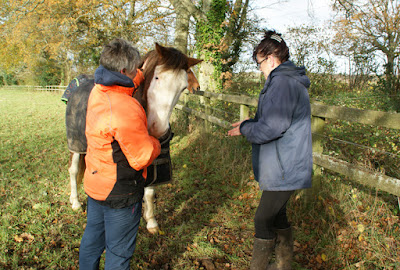 Hackney cross Welsh pony, Elijah, has the look of a little Indian pony with his gorgeous paint face and white tummy. He was almost feral when he came to his owner a few years ago and she has put a lot of good work into bringing him back from the brink. Nevertheless he proved not to be ready when sent away for breaking in and returned after less than three weeks having not been sat on. 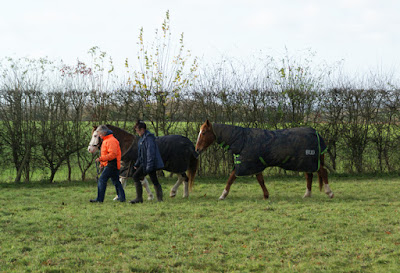 My job was to assess how he is now and what can be done to get him more ready for the next time. I started right back at the beginning, checking for any holes in his education. It looks like his mate, Dave, is checking on him too. Although the leader Dave is not Dave the Brave and occasionally he instils his fear in Elijah too. 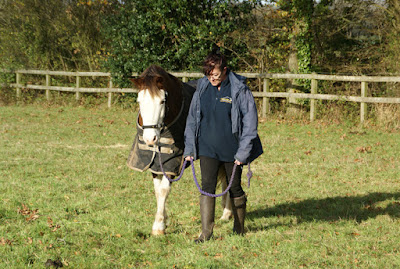 Having put a little more clarity in the leading work, Elijah was just brilliant at matching Debs stride for stride whether she walked at a fast or funereal pace. 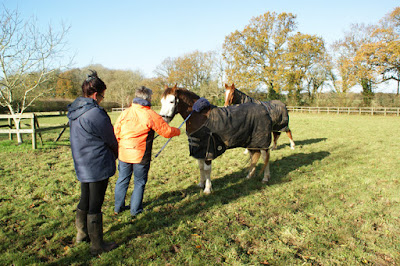 Elijah hadn't reacted well to the use of a lunging whip while he was away and lost some of his confidence about being touched. With a pony as sensitive as this one, there is absolutely no need to use a lunging whip and I would argue that they are never a good idea. We used the feather duster to help to desensitise him to a swinging movement and also to go across his back so that he could get used to seeing things out of both eyes. Incidentally he has David Bowie eyes with one brown and one blue. 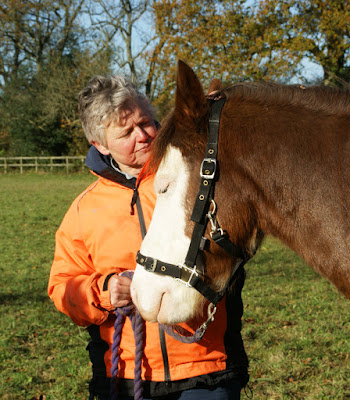 Elijah is ear shy on his right hand side and this hadn't helped when he had got into battles about having his bridle on. Rotating his ears proved to be very relaxing for him - just remember if you unscrew them you must screw them back on again.


"Was fab to meet you yesterday! I plan to work with Elijah over the next few weeks,on what you showed me,and will keep you posted on our progress.Your approach is very interesting,and obviously works!"

After a hot lunch and a hot chocolate in the cafe at Arlesford, Tracey and I headed back to the Forest to work with Ed and Sardine. Ed is very nervous pony and it was very clear that we weren't going to be work with any of our flappy kit or ask him to walk over the tarpaulin. Instead I took him right back to basics once using the feather duster as a target and using clickered treats to ask him to touch it. 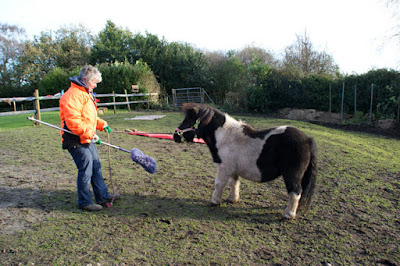 Out of the depths of his fear came a little curiosity and he started to think rather than simply react, and to take steps towards rather than away from the feather duster. 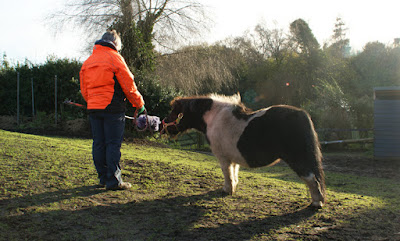 After a little while we asked him to accept touch from the feather duster and, rather warily, he did. 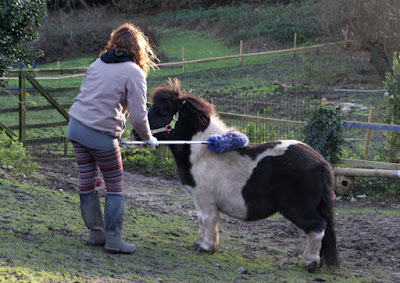 Emily has been working on foot handling with the New Forest Pony she bought during one of our Handling the Wild Pony Courses. She seemed to be having some difficulty standing her ground when he sought to push through her when she picked up his feet. We joked that I could do it in my magic boots and so we decided to swap... 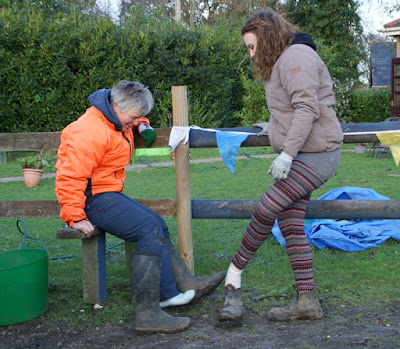 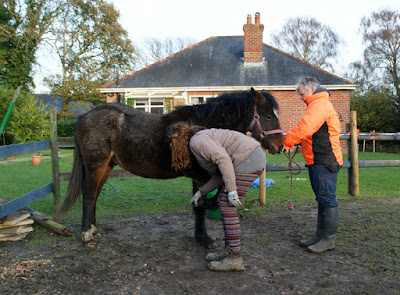 Despite wearing two coats all day it's taken me a little while to de-frost this evening. 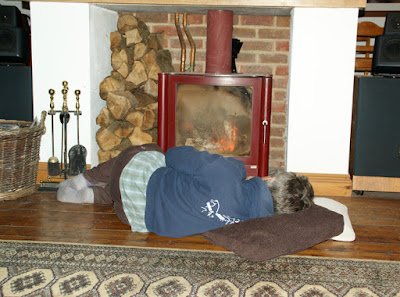