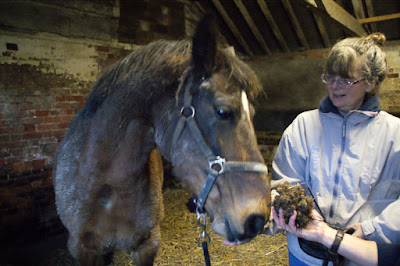 Cherie has a closer relationship to burdock than your average dandelion, so I gave Lindy a helping hand to get this little lot out of Cherie's tail. Cherie is a very nervous horse, always worried about people's intentions towards her, so it is a two person job. Lindy was at the front delivering clickered treats and I was at the tail end, hand combing through her tail, having coated the lot with half a bottle of baby oil. Makes the job a lot easier for all three of us.

The afternoon was spent collating documents for the BARTA Conference in Prague which is due to take place at the end of next week and printing off The Horse Transport Report which is due to be launched then. 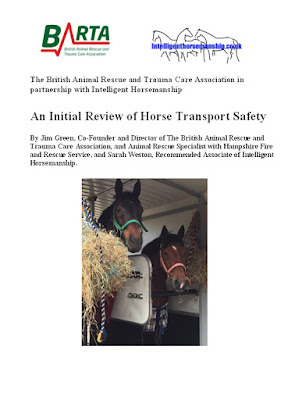 It's taken a long time and a lot of work to put the report together but now that it is finished I'm rather pleased with it. Copies will be available after 6th December.