Third day of our clinic and it managed to not rain on Lorraine or me but Linda was drenched again. Tomorrow we are going to change the running order to see whether we can find out if Linda "lied when she was seventeen" or whether this is what is called a weather PATTERN. It appears so. 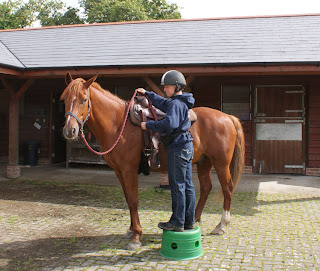 Plan B for Theoden's mounting, as described at Mark Rashid's clinic, has stopped working so now that Theoden is not so angry around food I thought I would give clicker another try. So far so good and we have already reached the point where a single click means "keep on doing what you're doing" and three clicks means "Job done, treat on its way!" In our session we started work on some trail class obstacles to see how he would respond to having a job. 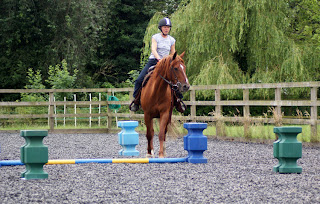 In the meantime, Lorraine has moved onto jumping grids and has so much to remember about breathing, using her peripheral vision and glancing up as she reaches the poles that she quite forgets to worry about the jump itself. 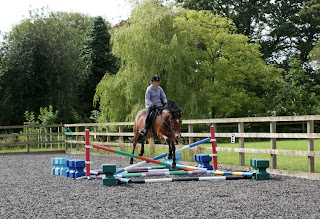 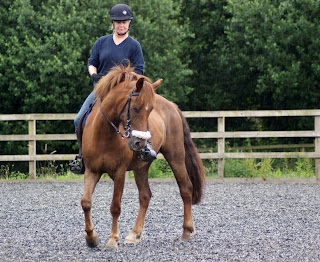 Rye has started lateral work which he found quite tiring, he said. 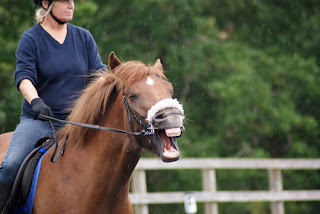