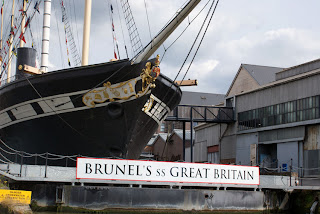 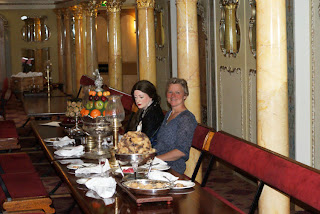 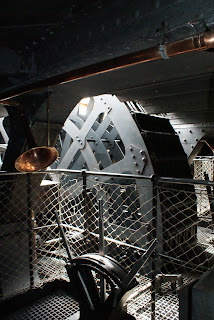 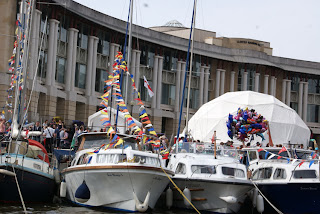 That clever David suggested that we went to see the SS Great Britain when we went to Bristol for the weekend. Little did we know that it was the Harbour Festival weekend. Thousands and thousands of people and loads of boats, bands and entertainment. The SS Great Britain is a fantastic museum. Unlike the Motor Museum where you can't touch anything, visitors to the ship, build 1843 and brought home from the Falklands in 1970, are actively encouraged to touch everything, to get into the bunks and the bath, to go up and down the stairs and in and out of the cabins. Brilliant.
Posted by Loisaba Wildlife Conservancy at 10:27 PM