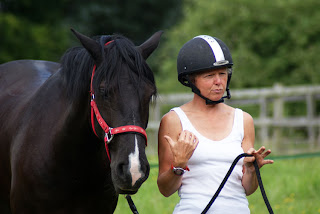 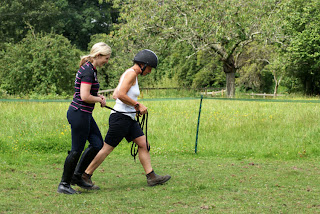 It always amazes me how naturally co-operative horses can be if we engage with them in a way that they understand. Mind you, the owners can be pretty co-operative too. I often lead people around as part of training 'feel' and people generally work with me rather than against me even though I haven't asked them to do so. 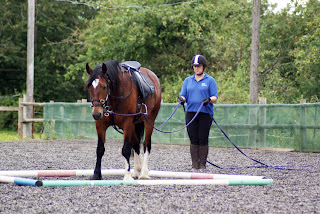 On my second visit to Max this week we worked on setting up a square of poles as a 'safe place' so that we had somewhere where he could stand quietly and just be asked to move his feet one step at a time. We are hoping that this will over-ride his default setting which is to leave at speed. 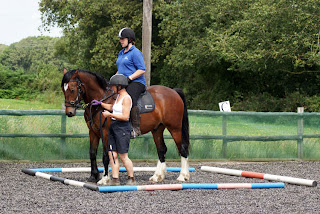 I have also had two sessions with the little grey Arabian starter this week. She had her first trot on Monday and today she was ridden out on the Forest with me on foot. She has been awarded eleventy million out of ten for her work on both days.