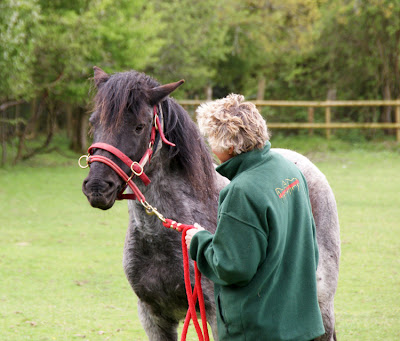 At midday today it was off to the bus-stop to wait for the silver pony bus  to take Nelly and Blue down to Brockenhurst where they are fulfilling a grazing contract with three other ponies including a foal. Helpfully this takes them off the Forest just as the stallions are due to go out for a month. Since there is no market for foals at all, and even fewer kind people looking for ponies, I don't want either of them to get pregnant. I'll be checking on them on Thursday and will take my camera with me. In the meantime the other ponies' owner will be keeping an eye. 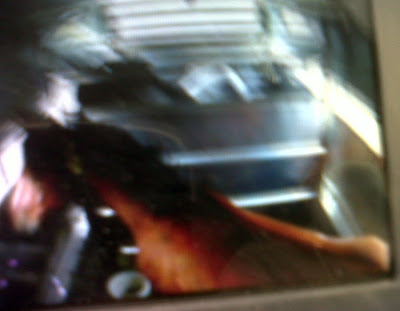 Whilst I have learned that it is not my responsibility for how a horse got to the situation he is in before my visit, and that what happens after the visit is not my responsibility either I still haven't learned not to care. Thus I was feeling a little despondent after my session with the colt I saw on Thursday because I didn't feel like I would have sufficient time to bring him round before he had to go through another traumatic experience.

I had my second session with the rose-grey colt today and in just an hour we had made significant progress. At the end of the last session I had been able to touch him with the feather duster and tentatively placed a hand on him but he really wasn't all that keen on being touched by the human hand. I managed to establish a good connection between a click and a treat and left it at that. There was a gale blowing outside and the branches of a tree scraping on the roof - not ideal conditions for this quiet and subtle work. Today he was already much calmer to work with and started to really enjoy touch. He accepted the scarf pretty easily considering that he had been so nervous on Thursday. You can see that his eye is soft and he is standing in the centre of the shelter rather than against the wall.

The great news is that we have a bail out agreement for our little debt crisis - I am going to have more time in which to train him before he has to be gelded since he can move to another field where he will be away from the mares. This means we can slow everything down and consolidate thoroughly so that it is easier for him to accept the sedative and the handling that will be needed. Once he has recovered the intention is that he will live out his life on the Forest and, being friendlier, we hope, he can come in to avoid the drifts. This is an enormous relief to me. Next visit Tuesday. 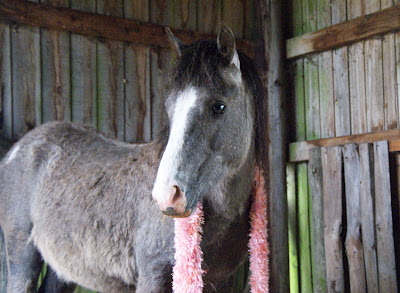