David and I have just come back from the Isle of Wight where we were combining horse training with a bit of rest and recuperation. We spend a total of four sessions with Dillon and a total of six hours. With each session broken up into two or three subjects, it's possible for each new subject to become a holiday from the last and ponies seem to learn really well in this way - certainly Dillon did. On day one we introduced him to long reining and he was leant over with a view to restarting him the next day. 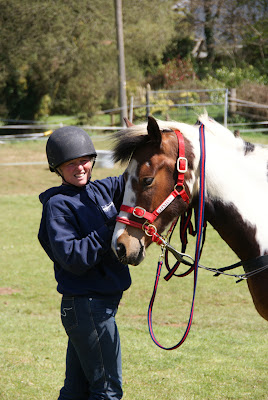 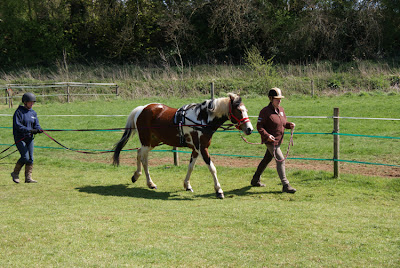 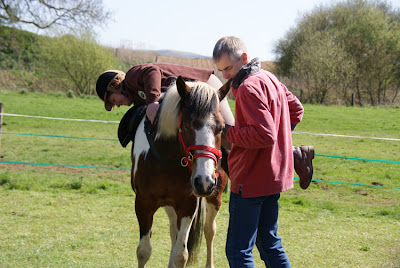 There was even time to teach owner Debbie how to long rein using her wonderful Shilstone Rocks Dartmoor Pony, Dora. 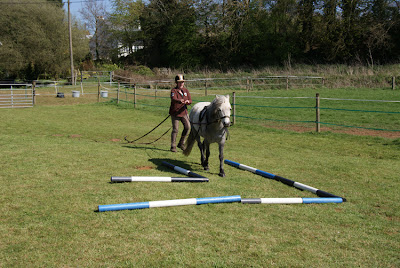 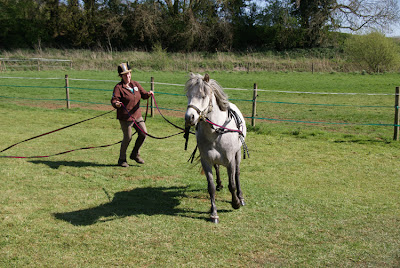 David demonstrates his own perfect manners (he had no spoon). 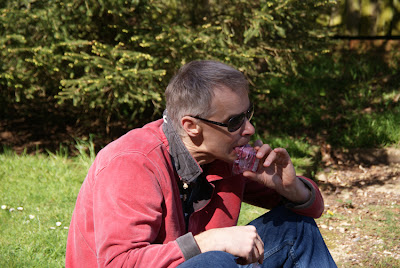 Next day and Debbie got back on board for the first time this year. During that break she has done wonders with him with groundwork and desensitisation techniques that we covered when I was over last October. She also had him thoroughly checked physically and had his saddle checked too. It was an altogether colder and windier day but he was calm and relaxed. 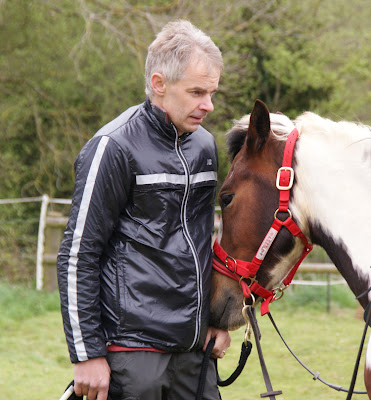 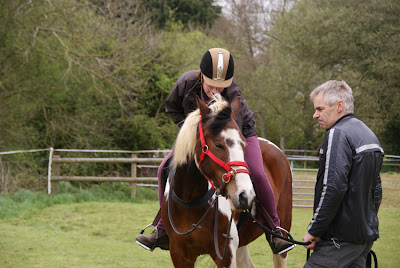 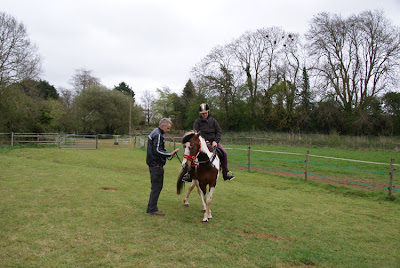 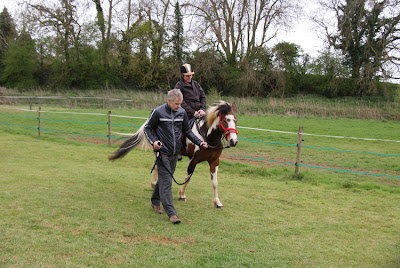 Next we took a look at his loading and there was no doubt that he was worried about it. The tiniest amount of pressure on his head and he was inclined to rear so it was out with the clickered treats rather than engaging with his no. 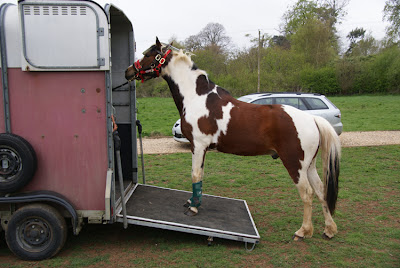 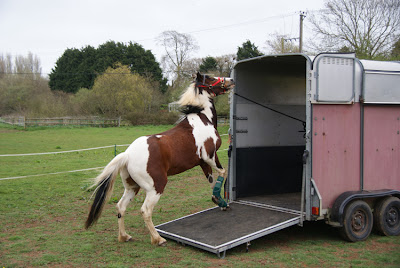 Day three and we're trotting on the long reins and we've got the A Team lined up to continue with the work we have started after we have gone. Friend Annie takes some tips off David for helping both horse and rider during these early mounting and ridden sessions. 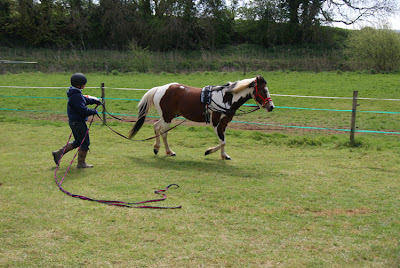 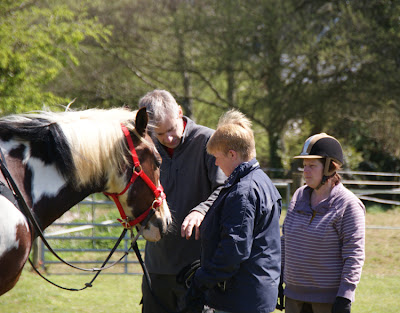 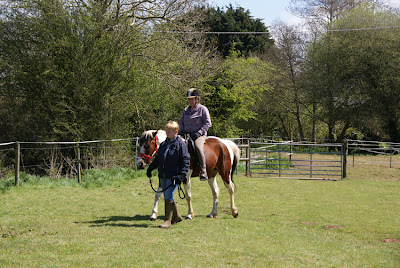 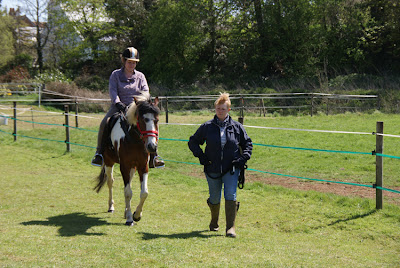 We end that part of the session with Dillon off the lead rein and on our final day he was being ridden independently of anyone on the ground. 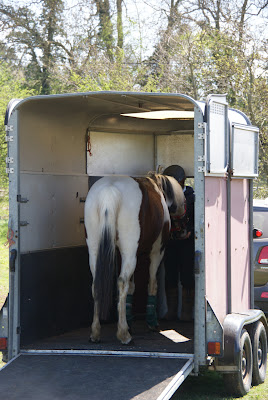 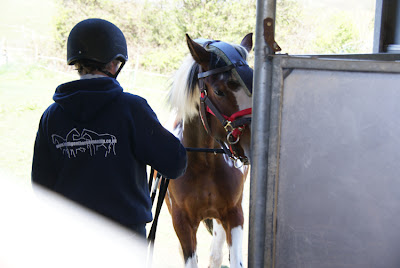 His loading was also coming on and we have introduced the partition. We left this particular subject with him accepting a fake back bar (a pink swimming Woggle) behind him as he loaded.

I shall be going back in June all being well to carry on from where we left off or wherever Team Dillon has got to.

Just to prove we had some time off, here's a couple of picture from Amazon World...! 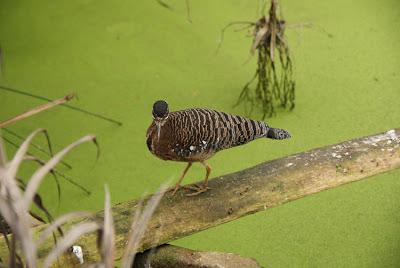 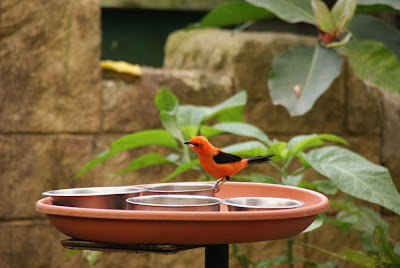