The thing that is guaranteed to frighten a horse more than anything else in the whole wide world is (Cue Gothic screaming and Jaws x Psycho music) the THING THAT WASN’T THERE EARLIER. Charly and I were only commenting on how Petra has become the default horse to take out with youngsters, the starters and the re-starters and for visitors to ride because she is such a good girl. First ride out this morning and she was the perfect companion for Bluebell on one of her first real hacks. Second time out, with Chancer this time, we went around the corner and this had arrived! Petra did a wonderful example of a Western spin before ricocheting off the fence leaving me feeling somewhat giddy but otherwise fine. 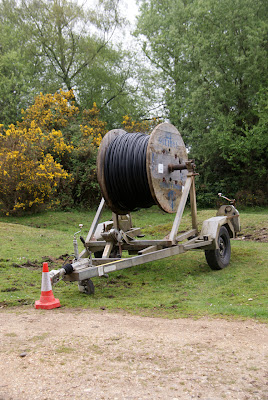 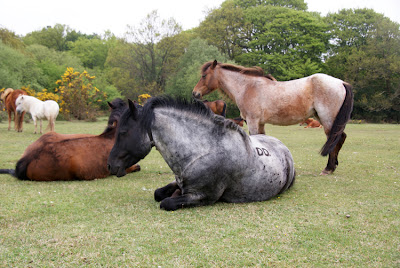 Later I was the scary one as I think I have become Lovely Hill High Jack's stalker when I couldn't resist taking pictures of him lying down with his new found harem. They clearly love having a man in their midst. 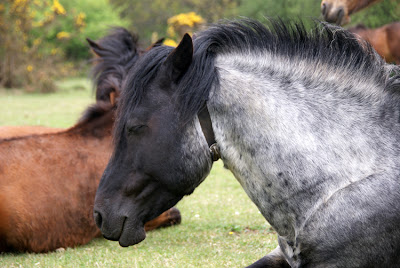 Finally it was off to see Minty who allowed me to mock up a headcollar within 20 minutes of my arrival and had his headcollar on and off five times before I left. Not bad to have a pony that asks for his head collar to be put on after just three and half hours work overall spread over two weeks. 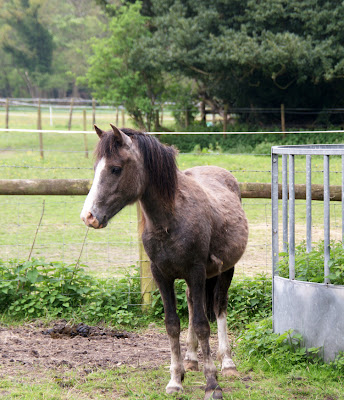 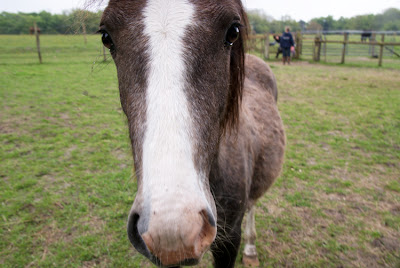 Feeling much braver about people these days. 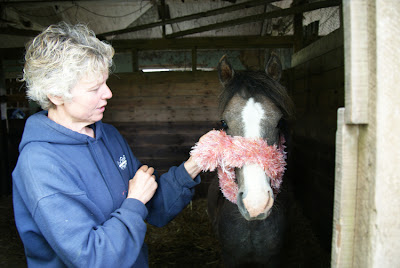 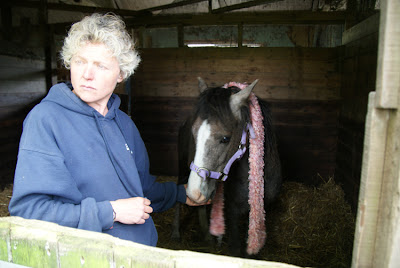