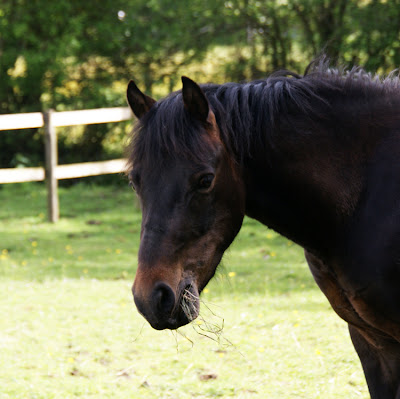 Yesterday afternoon I went to fetch Wellow Nettles from his field about three quarters of an hour away. If you are a long term reader you may recall that I halter trained Nettles with the help of a group of students about two years ago. He had been brought in off the Forest by his owner when he was very young because his mother wasn't well. Before we halter trained him he had no handling at all. Since he was halter trained he has not left his field although he has received regular loving attention from his owner and a nice friend. When his mother died he was absolutely bereft but various attempts to get him a companion failed. First of all he took to eating the tails of other horses (which thankfully he has now stopped) and then he chased his sister through the fence. More recently he has had the company of an older mare.

Now three, Nettles has had very little experience of life. He has only been led tentatively, groomed a bit but never had his feet picked up or picked out. They need trimming soon. On one occasion that his field gate was left open to the road, he stayed in the field rather than venturing out to explore the world.

Considering all that, he loaded very quietly yesterday having been eased up the ramp step by step with the help of clickered treats at the front end and a quarter rope around his hindquarters. It's a testament to his good nature that he never thought of kicking or rearing. He travelled back well and was delighted to be turned out with Jack, who was also bred by the same lady. 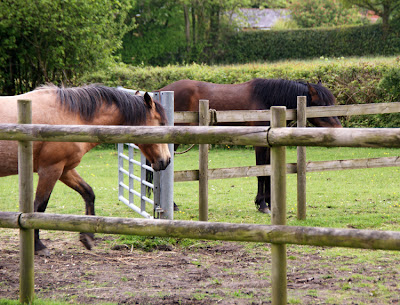 This morning I let the two of them up to the top paddock knowing that Nettles might struggle with the thresholds at the gateways. It took him twenty-five minutes to follow Jack's example and summon up the courage to go through the gateway. 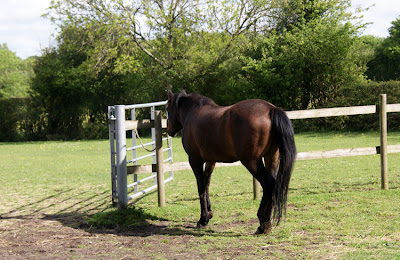 I took his old head collar off when he arrived last night and I did wonder how easily I might be able to catch him given that it is so long since he had his halter training. One click and I had his attention and was able to catch him easily. He's an endearing soul who loves to put his head on your shoulder but doesn't push or shove to get attention. I 'pretend tied' him while I groomed him all over, putting baby lotion on his tail to make it easier to brush. I think most of the attention he has received has been at the front end so it was good to know that he was willing to accept being groomed at the back end. I also picked up all of his feet and picked out the front ones. 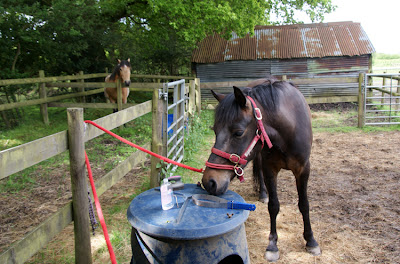 We ended the session by walking through another gateway together, walking around the big field and him putting his two front feet on the see-saw. 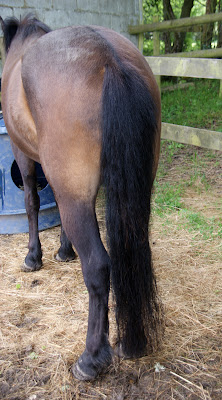 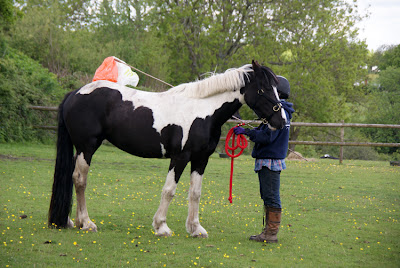 Coco continues to make good progress with the carrier bags. Sometimes it is good to do this training all in one session, working until the horse accepts the bags all over. However I felt that coco would benefit from slowing things down and working on consecutive days. It certainly seems to be working and she was far more accepting today than she has been. Sometimes it is easy to inadvertently set up a pattern of behaviour that you did not intend. Normally I allow a horse to move freely around me when I touch them with the bags but I noticed that Coco was just inclined to circle and keep circling as if she thought that was what was expected of her. She has never been lunged so there is no apparent reason why she should do so. Instead I have been putting a suggestion of a halt into the line, helping her to stop so that she can then find the release with the bags moving away from her. This has become the new (and wanted) pattern. 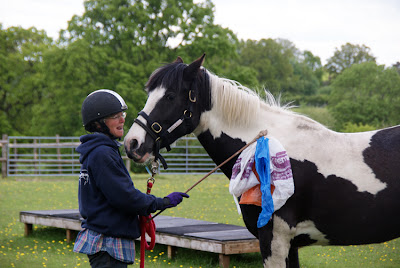 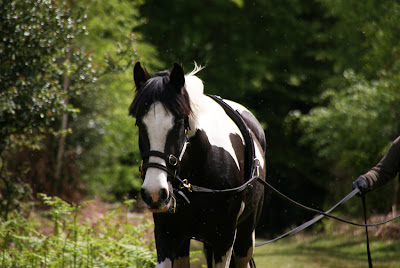 It's important to end every session with something enjoyable that the horse is really good at. Coco loves migrating and so we took her out long-lining on the Forest. She has long-lined lots of times before but never been out and about. 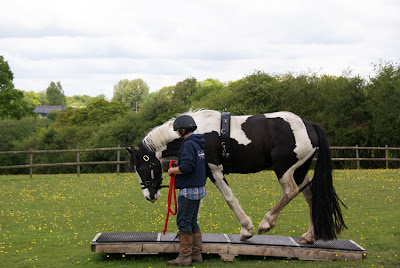 True to form, anything coco can do Rose can do better and she just takes everything in her stride. The bridge and the bags on a stick were a breeze. 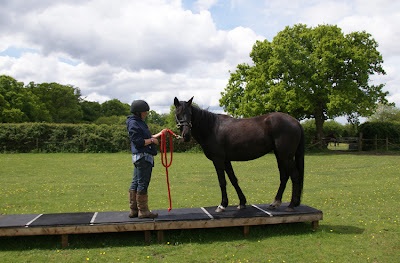 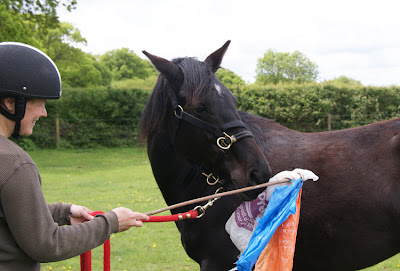 She enjoyed her long rein too especially as she was able to snatch some of the marsh grass that grows on the wetter tracks. Sian was glad of her wellies here. 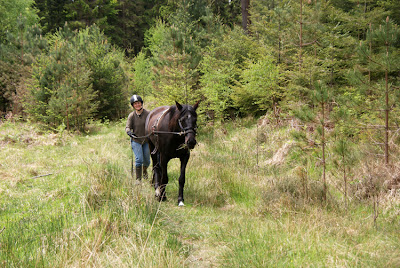 And of course, she is very very beautiful. 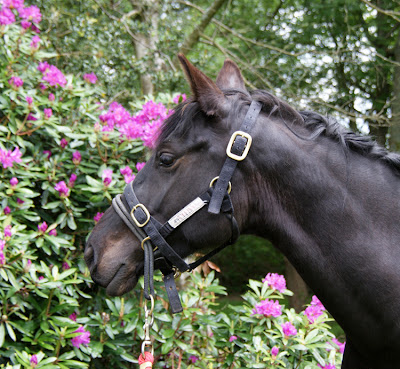