...and your horse's friends even more carefully.

Early morning start and this is another new foal at Woodgreen. Mum has a huge white blaze and one blue eye but the foal is rather understated! I must find out which stallion was in the area as he has thrown some really solid foals and they are all fillies! 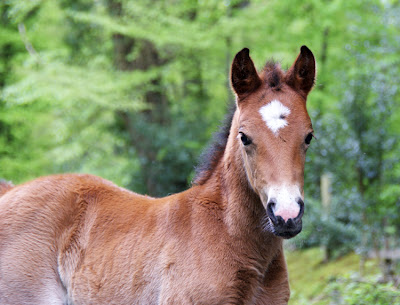 Over at Fritham we have had Bluebell in and she is happily trotting and now cantering around our tracks. The next step will be to go out with another horse and we will choose which one carefully. Petra is always lovely and forward going and not at all spooky so she's the obvious choice. 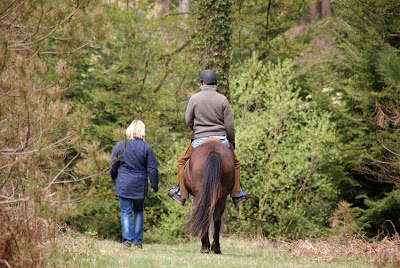 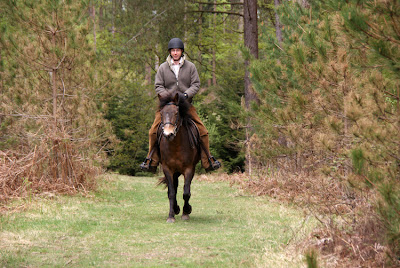 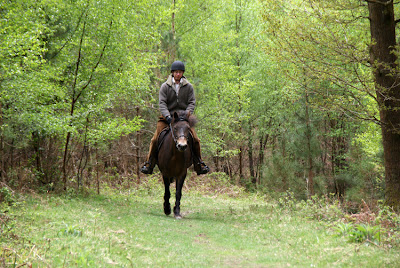 At Theresa's it was time for a second loading practice for Beau and his field mate. His field mate is nervous in the box and so when their owners told me that they intended to go on an organised ride just a few days after their first practise, I advised that it might not be a good idea for them to travel together so soon as it would be a shame to put Beau's confidence and safety at risk for the sake of another horse. They also needed to consider buying a head partition as his field mate is inclined to bite him when she is worried. Hopefully with a bit of practise, no pressure and the partition in place, we can work towards them being able to travel together in the future. Today's practise was a complete success and so they can continue to practice without me. 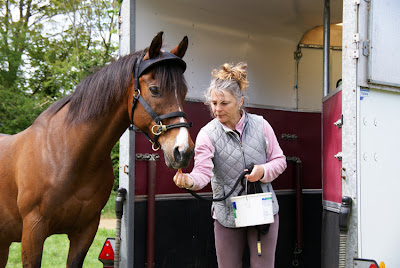 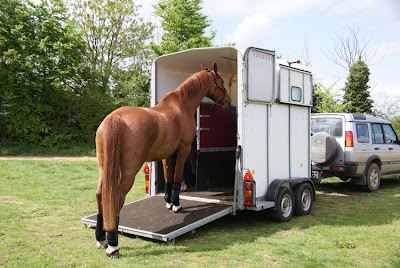 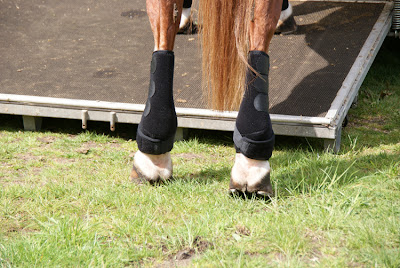 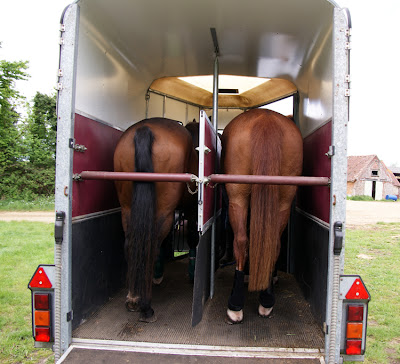 In the meantime Sampson is still having a great time with his field mates which have grown in number to a nice round dozen. They're all pretty well matched as he is younger but taller than they are. 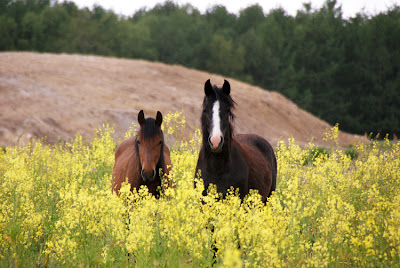 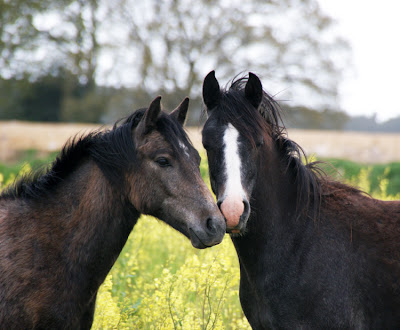