It was like West Side Story on Woodgreen Common this morning with two factions of ponies, egged on by some avid bystanders, coming into conflict but then walking away. 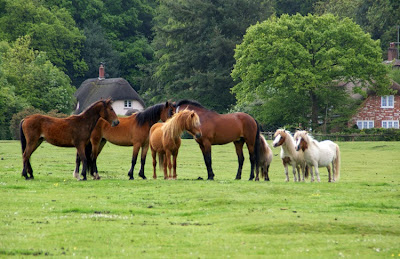 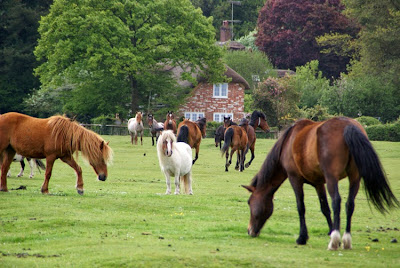 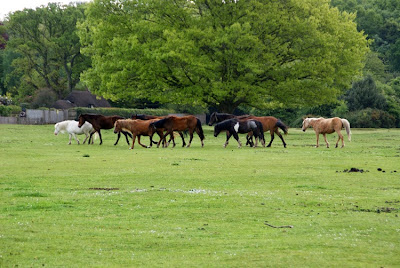 Meanwhile the mothers with children stayed well out of the way. 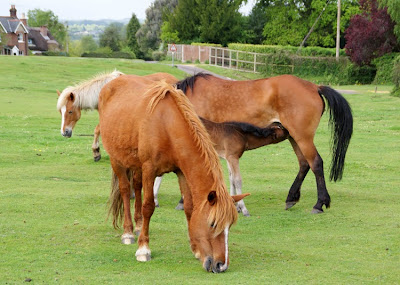 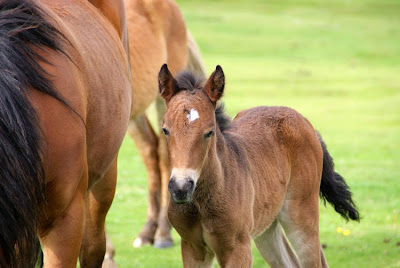 With all of the horse agility obstacles out we gave them atest run with Jack and Nettles loose...neither of them have stood on the black plastic sheet before. 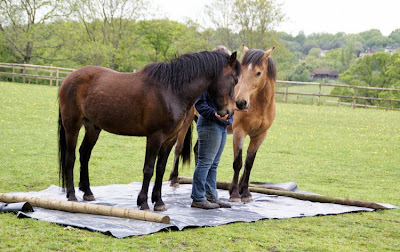 A short while later Rebel and Evie came in for some desensitisation training and to use the horse agility obstacles. Rebel proved to be very brave and confident and willing to give everything a try. Here's a small selection... 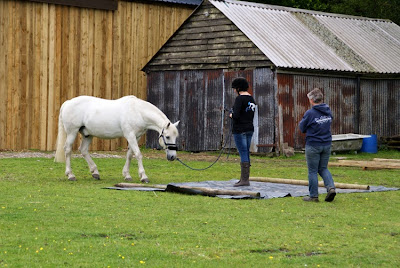 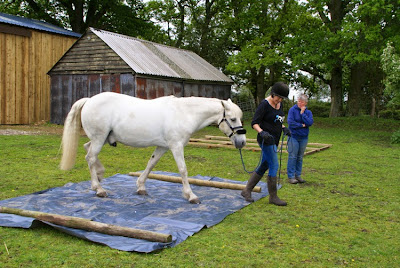 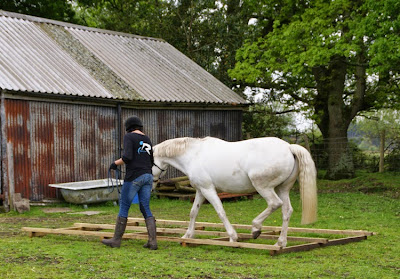 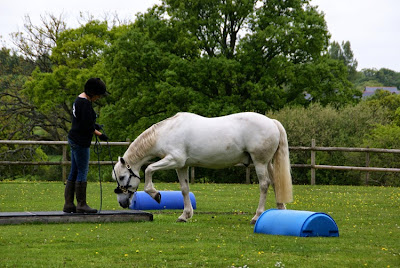 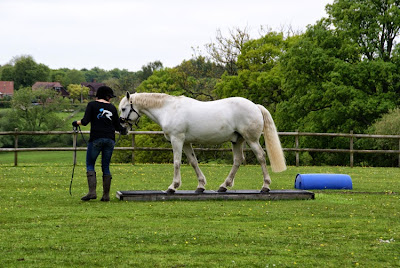 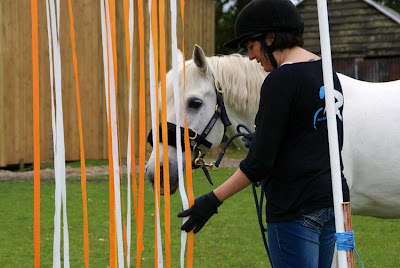 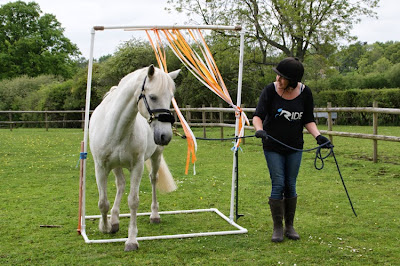 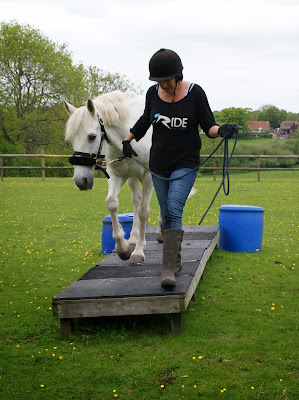 Evie needed to do some more specific work with poles and the gap between things. As a showjumper she must have had or been given a real fright at some time and so she finds it hard to be near poles and to be 'contained' by the gap between wings or anything resembling wings. 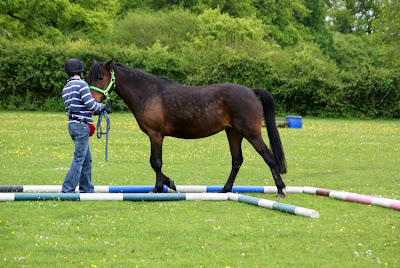 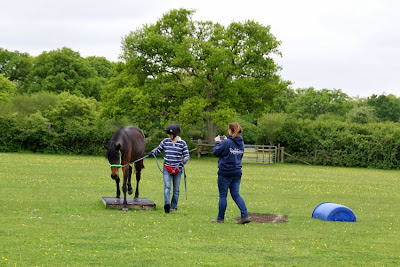 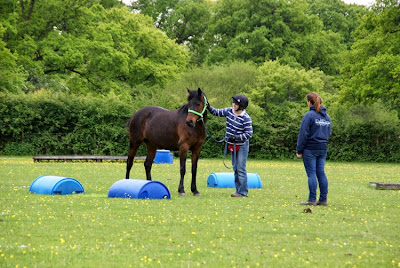 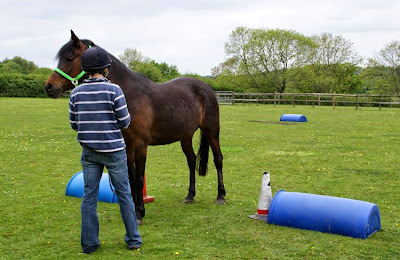