I think it is fair to say that Sarah was pretty apprehensive about today since this was the first time Dina was to be trimmed by the farrier without sedation for three years. Dina had been hit with a rasp about then and it has made her terribly nervous about farriers in general. 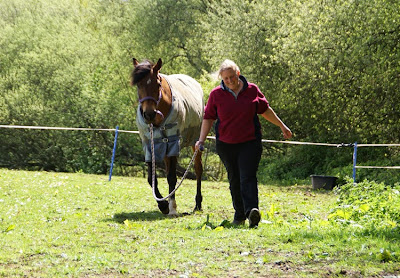 It started well when she was caught very easily (she'd also been difficult to catch for 6 years). 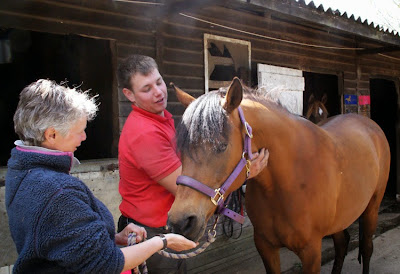 Toby Daniels, the farrier, turns out to be one of the good guys, and is definitely going to be on my list of farriers I would recommend for his attitude, energy and intent around the horse. 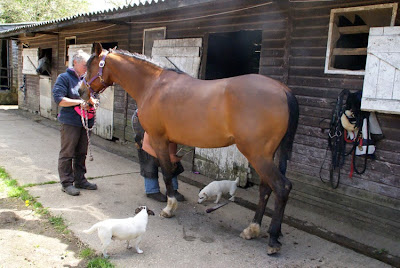 As a result it was an absolute non-event although Dina enjoyed receiving grapes, carrots and nuts at regular intervals. 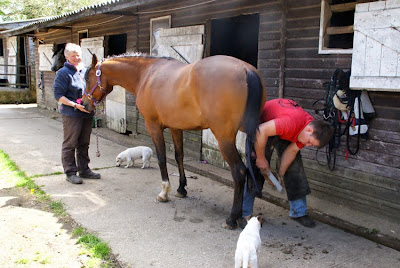 All of Sarah's practicing with the occasional help from me and David in his smoky chaps worked.

"We did it, my little horse that was terrified of farriers, would shake in fear, rear, kick out and had actually put one farrier in hospital has had her feet trimmed without sedation for the first time in years and was perfect. Massive thanks go to Sarah Weston yet again for giving me the horse I always knew deep down that Dina really was. The difference in Dina since January is nothing short of remarkable. Now just to change a few opinions about her and we'll be there....." SB