With Sarah B over for a visit, we three set out with those two for a one and half hour walk on the Forest. These days we seem to be able to take them out on the open Forest without any problems and we all had a lovely time. 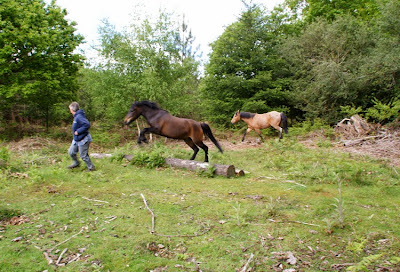 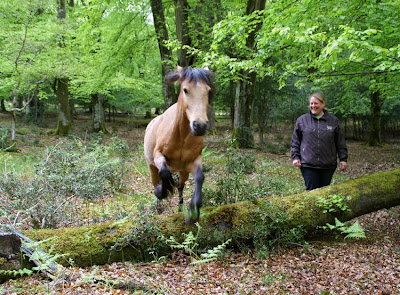 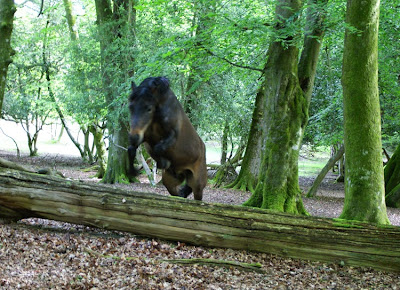 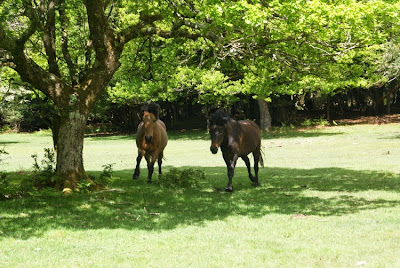 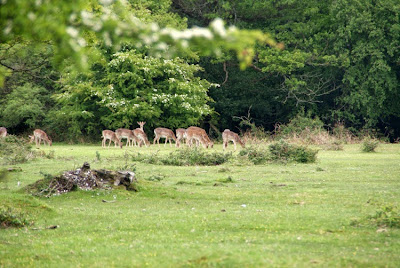 This afternoon we got to take Kestrel out after quite a long gap. He has recently been off work while he was treated for gastric ulcers and so Yvonne wanted me to take him out a couple of times just to get him going again before she rides him. As usual we took in as many sights and sounds as possible out on the Forest. 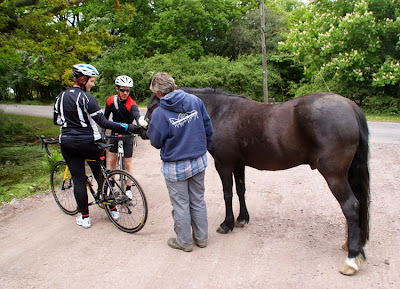 In the spirit of getting cyclists to like and understand horses, I had a nice chat with these two. Now we need to start on the Wigglers. 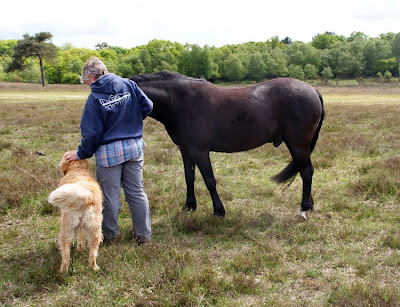 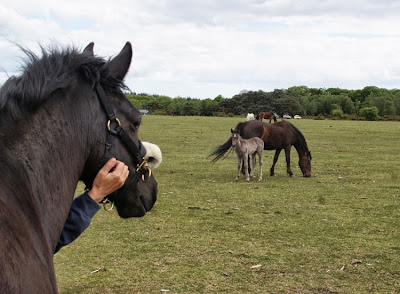 These two foals are both by Futurity Scheme young stallion Walhampson Scholars Farewell who was out at Moonhills last year. 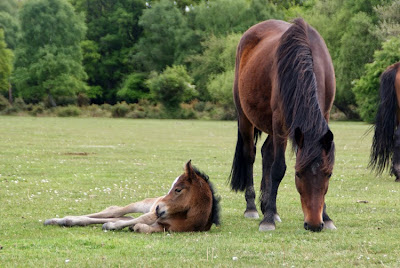 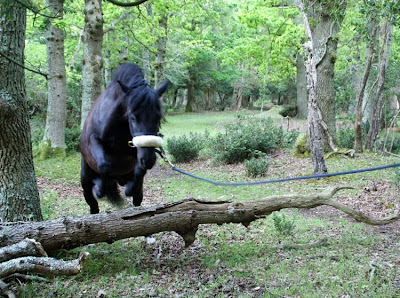 Sarah challenged me to share one of our outtakes. On the way home Kestrel grabbed some grass and managed to pull it up by the roots. As he began to shake it there were bits of earth going everywhere and I was worried that there might be earthworms in it. I'm not a fan of earthworms! 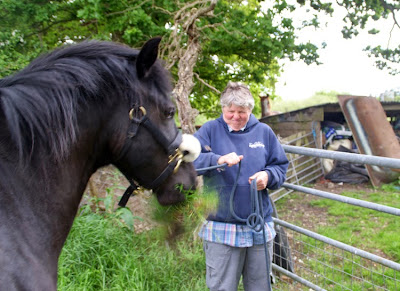