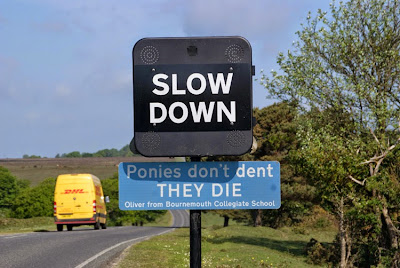 New signs on the B3078 which light up if people are driving too fast. It's to be hoped that the message gets through with so many ponies taking to the roadside in hotter weather in order to have the insects wafted off them by the draught from the cars. 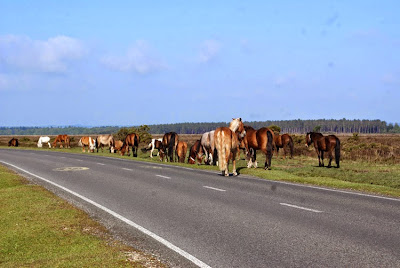 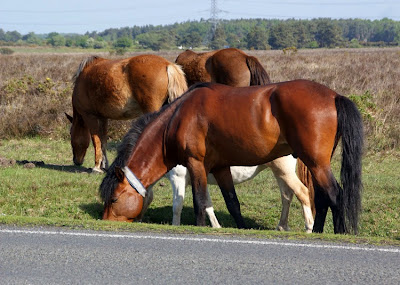 Arriving at Kestrel's field today we needed an alarm clock but actually allowed them to wake up gradually before taking Kestrel out again. 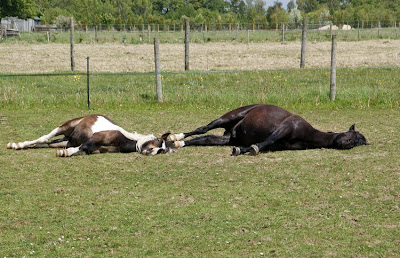 He's pretty calm and quiet so short reining one handed was very easy. 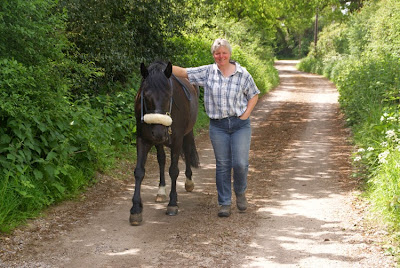 We met a really rattley trailer along the track - always good for his education. 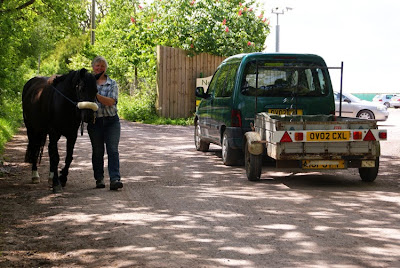 We needed to get reacquainted with the bridge where he has a tendency to rush when he reaches the middle of it. It's really important not to feed in to that energy by going up an octave and saying "Steady! Steady! Steady!" Instead I talked to him in a low, slow voice and walked him over it over and over again until he went across calmly. 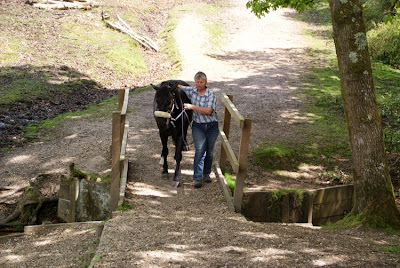 He seems to have caught on to the idea of jumping things. 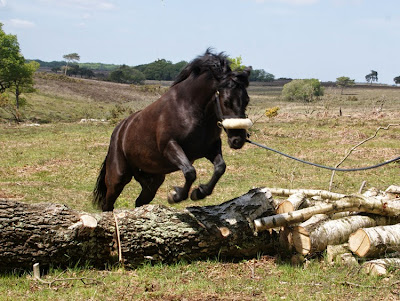 Another foal by Walhampton Scholars Farewell. 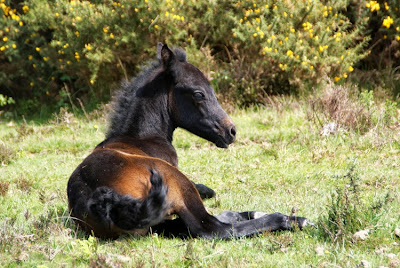 And a new donkey foal at Fritham. 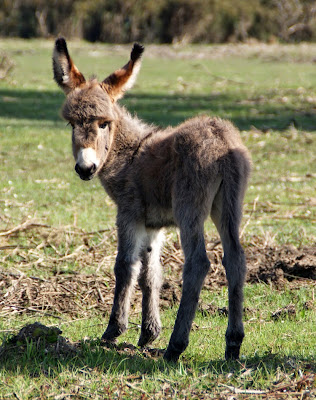