1st September, 2015 Shaking his Little Tush on the Catwalk 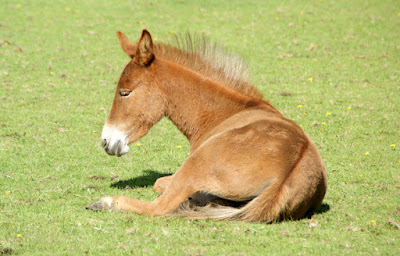 Pinch, punch and Henrietta has already started to think about her new winter coat. She looks like a coir doormat. 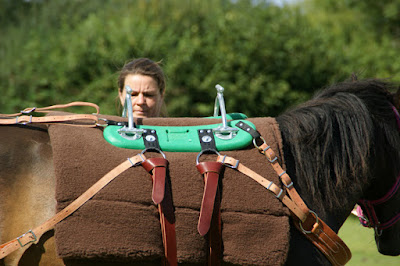 Tracey and I may have sussed out how to fasten the cinch properly but that didn't make the rest of the harness any easier. Hopefully now that Nettles is more used to it we needn't dismantle it again to put it on. 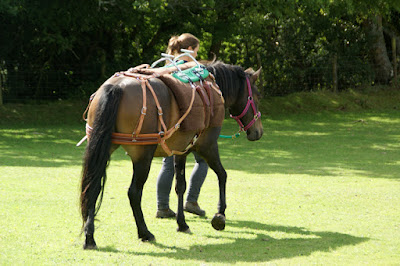 Stage two was the whole kit which Nettles accepted pretty well. He's slightly nervous of looking at it out of his right eye so lots of turns to encourage him to look at it and then other tasks to give him something else to think about. 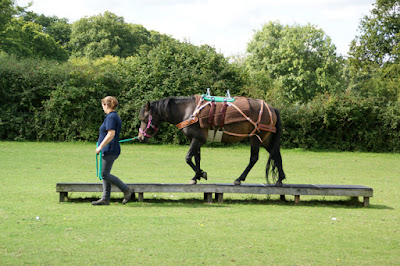 Second visit to BB. This time we were in the big school where there is so much to see and do! Once again it was a case of asking her to accept some control and to prove to her, it's okay, you're okay.

The L-shaped poles help to create trust as both horse and human have to co-operate with each other in order to miss the poles. 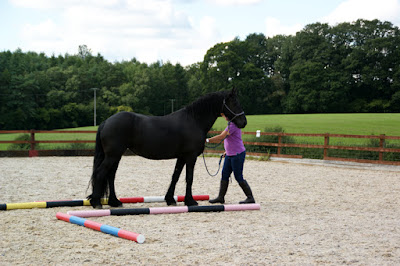 We might need that brolly later if the clouds are anything to go by. 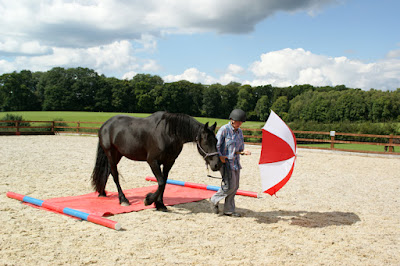 Liz was very pleased with Banksy's progress with the bridle. He's gone home this afternoon but is back in a couple of weeks. 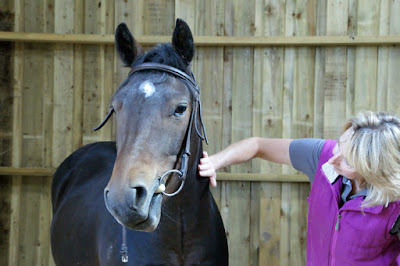