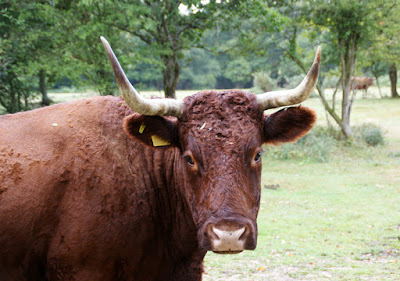 The gate was barred by an unmoveable red object this morning. We had to be very tactful about asking to be allowed in as she appeared to be in charge of the local crèche and we didn't want to make her cross. Not with those horns. 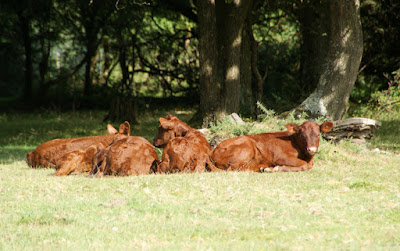 Time for a short session with Henrietta before we set off down the road...she's accepted a brush for the first time. 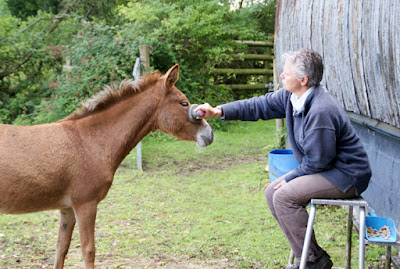 With extra pairs of hands available, we took both Kesali and Copper out on the Kewlake circuit today. It was really uneventful. 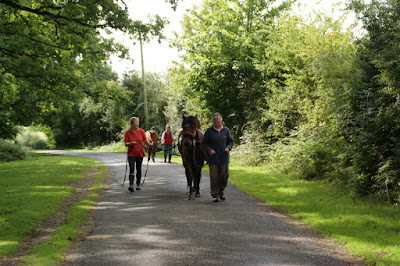 We met this big van down the no through road - luckily he stopped for us - and we discovered that he was all done up in wedding finery... 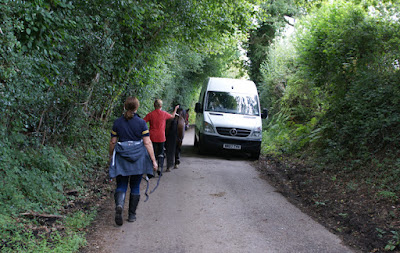 ...and so was this tractor driver! 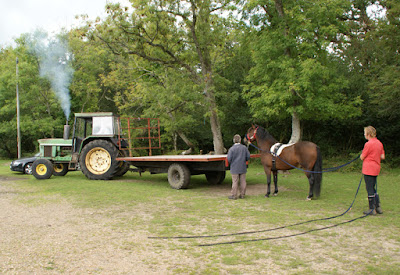 Back at the fields Jackie sat on Kesali. We did a few steps in either direction and she got on and off three times. 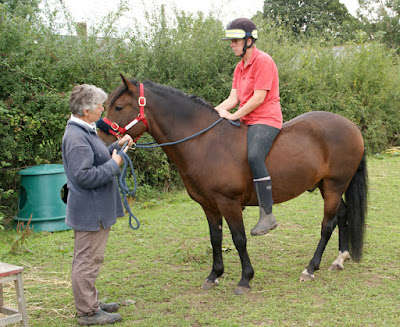 "Got on and off my boy again this morning 3 or 4 times. Used the scawbrig bridle this time and turned him round to the left and then right then got off. He was fine. More interested in getting back to eating! Not so confident going out walking with me on my own. He likes Team Weston around him! Been doing more tarpaulin and umbrella work with Copper who was a good boy. Got over the tarp without inducements today! Thanks so much. I have had a little cry a couple of times since getting on him. But so happy! Big milestone I think!" JH

Just over the road Kathryn has now bought BB after her period on loan with a view to buy. Things are going well. 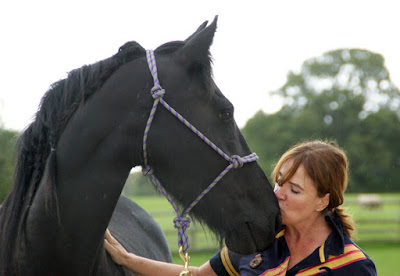 We did some foot handling work and then finished off our desensitisation session with some 'fly-pasts' and 'stalking'. 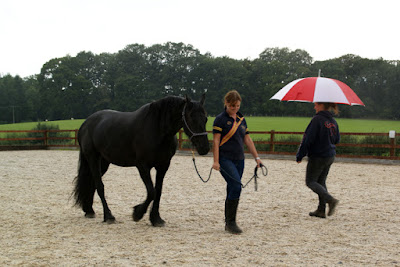 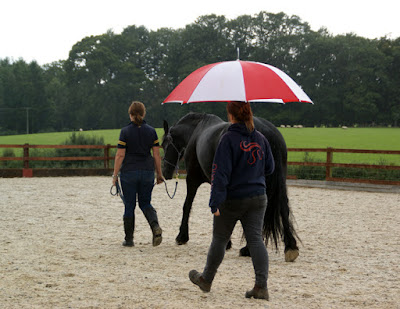 A pannage pig at the gate was too good an opportunity to miss so BB met her first before Kesali and Copper. 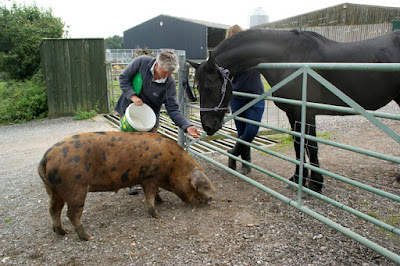 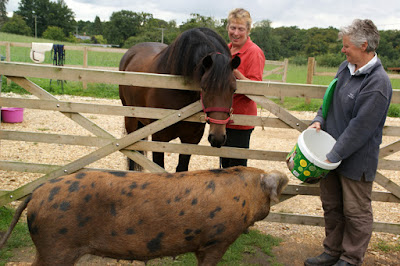 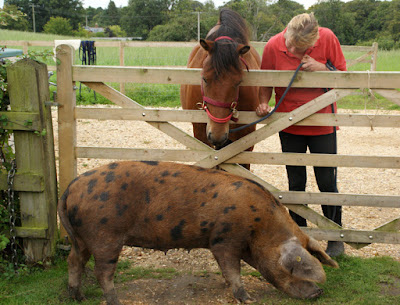 Disappointment though this afternoon when after going out with mock panniers on (cushions) and seeming to be fine, Nettles didn't cope with the real thing (they are huge) and will not be going off to be a pack pony. Looks like he will be going home at the end of his loan period. 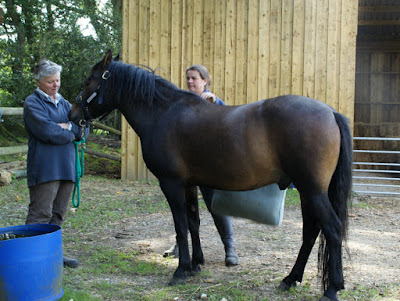 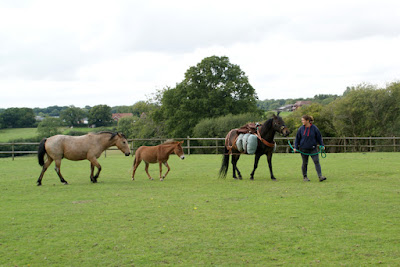 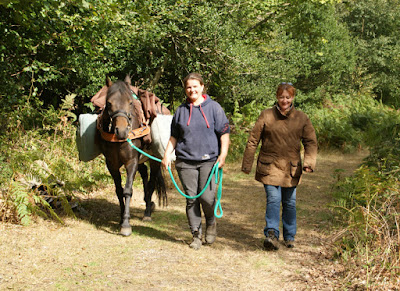 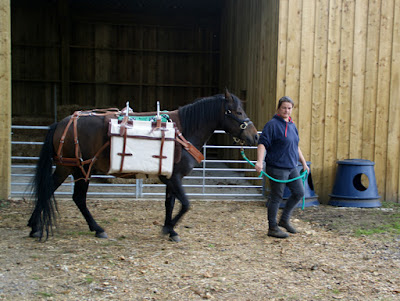