Poor Victor has had a bit of a rough day. It can be no consolation to him that he was a 'big boy' as he underwent his castration. Luckily he knew nothing about it, having been given an intramuscular sedative and then an intravenous one. I was so pleased that his owners had followed my advice and opted to have him taken into the veterinary surgery where he could be operated on whilst recumbent in the 'knock down' box which is sterile and well padded. He struggled while he came round and I was very worried that he might hurt himself but he finally stayed on his feet and is now back 'home' and fine.

Whilst I am trying to prepare him for a life in general, the subtext for all the work I have done over the last week has been to prepare him for being castrated. He astounded me today, leading so nicely over to the trailer, loading within 3 minutes without recourse to any panels, and then having his feet trimmed by Guy without sedation. Later, when it was time to meet the other half of the Reynolds family, he was friendly with Amy and didn't object to the stethoscope or the intramuscular injection. 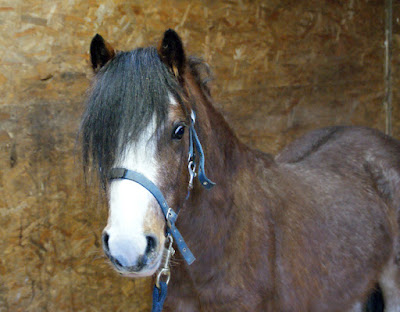 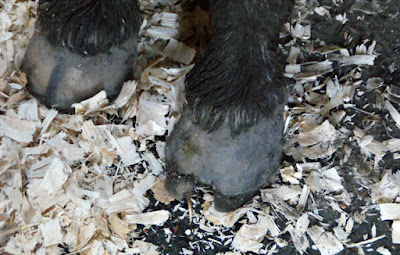 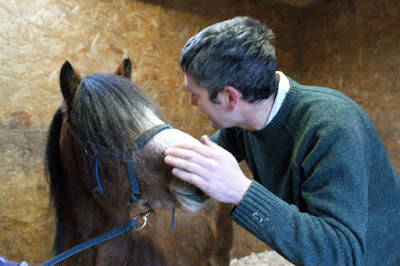 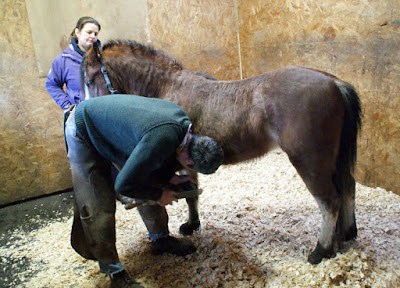 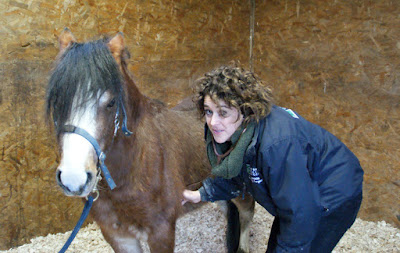 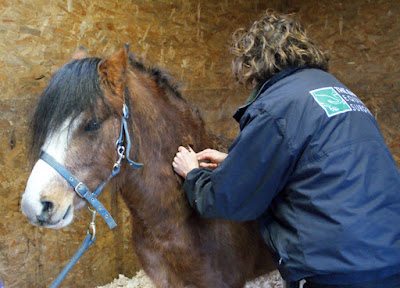 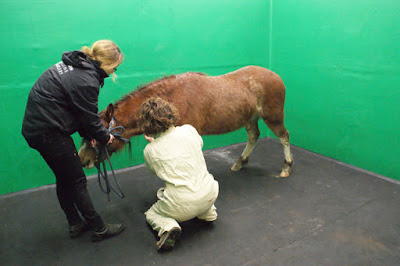 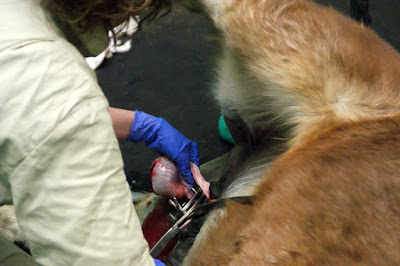 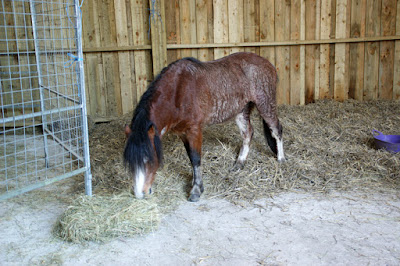