What a relief to find my two Forest ponies this morning without having to send out a posse to look for them. It's been almost four weeks since I have caught sight of them anywhere. Bluesy is just about on the line weight-wise so I'm hoping they'll make their way home soon. Nelly is looking very well, okay fat, but has a patch on her face which I am hoping isn't ringworm. It's the only one. 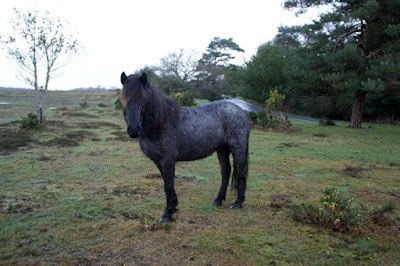 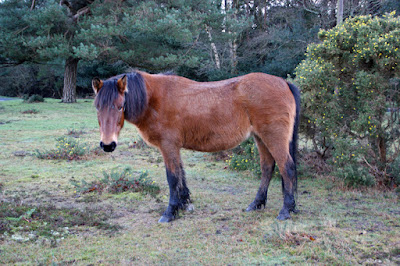 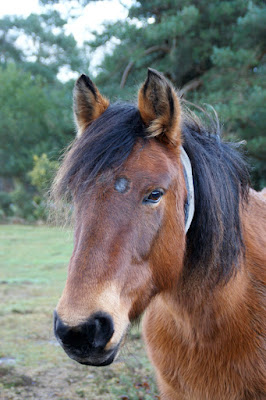 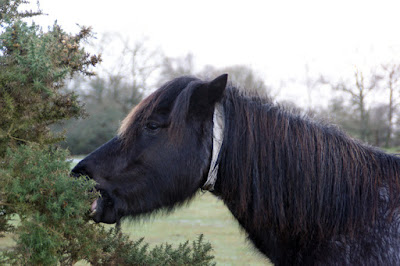 The ponies will eat gorse and holly at this time of year. Not my idea of a splendid varied diet.

From this joyous meeting to the lows of idiot neighbours who insist on leaving their dog off the lead even though they know it has a propensity for chasing animals and cars. I'd just allowed the horses into the top paddock to come across for their hay when in charges this lurcher which then proceeded to chase them round and round for a while at a flat out gallop. Luckily none of them fell or crashed into the gates and fences in their panic.I actually like dogs but I did have a fleeting wish that one of them might just kick it pretty hard. 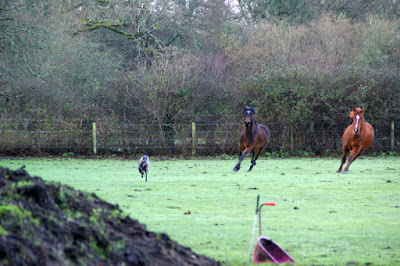 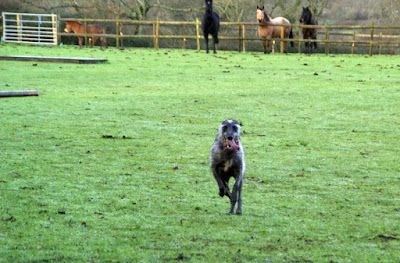 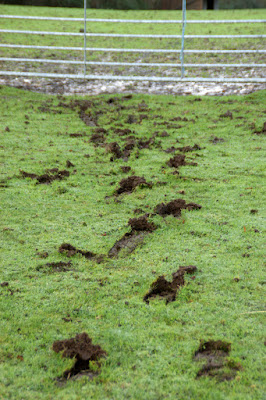 This is not the first run in I have had with this dog owner, who apparently likes horses and is good with them, but this is the most serious. On a previous occasion the dog was running rings around a herd of Shetland ponies out on the open forest and when I said that they should control their dog I was told that he was "only playing" and that I was a "stupid bitch". As that remark came from a dog owner I took it as a compliment. Then last year the same dog came bounding across the main road barking at us while we were riding out and I had to get off to make sure that the incident didn't escalate from there. On that occasion the owner was nowhere to be seen although he may have been hiding behind a tree.

Thank goodness none of the horses were injured today but the field, which is the one I preserve in the winter,  looks as if the hunt has been across it. 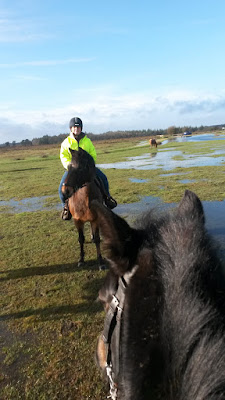 Once calm reigned, we managed to get out for a ride in the sunshine and showers. The whole Forest is pretty wet though nothing like other areas of the country. Bella was a star and so was Petra.  I was feeling benevolent and so let Pat ride Theoden. He was an angel with her which is good because she's a bit past seventy! 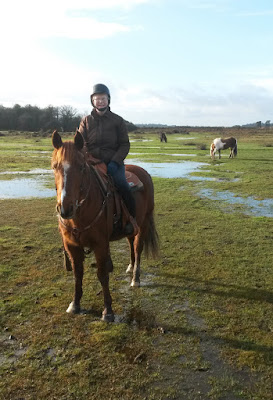 After a break to go for a run, I worked with Henrietta for a while. I wanted to see whether she would now allow me to touch her from the side if she was given much more space to move away if she wanted to. The answer was a resounding yes and I was also able to move to some new places such as the top of her tail and part way down her back leg. All that work with the feather duster first has made this a lot easier. 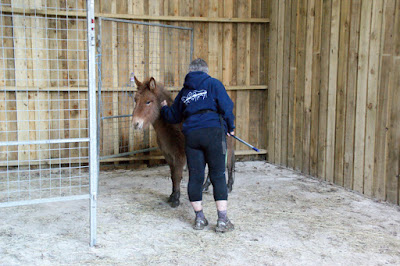 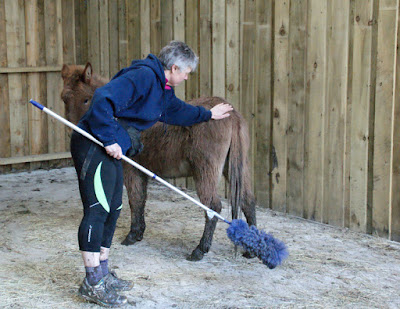 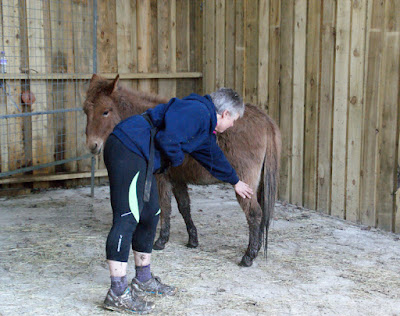 With holiday guest Lenny gone home, we obviously had room for another one. Jasper is my other neighbour Nathalie's New Forest pony, a Theoden look alike, who was turned out on the Forest for the first time in a long time this summer. He's done well until recently but she was worried that he had dropped off a little over Christmas and asked me to keep an eye out and to bring him in if I saw him. Bucket in hand I did just that this morning and he has settled down with Jack and Nettles while Henrietta has moved in with the big horses for three weeks. You'll see why tomorrow. 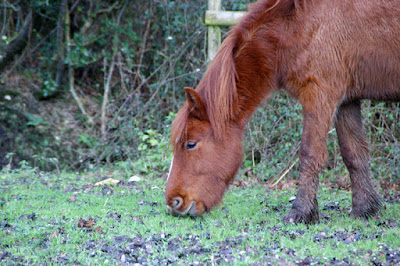