We can't do any serious work with Victor for a little while and so it was good to have Sarah over to see whether he would accept having his head collar put on by a complete stranger, albeit a very nice one 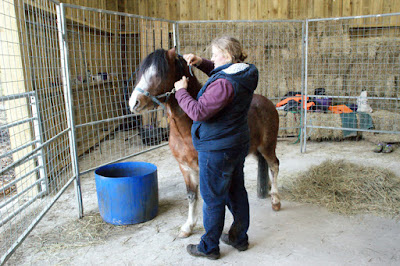 I also mock tied him with the rope hanging casually over his back and picked up each of his front feet for practice. It didn't seem fair to lift up the back ones for now. 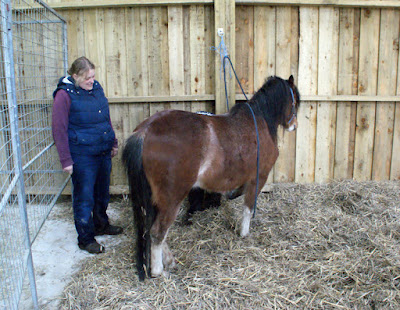 Other than that he is getting lots of hugs... 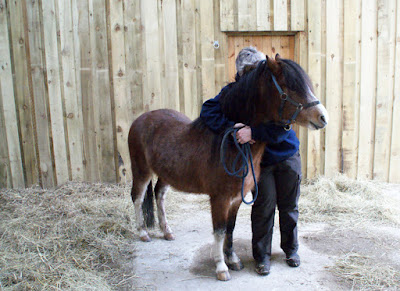 ...but no kisses, owing to the fact that he had been eating poo! This is typical and instinctive behaviour for a pony that has recently received a large dose of antiobiotics as it will repopulate his stomach and intestines with the good bacteria that he needs. Foals often eat their mother's poo for similar reasons. 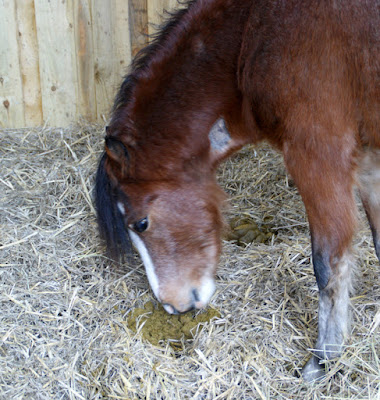 Jasper also approved of Sarah and says that she can come again. She certainly seems to have found the right spot. 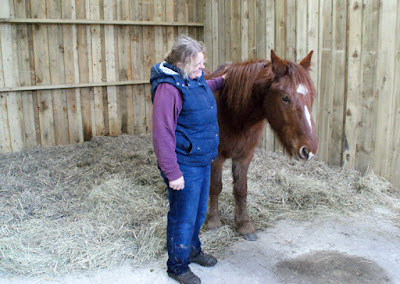 For something to do we took Jack and Nettles out for a run around. As usual they had a glorious time. 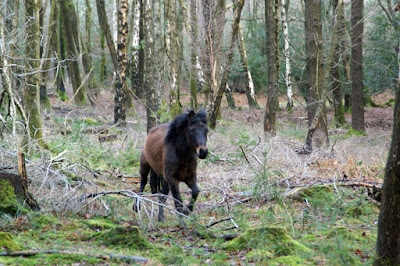 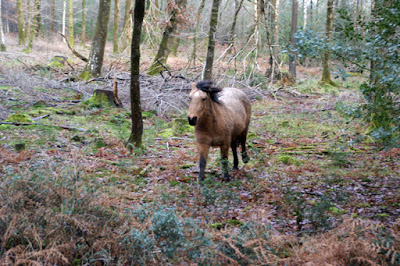 The troll ponies were not quite so impressed. This mother and daughter are frequently to be found in the inclosure and must have their own secret way in. 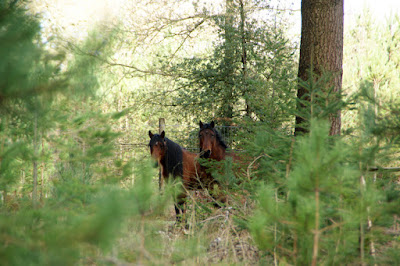 Outside the inclosure we were mobbed by my own wild New Forest ponies that had come home for lunch. 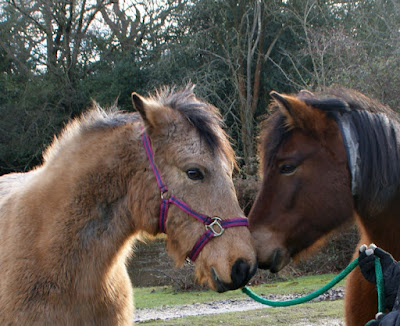 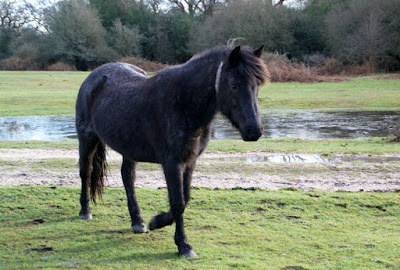 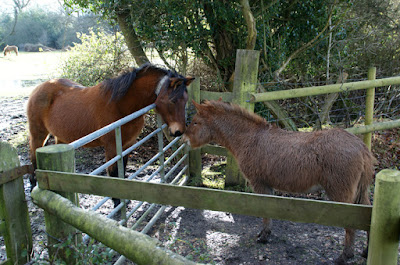 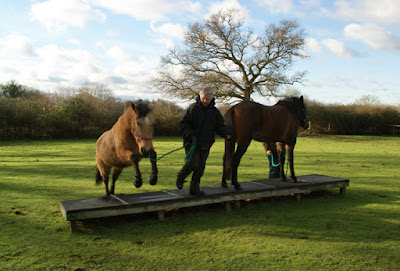 My afternoon appointment involved another lovely Friesian horse with an amazing temperament which seems to come with the breed. Atse (pronounced Ootsa) is three and a half years old and came over from Holland just before Christmas. Considering this, and the fact that he was entire until November, and had little or no turnout for the last week, he was extremely calm and very happy to co-operate with whatever we asked. Today we started with leading and asking him just to stay out of our space since he is a bit inclined to bowl into people. 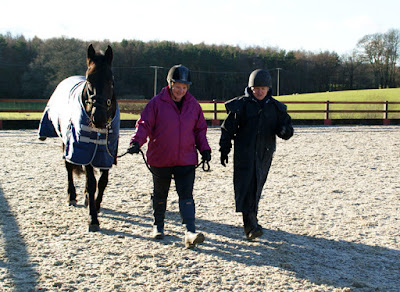 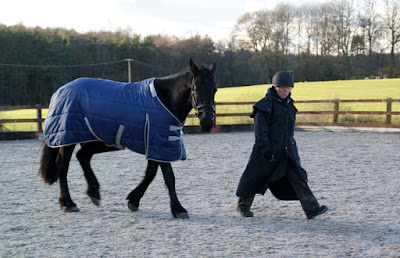