5th January, 2016 There Be Dragons Everywhere 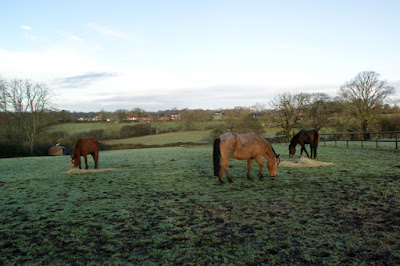 All was serene at the fields early this morning with the three New Forest boys happily eating together. Little did they know that this little pocket rocket was due to arrive at midday. 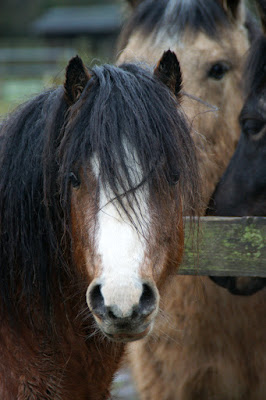 You'd think that butter wouldn't melt in this mouth but Victor hasn't seen any other horses for a little while since his companion moved away. Coupled with his soaring testosterone levels,  this meant that he was keen to make friends. 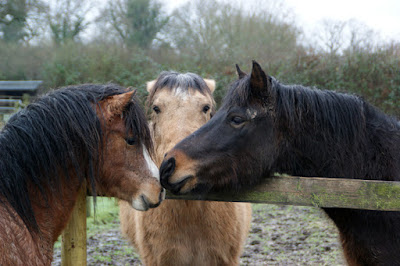 Jack doesn't look like the happiest gooseberry there ever was and a worse fate was in store for him... 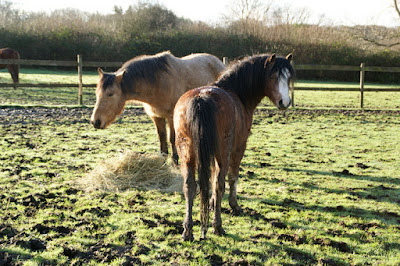 ...since he has been appointed Chief Chaperone. It didn't get off to the best start when Victor peed on the hay. 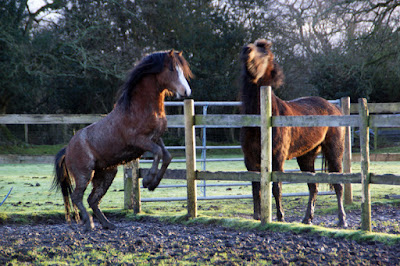 Victor was far more interested in Nettles and showing off his moves...which included floating around the field. 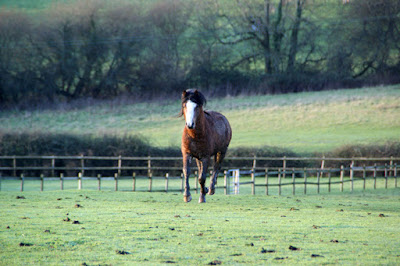 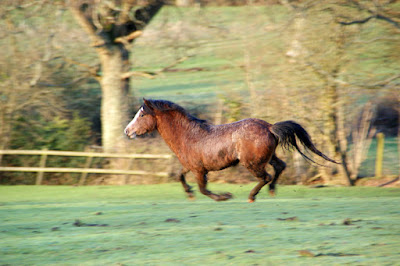 He is still looking for a new home either as an entire or as a gelding. He is due to be castrated next Tuesday. He is now rising three and is by the stallion Tryfel Dynamite and out of Rhydyfelin Saffron who has some of the oldest Coed Coch bloodlines. Tim tells me that Victor has been accepting his head collar easily and consistently in the open field. I am going to be working on leading and foot handling. If you are interested in having this pony, please contact me. I will be doing everything I can to set him up for the future.
Posted by Loisaba Wildlife Conservancy at 6:33 PM