After an appointment at the hairdresser's, during which he went to sleep tied up, Victor tackled some obstacles with alacrity this morning. He wore my jacket as his first 'rug' and seemed to appreciate the warmth on his back. His back legs are getting braver. 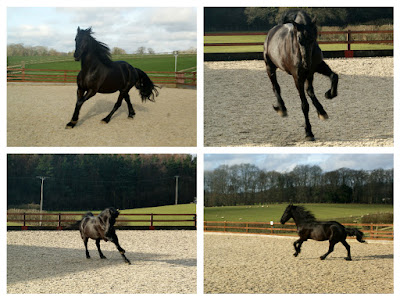 Later, our second visit to Atse. He has had no turnout since Saturday so we though it would be prudent to allow him to stretch his legs and let off steam for ten minutes before we made a start. Hopefully he is going to have some more turnout as from tomorrow. 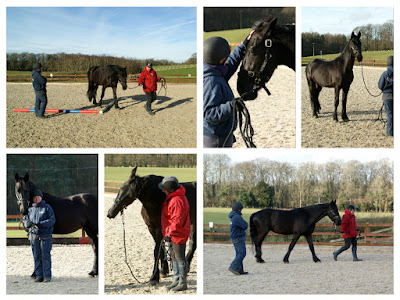 Despite potential cabin fever, ten minutes running around the deck seemed to be sufficient. He really is an incredibly calm youngster and he worked so nicely through the remainder of our session.