It's not easy in this weather to be on your own with horses, especially if like me you don't drink hot drinks! I am so glad I have got a Tracey!

It's not so easy being on a yard either, even if you have part livery where someone turns our horse out for you or brings it back in, maybe mucks out too, and you have access to facilities like a school. There are often rules about turnout that mean that horses are cooped up for hours on end, unable to get rid of their energy, or eat with their heads down, or synchronise with other horses. Then there's the bullying that goes on and everyone having an opinion about what you should be doing with your horse even if they've not been asked!

Either way it can be a bit of a slog at this time of year. 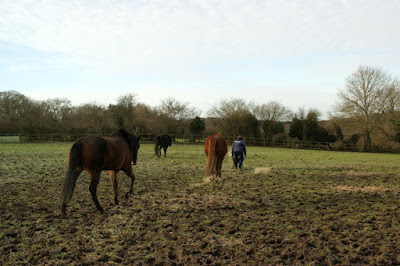 Our day always starts with a hay run and ends the same way. The horses are all out un-rugged this year and appear to be doing well despite the cold and wet. They have a field shelter which they don't tend to use in the wind and rain because they can't hear so well then but they also tuck themselves away deep within our hedges.

Today's client has decided that she much prefers to be on her own too but she has the company of two lovely horses, Clive and William. Clive is 1/4 Shire and 3/4 Thoroughbred and was in very poor condition when she bought him. She's slowly brought him back to health with the support of her vet, the physio and the saddler, and he's now looking pretty good. It takes time to get the weight back on a horse and it cannot be rushed. 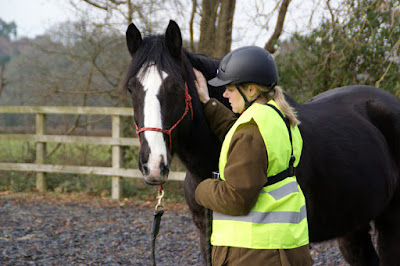 Clive is 7 but still has some growing to do by way of catching up. He's a four year old horse in a seven year old suit both mentally and physically. Lindsey asked for my help with some groundwork to start off with and for some mentoring help as she checks out what he knows and what he doesn't know. 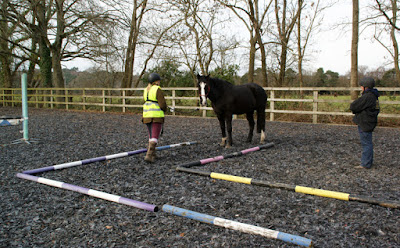 She's done a great job by herself on instilling some very basic rules and some softness in his movement and my role was to just fine tune where it was needed. In particular we established a lovely rub as a reward "Patting is so last year!" and a little more definition in his leading.

He behaved beautifully throughout the session. He is so attentive, responsive and sensitive and measure what he did stride for stride. However, I am told that he can be very big when he is worried by things like the wind, barking dogs and galloping horses. We know that he has been hunted previously and so there is little wonder. Apparently his head goes way up in the air and his tail kinks over his back.

We got a little inkling of just how energetic and athletic he can be when we let him off at the beginning of the session! 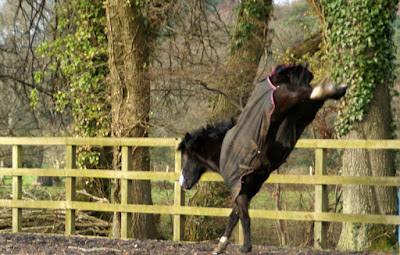 "Thank you for today. I learnt lots and the report was excellent." 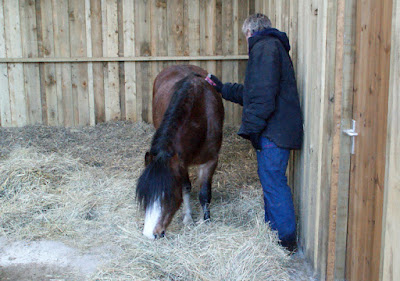 We've had some very red visitors at the field today - the troll ponies in the morning and a calf creche in the afternoon. 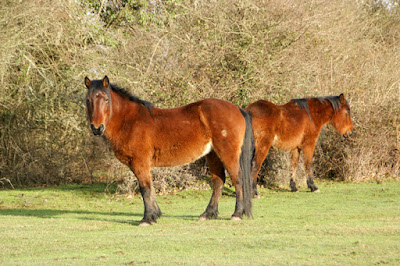 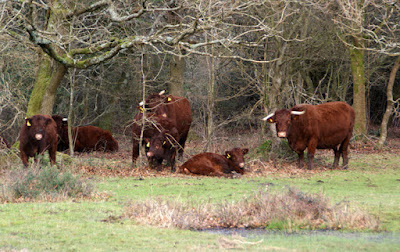