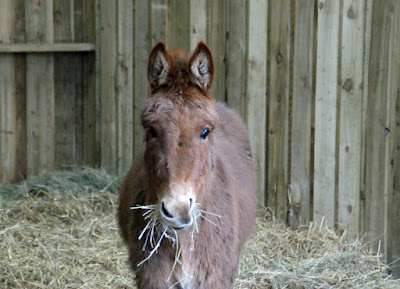 After a three week end of term, I wondered whether my goldfish coloured friend would have forgotten everything she has learned. Having worked out how to put herself inside the pen, she showed me that she hasn't forgotten a thing and we started off where we left off last time. She was extremely pleased to find that there was no truth in the news from Lymington Rumour Control that the ginger biscuit factory has been flooded and production stopped. 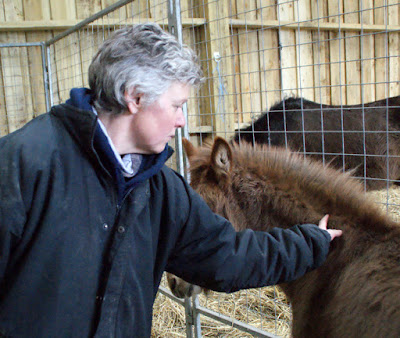 Off to Winchester next to catch up with Sky news. Her owner and loaner are doing really well with her and she now stands still to be mounted. Although she is no longer frightened of running water, or a pipe, she still wants to avoid the discomfort of running water on her body. When tied up she uses the full 180° available to her to push people out of the way and postpone what they are doing. Whilst we can have sympathy with her point of view, it is important that she learns to accept legs being washed. 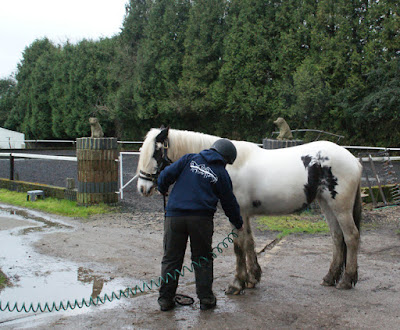 With just a very slow trickle coming out of the end of this (rather awkward) hosepipe, I kept the water running down her leg until she stood still and then moved away and then repeated this a good number of times and for each leg. She soon learned to stand still and to quietly accept the water on her legs. 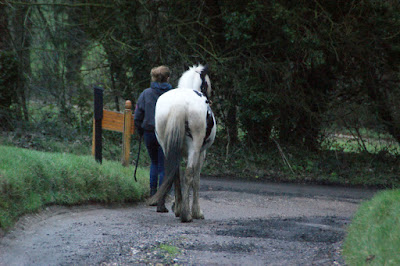 We also worked on leading along the driveway where her primary thought is to get to the grass by pulling or pushing. By turning the handler's hand the other way up ('motorbike') hand we were able to answer her question each time she asked whether it was okay to go and eat the grass. The 'motorbike' hand is stronger when needed and enables you to engage all of the muscles of your arm and your core when necessary. 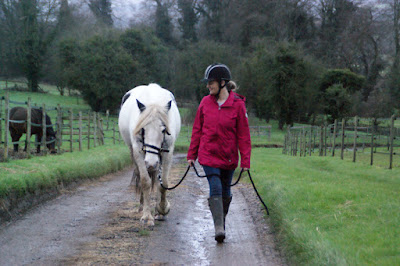