Two great loaders at the same yard today, each with their own way of avoiding loading. Neither was a reflection of the lorry itself which is in good working order, light and airy and always driven very carefully.

The first was a big Anglo-Arab called Zing. He's normally a polite and affectionate horse and of course there is no moral angle to his not wanting to load; he's just seeking the easiest path like every other horse. Something in his past has put him off and he has developed a strategy for postponing things for as long as he can. 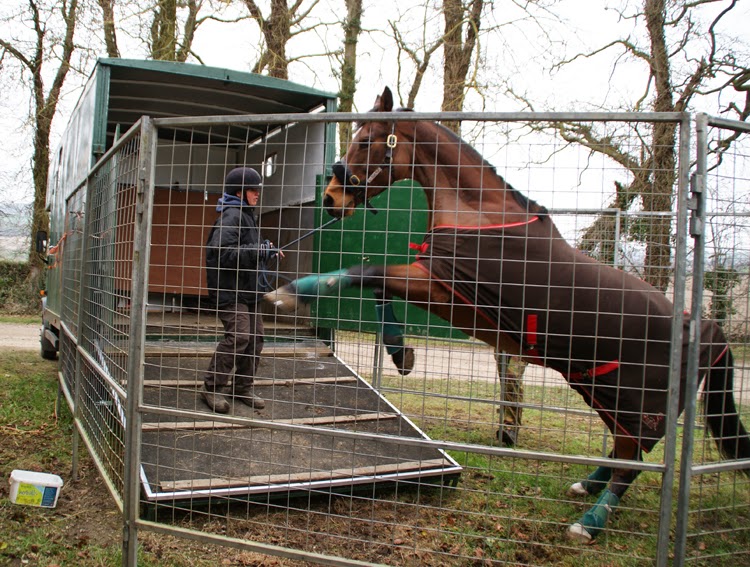 I was forewarned that he has a tendency to rear and strike out and then to leave. On a previous occasion he has taken off across adjacent fields. Accordingly I needed a safe place within which to work and the panels are ideal for this. Caging never looks terribly attractive but it's important to remember that it is no more confining that putting the horse in the horsebox itself. 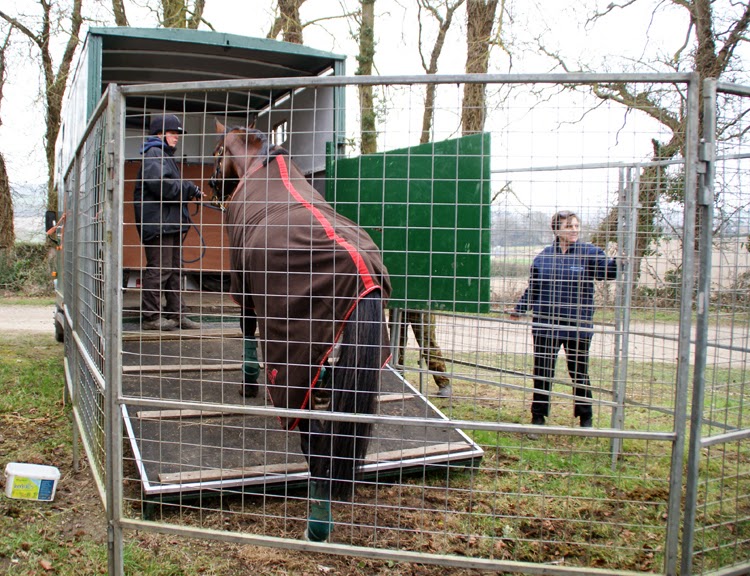 I used clickered treats and gentle pressure and release to ask him to engage with the ramp. Whenever he took a step forward the line went entirely slack and he was given a food reward. 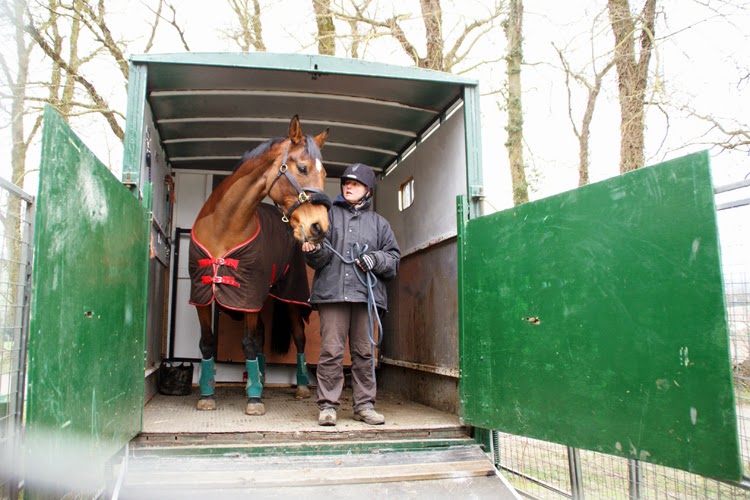 Soon he was loading easily and consistently and seemed much happier about the whole thing. 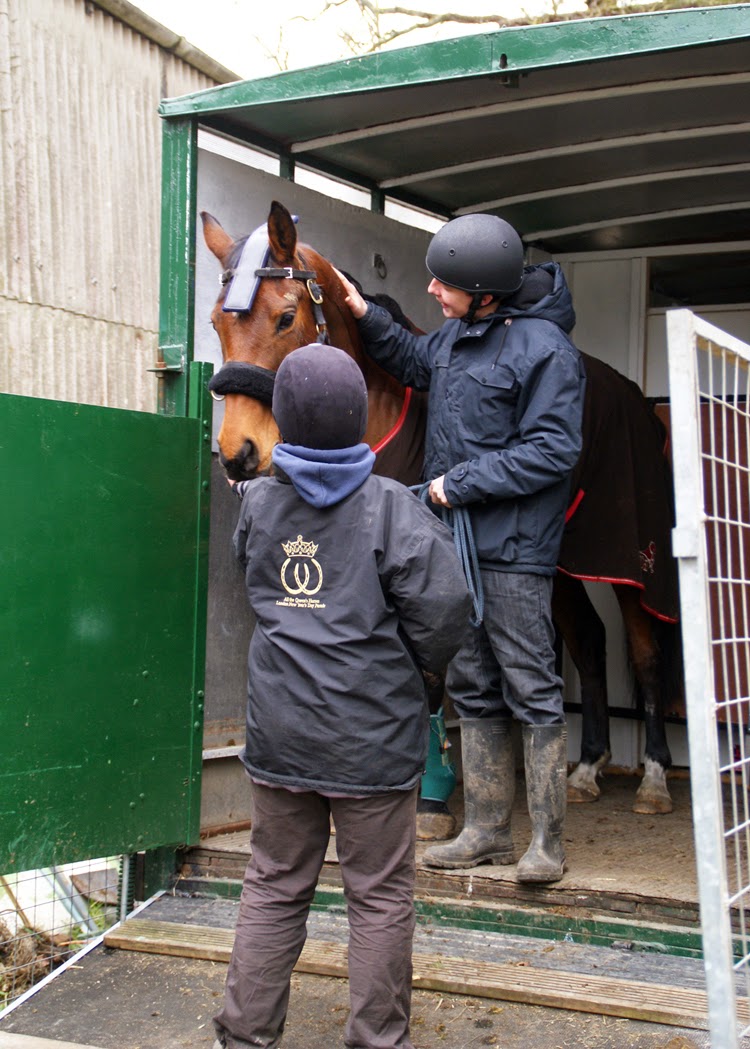 After a break and some turnout while I worked with another horse, I asked his owner to load him again and he walked straight in. I have left the panels with the owners of the horses so that they can quietly practice over the next few days and weeks and eventually take the panels away one by one.


" Just to let you know Zing loaded today without any hesitation and with the panels opened up first time. We took him on and off about 5 times and he loaded perfectly every time. Thank you so much!" OF 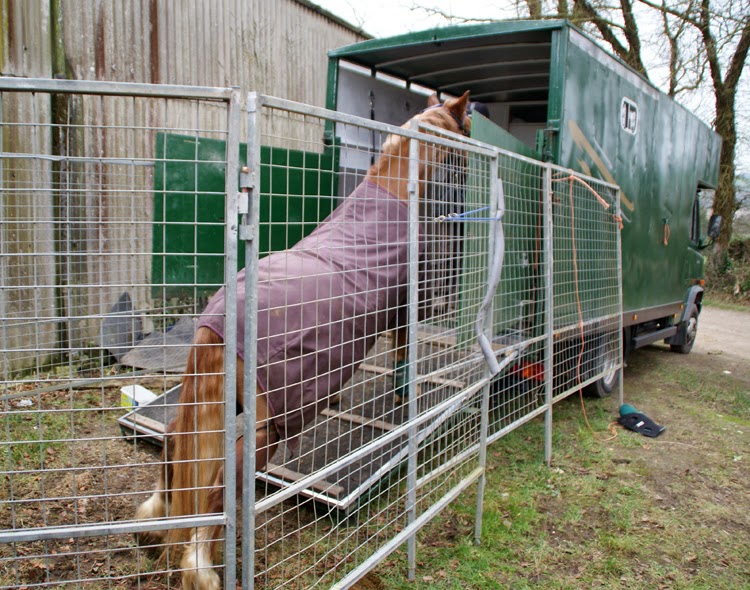 Welsh Section D, Cochyn, has developed a different strategy, planting his feet, particularly his back ones, and refusing to come forward. It is easy when loading to make the mistake of looking for movement from the front feet only and creating a horse that is happily moving his front feet here and there while his back feet are rooted in the ground. The art is to make sure that you release and/ or reward for movement of the back feet. 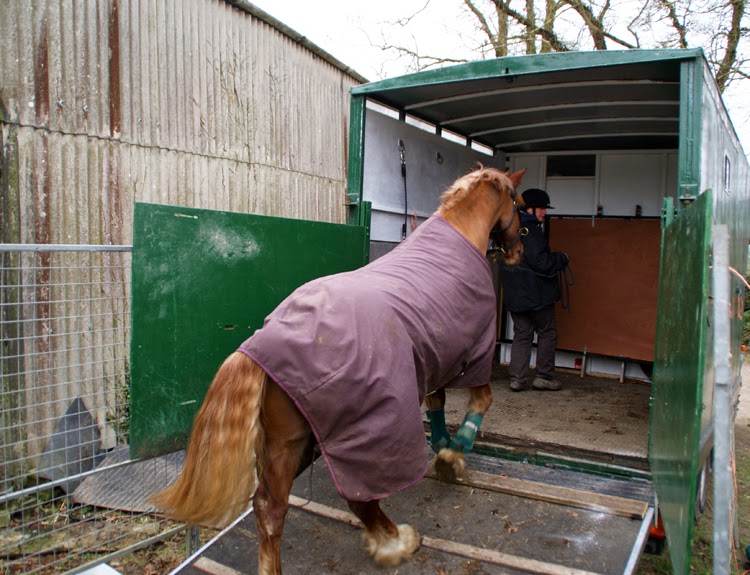 Cochyn was soon going in and out and was delighted to find a good sized feed inside the box. 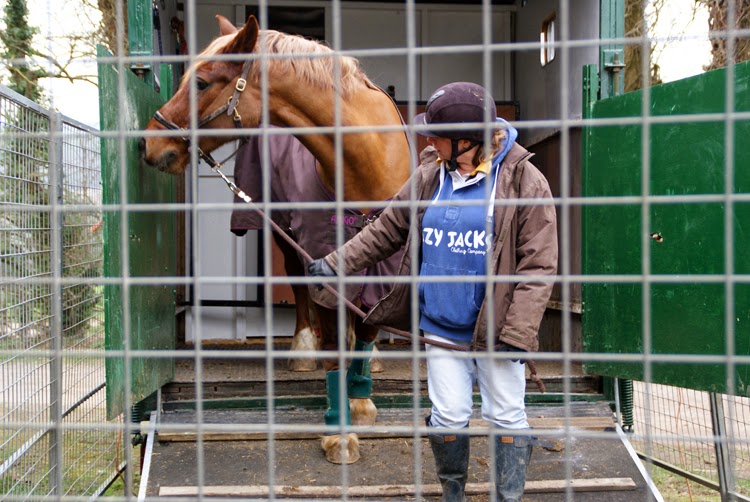 Once again, after a break, he loaded without hesitation.
Posted by Loisaba Wildlife Conservancy at 7:28 PM